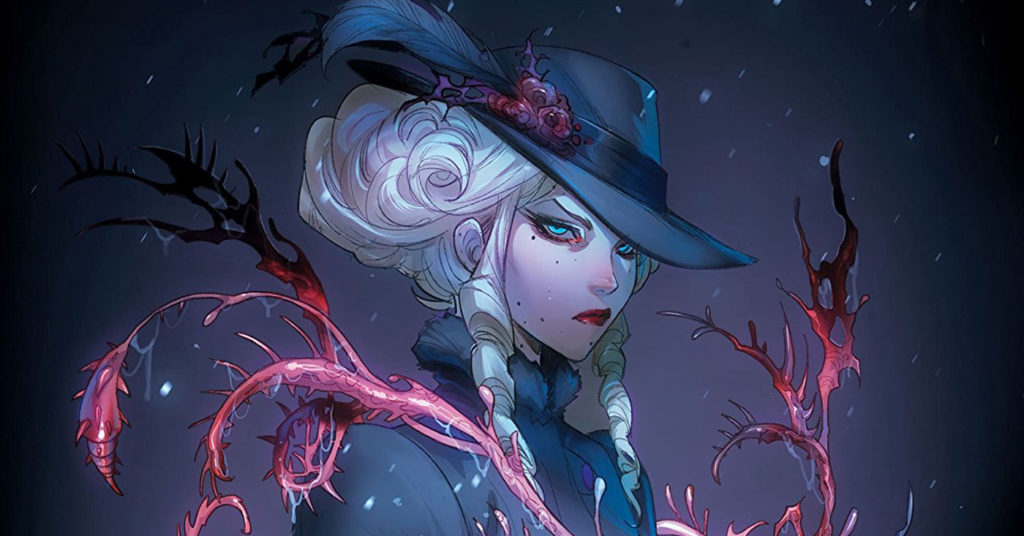 ‘Mirka Andolfo’s Mercy’ No. 1
Writer and artist Mirka Andolfo
Review by Ashley Cornell, The Great Escape Louisville
It’s the anniversary of a horrible mine explosion and the Victorian mining town of Woodsburgh has fallen victim to a series of vicious murders. Rumors are spreading that they’re the work of the Devil of Woodsburgh, and a mysterious snow is falling out of season. On top of this, a strange and beautiful woman has appeared past curfew.

Mercy is a Victorian horror story that is predominantly the solo effort of Italian creator Mirka Andolfo. The release of “Mercy” marks the U.S. release of the English translation and follows the U.S. release of “Un/Sacred,” another solo work by Andolfo. This newest work is the story of Eldritch Monsters, murder and superstition in a small community. The grim story is full of interesting characters whose stories appear they may yet converge.

The Lady Swanson, revered by some and hated by others, is haunted by visions of horrible creatures; an orphan prays every night to an altar dedicated to her missing mother; and just who is the beautiful Lady Hellaine? What is preying on this small village and how can it be stopped?

If you’re a fan of “From Hell” or “Crimson Peak,” this comic is right up your alley. If issue No. 1 grabs your attention, you can pick up No. 2 on March 8. 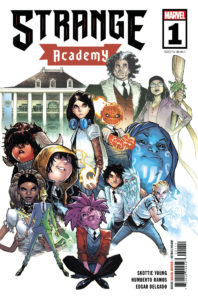 ‘Strange Academy’ No. 1
Writer Skottie Young and artist Humberto Ramos
Review by Krystal Moore, The Great Escape Louisville
Emily Bright is a young girl who believes herself to be a magician. Her parents, on the other hand, know there’s a difference between using real-life magic and being a magician. And so they’ve asked her to hide her talents, afraid she’d be taken away from them. This plan works until a tragedy shows just how powerful her talents are. A fellow sorceress saves her from the fallout and approaches the family about a school for children like Emily.

Of course, the title of the book lets the cat out of the bag as to the founder of this school. Doctor Strange has placed the new school, hidden in plain sight, in the center of New Orleans. We meet some of the other students, including two brothers from Asgard. No, not those brothers, but they are just as different and yet, so similar.

When we finally meet the mysterious doctor, his final piece of advice for his students is: “… try not to die.” The always amazing Skottie Young is the writer, with gorgeous art by Humberto Ramos. The splashy, bright colors by Edgar Delgado are a perfect fit for this magical tale! Issue No. 2 should be on sale April 1.