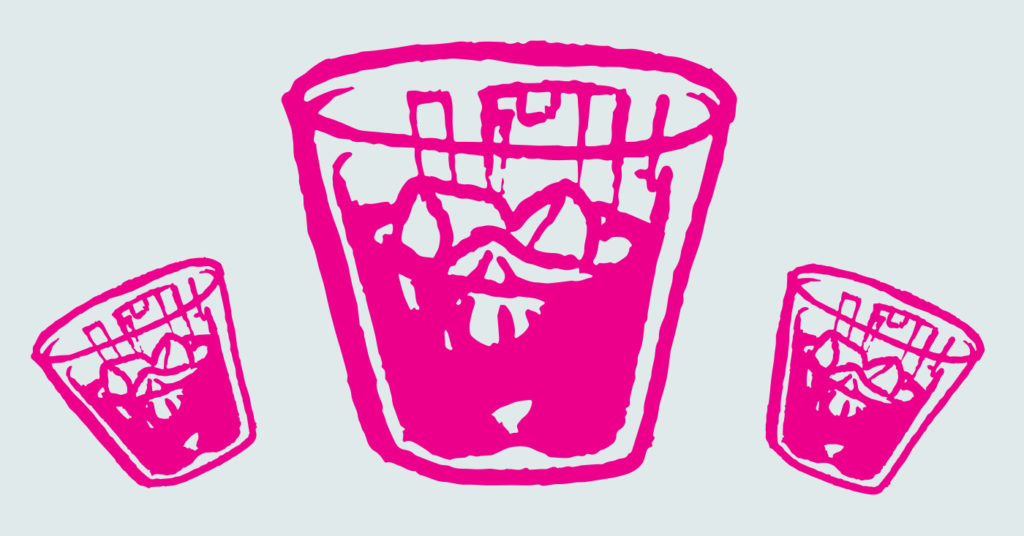 So, this may come as a bit of a surprise to you, but I’ve been Black for… let me think… all my life — which, according to Malcolm Gladwell, makes me an expert at it (I tend to agree). I’ve mastered avoiding the police, picking up on passive racism and knowing you aren’t really cleaning unless you have Sade or Anita Baker in rotation. In comparison, I’ve been bartending for only about five years, which to any lifer means ‘I don’t know shit’ (fair). So, when I was repeatedly asked the question, “Why are you pretty much the only Black bartender in this city?”, I found myself never having an answer. Through the years, I began observing the inner workings of the industry, and over time, my answer revealed itself through the conclusion of my observations. What is it, you ask? Even in 2020, inequality is still alive (and well) in the service industry.

I’m no stranger to the bar culture here; I’ve been frequenting bars in this city since the moment I turned 21. I have a lot of memories from these places… are these memories crisp? Absolutely not, but even through the foggy eyes of a brownout, it’s clear to see that there’s hardly anyone who looks like me working behind bars. Now, that’s not to say Black people don’t work in the world of food and drink. In my career, I’ve never failed to work with someone who is Black at a restaurant (and I am somewhat of a collector of W2s).

What I am saying is, those same Black workers are not where you can always see them.

Though these positions exist, they are far too often limited to the dish pit. Sometimes you’ll see a handful of jobs occupied by Black line cooks — working alongside superiors who look nothing like them.

This makes no sense because it’s no secret that Black people thrive in the world of entertainment. A bartender is an entertainer who serves you booze. We should have some of the most substantial presence in this space, yet we don’t. This is especially upsetting considering I work in the parts of town that are considered the most progressive, forward-thinking, and all-inclusive.

With the view of the bartender going from being considered “the help” to virtually the “front of house chef,” this once-belittled role is now seen as prestigious; especially in these newly gentrified, avant-garde, “PBR is lifestyle” neighborhoods that house the places getting all the write-ups. While the overarching theme of these neighborhoods may put off serious “urban” (hate this word) vibes with graffiti-coated bathrooms and hip-hop proms, it seems the business owners and key executives running these dining and drinking establishments have yet to get the memo. In a society where equality takes the lead role, it seems Black men and women, along with all people of color, are still only offered stagehand positions.

At this point, my readers who are white are inevitably asking themselves, “Why is this?” To break down all formalities and be raw with the Louisville (and hopefully greater service industry) audience, let me explain. Black people, as well as all people of color, are not seen as capable of being the face of a business — that is unless the company is based around Blackness.

‘Dante, If that’s true, how are you able to bartend?’

I’m an easy hire, straight up. I went to private school (shout out to Papa Doc… I mean Clarence). I have a permanent interview voice, drive a Volkswagen GTI, drink Buffalo Trace and can argue Kirk Hammett guitar solos just as well as I can Gucci Mane mixtapes (“Ride the Lightning” and “Mr. Zone 6” respectively). I’m not trying to be anything but me, and, luckily, it aligns well with the restaurateur and managers who hire. The only thing edgy about me is my sleeve consisting of “Star Wars” and “Seinfeld” references. Yet, I still have to prove my worth no matter what I accomplish in this industry. I rarely get afforded the benefit of the doubt, and when I do, it’s because someone white had to vouch for me. I also make it a point to limit my mistakes because I know they often get magnified by my skin tone. So, I can’t imagine what it’s like for the vast majority of people who look like me that didn’t grow up in an environment like I did; one that helped me thrive in an industry built for all of us to be hidden.

In 2020, a year where everyone is pushing this narrative of being yourself, it seems like people of color still have yet to make the script. I’m absolutely here for people identifying however they please. You can rock lumberjack beards, while wearing MAC lipstick and a pair of BCBG heels. I’ll be right there, telling you you’re killing it and cussing out any ignorant MF trying to throw shade. I’m a proponent of living your life to the fullest — be you. But… I want that same energy for people of color who rock durags, dreads, gold teeth and chains. You can’t label yourself as inclusive while discriminating against anything you’re not used to or don’t understand. You are just riding the wave of an agenda that’s easy for you to support because you want to be an ally, or woke. That’s clown shit, beloved…

I’m well aware that I’m lucky; I’ve had some dope ass jobs and met some fire people. Therefore, I’m not going to sit here and say that “all white people are racist.” I have no interest in trying to communicate that type of sentiment because I don’t believe it, and accusation with no action fixes nothing. This type of blanket accusation creates nothing more than an environment of hostility and my anxiety is too much for all that shit, bruh.

What I am asking for is less segregation and more true inclusiveness. The only way you will get more comfortable with something or someone is to spend more time around it and embrace all it has to offer. Lucky for you, there’s no better way to work on acceptance than doing so in restaurants. For centuries, people used breaking bread as a way to find common ground. To this day, restaurants and bars help do the same by shaping cities/neighborhoods — showcasing the ideas and cultures within them. Hiring people of color outside of the back of house gives opportunities for engagement, builds trust, and helps change stereotypes that have plagued the Black community for its entire existence in the country. This approach sparks real change instead of the surface level BS used for photo ops and articles.

I already know what you’re thinking, “nO Black PeOpLe ApPlY fOr FrOnT oF HoUsE.” Well, let me ask you this: Why waste your time applying for a job if you know you’re not wanted? It’s not that we don’t f** with bars. I see a Blackity, Black, Black event in a bar owned by white people almost monthly at this point. The event will be a huge success, get monetized and is seen as something dope for the culture, but when you check out the host bar the next day, not a drop of chocolate in there. Don’t you think it would behoove you to look at your business or, better yet, at yourself and see why a whole group of humans are avoiding your place like grim death? Making yourself truly inclusive will not only make you a better person — it will also make your business better.

Cocktail No. 5
1 bottle of wine
1 mirror
1 chair
Pour wine in a glass.
Put a chair in front of the mirror.
Have a seat.
Ask yourself, “Am I afraid of Black people?”

Dante Wheat is a freelance writer and beverage director for 502 Bar & Bistro who also bartends at other establishments in Louisville.