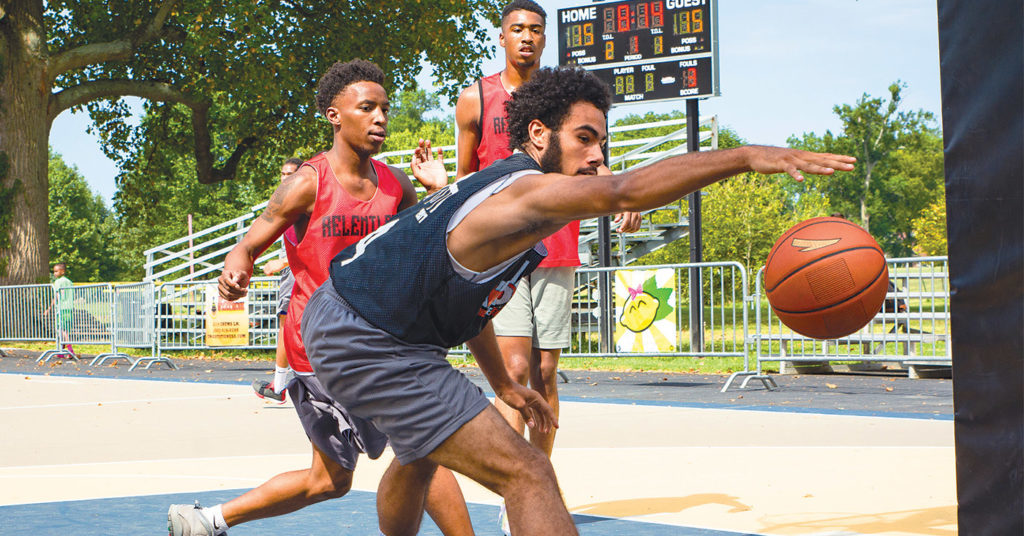 A photo from the 2019 Dirt Bowl. Photo by Nik Vechery.

We know you’re bored. We know you’re trying to stay home. We know the mountain of coronavirus content is overwhelming. So, we reached back through our archives and found eight fun stories — all of which have nothing to do with global pandemics — for your entertainment. Enjoy.

‘The 2019 LEO Playlist: Our Favorite Local Songs Of The Year’
At the end of every year, we compile our favorite new songs from Louisville musicians. Last year was a particularly great year, with new music from 1200, White Reaper, Wombo, Bonnie “Prince” Billy, GRLwood, Joan Shelley and many more. Read about and listen to those songs here.

‘Once More a ‘Patriot’: A Veteran’s Call To Teach’
After a 29-year career in the military, Fred Johnson felt another call to serve, this time as a teacher at a school with a large percentage of underprivileged kids. Read his firsthand account here, which chronicles the steep challenges and great rewards of his journey.

‘History, Community And Talent Fuel The Dirt Bowl’
The second-longest running outdoor basketball tournament in the United States, the Dirt Bowl, takes place in West Louisville. Its rich, important history includes basketball legends who played, its connection to the community and challenges it endured to continue. NBA stars including Darrell Griffith played in it. Read Scott Recker’s long-form story on the 50th anniversary of the Dirt Bowl here.

‘A One Way Ticket to Flavortown: Thoughts on Guy Fieri’s new Louisville restaurant, Smokehouse’
Guy Fieri, an over-the-top reality TV chef and restaurateur who has inspired many memes, opened a spot in Fourth Street Live in 2016. Michael C. Powell dug into the earnestness of Fieri’s outsized persona and how his everyman approach has sealed his legacy. Read it here.

‘Into the mythic: A visit to the intricate and addictive world of ForgeHall, a local, live action role-playing game’
Writer Allie Fireel went to Glenn Wood Hills Camp and Retreat Center to get a little glimpse of ForgeHall, or Louisville LARP, a wholly original, fully-immersive LARP that runs four or five full weekends out of the year. It’s an evocative, detailed look into the local world of live action role playing and the massive storylines and intense logistics that go into it. Read it here.

’10 great hiking trails within an hour drive of Louisville’
The outdoors are one of our few connections to any semblance of normalcy right now, so writer Ethan Smith figured it was a good time to remind you of this list of places to hike that are within a short drive.

‘Who is the real ‘Lady in Blue’ of Seelbach Hotel?’
In 1936, a woman was found dead atop a dummy elevator in the Seelbach Hotel. In 1987, a Seelbach employee reported seeing a ghost, a ‘woman in blue,’ in one of the hotel’s hallways. It started a series of rumors and strange truths. Read here what writer Lisa Pisterman when she worked methodically to get to the bottom of it.