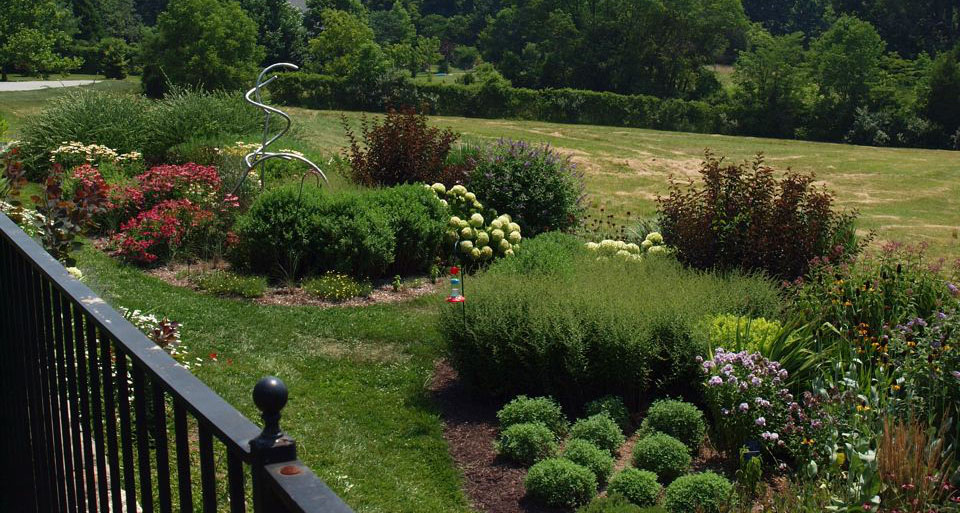 [Ed. Note: After this article was published, Yew Dell Botanical Gardens announced it will close to the public until April 6.]

Fringe X
Facebook Live
8 p.m.
The Louisville Fringe Festival presents an evening of virtual entertainment. It’ll be streaming performances from local artists — you’ll have to watch to see who. And the surprises don’t stop when the feed does. Throughout the pandemic, Louisville Fringe will be soliciting videos of performances from local artists. Each day, it’ll post them to its Facebook page along with a link to the artists’ Venmo. So, while you hunker down, follow along.

Every Day, Or, Until This Shit Stops

Yoga Without The Studio
Feeling jittery about heading to your exercise class? Some Louisville yoga studios are responding by streaming their practices. The Inner Warrior starts broadcasting to Facebook Live on Monday with Gentle Yoga & Breathwork and Hatha Yoga (the videos will remain up on the page, so no worries if you miss out). 502 Power Yoga is also offering virtual classes via Zoom for $10.

Get It To Go
Starting at 5 p.m. Monday, Gov. Andy Beshear will shut down the dining rooms of all restaurants and bars throughout the state. But, don’t despair if you’re hungry, and your local Kroger has been raided — the governor is still allowing carryout, drive-through and delivery. Check out your favorite, local restaurant’s Facebook page to see if it is still operating (many are). If you’d rather cook at home than eat at your fave, buy a gift card to keep them afloat!

Make America Read Again
Louisville’s libraries are closed, but you can still borrow e-books and audiobooks. Although many are checked out, there are unlimited copies for some titles. May we suggest “Little Women” if you cried throughout Greta Gerwig’s movie remake (the novel holds up). Or, try “The Death Shift” by the award-winning investigative journalist Peter Eklind, a true story about a nurse and the many children who mysteriously died under her care at a San Antonio hospital in the ‘80s. If you still refuse to read, even in a pandemic, there’s “Everything I Never Told You,” an audiobook from Celeste Ng. You may know her as the author of last year’s bestseller “Little Fires Everywhere.” This is her first book — about a mixed-race Chinese American family dealing with the drowning of their middle daughter.

Explore Yew Dell Botanical Gardens
Getting outdoors can be a good way to escape your home while not putting yourself especially at risk for contracting or spreading coronavirus. And Crestwood’s Yew Dell Botanical Gardens, with 60 acres of hiking trails and gardens, is a scenic place to break your fever (cabin fever, that is), especially as its spring flowers are just starting to pop up, including daffodils, yellow forsythia and hellebores. Yew Dell is open Tuesday through Friday, 10 a.m. to 4 p.m.

Listen Local
Venues are closing and bands are canceling tours, but you can still enjoy local music by listening to this monster playlist of bands that have played at Kaiju: punk, hip-hop, psychedelic rock — you name it, you’ll listen to it.

Explore The World… Virtually
Don’t: book that cheap ticket to London (hypothetically, there’s a travel ban you know). Do: visit Buckingham Palace virtually. Here’s a list of landmarks (not made by us) that you can tour through your computer, including Anne Frank’s House, the Great Wall of China and The Louvre.

Start Running
You’re never home on a weekday. You’ve never lived through a global epidemic. You’ve never ran. Now is a time for firsts! Running is a way to be outside and active without having to linger too long around others. And, if you’ve never done it before, the C25K app (couch to 5K) actually works. It starts out prompting you to run for one minute and to walk for 90 seconds until you’ve tortured yourself for 20 minutes. And, the program lasts eight weeks, so you’ll be running three miles by the time this is (hopefully) over. Go ahead, sign up for that race now.

Listen Up
There are so. many. podcasts. And sometimes, it can seem impossible to keep up with them. But now, you finally have the time. We suggest some of our favorite local ones: Dig a newish podcast from the Kentucky Center for Investigative Reporting, documenting its revelatory stories. The first season is about the city’s disturbing lack of investigation into rape cases. My Old Kentucky Podcast is an informed, weekly dive into Kentucky’s political news and a good way to keep up with what’s happening in the legislative session — or, since it’s suspended, to see all the insanity that you’ve missed. And, of course, there’s the LEO Podcast archives, which include several interviews with Louisville brewers and a discussion between U.S. Rep. John Yarmuth and the Democratic Socialists of America about Medicare for All.