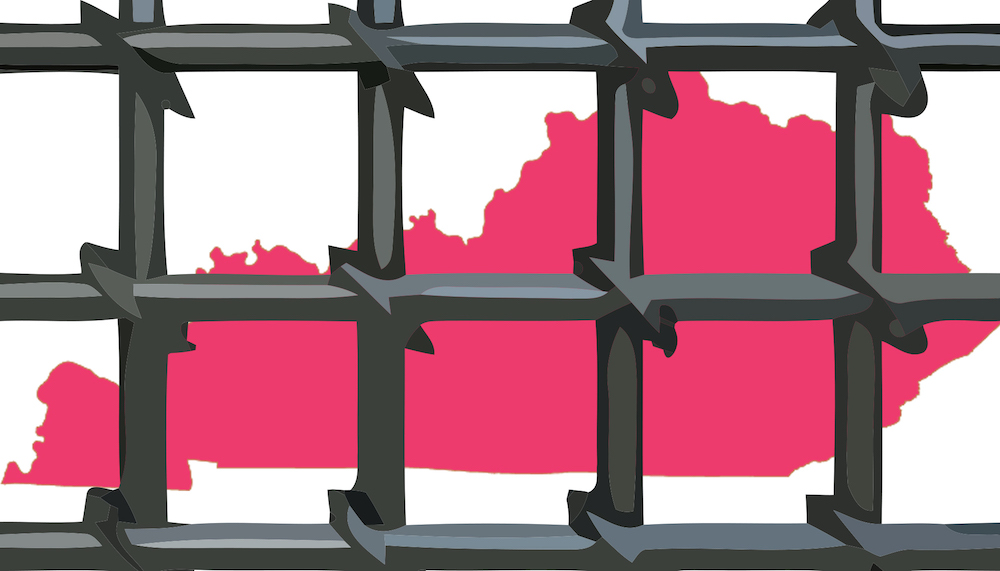 Today is my brother’s 35th birthday. Most of my friends are in their 30s, so we can all relate to that poignant moment — a birthday often celebrated alongside career and familial milestones. In 2015, my brother, Brandon, was sentenced to 27 years in prison for nonviolent drug offenses.

Brandon has been in protective custody at Eastern Kentucky Correctional Complex — aka, solitary confinement — since July 3, 2019. He’s in protection because he dropped out of a gang in prison, desperate to get his life together and be able to make parole in 2021, to be able to come home, rehabilitate and finally watch his children grow up. He can no longer be in general population at this prison because his life is in danger for defaulting on this gang (and he’s been attacked by them multiple times). He’s been waiting for months to be transferred to another prison, as his transfer has been approved by Frankfort, thanks to two of my amazing friends, yet the state Department of Corrections continues to let him wallow in agony, alone, day in and day out.

I am using this moment, on my brother’s birthday, to spread the word about the atrocities of the U.S. prison system. I truly believe that, despite my brother’s transgressions — and he’s had many, believe me — he is a victim of a broken and corrupt system that is designed to incarcerate poor folks and people of color (and I am certain his situation could be far worse if he were a Black man. Even in his nightmarish situation, he is still white).

We all typically get to feel pretty wonderful on our birthdays, surrounded by friendship and love. I know I did less than two weeks ago. My brother told me recently, “Imagine going in your bathroom, turning around, shutting the door, and not coming out for seven months. And people bring you your food and the phone through a hole in the door.” That’s what his birthday is like today. So, if he doesn’t get to feel good and loved and eat sweet treats today, the very least I can do is hope that one person will read this and be motivated to take action in his honor. Incarcerated people are people.

With Brandon’s permission, I am sharing some of a letter he wrote to me at the end of last year. If, for some reason, you’re still in the camp of “do the crime and do the time!” or, “they shouldn’t have messed up in the first place!” or any other rationale that folks may conjure up in defense of the incarceration of millions in our country, read this.

Understand the suffering and pain and Deep Corruption. -Tell someone else about it, too.

“Kels! Last time I wrote you I told you I would tell you about Eddyville, which is a whole other world. I’ve been there twice. It’s officially called Kentucky State Penitentiary, aka The Castle on the Cumberland. It’s KY’s only supermax joint where they house all 37 of the death row inmates we have. All the cells have bar doors like Alcatraz, it was built in 1882. So I was always grateful to wake up in the mornings. They have two holes there, three-cell house and seven-cell house. Seven-cell house is newer and out back by the new death house, where they kill you with lethal injection, since they decided to get rid of old sparky the electric chair. …

[T]here was a huge riot on the yard and we were in total lockdown for two months. When we finally got to leave the cell to go to the chow hall, we had to walk single file line with heads down, no talking. There were more COs than I had ever seen in full riot gear, and their dreaded wooden sticks. Once we got our trays, we had to sit down look at our tray not talk and had seven minutes to eat. If you so much as looked at the guy next to you, they took you to the ground before hogtying you with plastic cuffs ankles and wrists and packed you to the hole with the stick, I mean actually ran the stick through the cuffs and packed you like a hog, one CO in front and one in back. … I know all this because it happened to me.”

There is so, so much more I can share, and I probably will. But today, I hope you’ll take this moment and get mad with me. The more I learned about the heinous acts and this completely and totally unjust, for-profit system, the more I was able to mend my relationship with my brother and grow as a person. Take action now — support prison reform initiatives and political action that will make change. I know the candidates I support have the most comprehensive and attainable prison reform goals and plans to end mass incarceration. Do your research and go all in. We need everyone to make things better. Happy birthday to my brother.

I hope next year we can spend it together.

Think about donating to the nonprofit, nonpartisan Prison Policy initiative, which “produces cutting edge research to expose the broader harm of mass criminalization, and then sparks advocacy campaigns to create a more just society.” Go to: prisonpolicy.org •