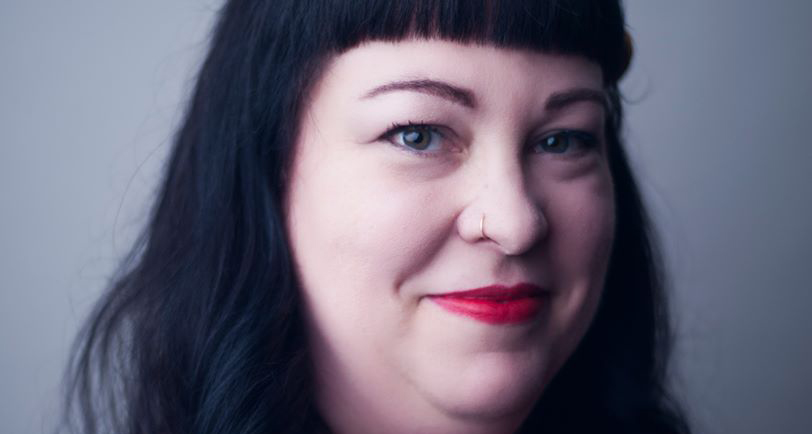 It seems fitting that St. Valentine was a martyr.

After all, his legacy is a cornerstone of the “obligation holiday” trifecta that includes Mother’s Day and Father’s Day. Obligation holidays are the worst because they’re a lot of work, no one enjoys them, and everyone goes to bed disappointed. They’re also the worst because they’re symbolically loaded. Whatever you do for your beloved on Valentine’s Day is a representation of your eternal devotion, and that’s a sentiment poorly expressed by a teddy bear with heart-shaped paws.

Then, there’s the pressure to perform sensual, relationship-affirming sex.

It needs to be Valentine sex, though, so maybe take some time to create an atmospheric playlist — but be warned that the playlist will raise the stakes and probably create even more pressure (pressure in the bedroom is fun, right?).

Couples, I feel you right now.

I wouldn’t want to be the one pretending to love the cellophane-wrapped carnation-heavy Kroger bouquet clearly purchased at the last minute or trying to get it up for someone who has infuriated me all week by refusing to clean that glop of grape jelly they left on the counter.

But it’s not so great on this side, either.

It feels impossible to write about being alone on Valentine’s Day without resorting to Bridget Jones’ language of “smug marrieds” and “sexy singletons” (or wait, was it “sad singletons”?) because there’s such an air of pity for singles this time of year. We’ve just watched another round of cuffing season unfold, and it’s already time for touching Instagram tributes and reposted wedding photos posted by women I secretly wanted to marry myself.

It’s not the best time of year, but the part I hate most is how a lot of my fellow singles react to the holiday.

Insecurity makes singles do crazy things like embrace the knuckle-dragging creatures called inspirational quotations. Around Valentine’s Day, these quotations take on a specific flavor, working to assert that the reason the person in question is single is because they’re simply too wonderful for anyone to handle. There’s lots of talk about “not settling” and being “too intimidating” and, of course, the ubiquitous: “If you can’t handle me at my worst, you sure as hell don’t deserve me at my best.”

I’m not lonely, they insist. I’m brave, like Marilyn Monroe.

A lot of deep thinkers also like to point out that Valentine’s Day was fabricated so we have to buy stuff. Welcome to America, friends.

Someone recently reminded me that “at least there’s Galentine’s Day,” as though I had expressed a Valentine-shaped void in my life, but I can’t get on board with that, either, no matter how much I love Leslie Knope. This consolation-prize holiday reminds me of when all my third grade classmates wore their Girl Scout uniforms in a town parade, and my mom made me wear my AWANA vest so I could march along with them and feel like part of the group (side note No. 1: I did not feel like part of the group; side note No. 2: At least 50% of my personality is due to that experience).

We don’t need a special day for it.

Valentine’s Day is fraught, and since we can’t agree how to do it right — other than the annual Va Va Valentine show, thank you Vixens — I think we can solve the holiday by looking deep inside a box of candy conversation hearts.

Candy hearts are getting it right, and nobody is picking up on the signals.

Valentine’s Day has been neatly categorized as a couples’ holiday — why else would I be asked to write about being single on Valentine’s Day? — but it’s capable of being so much more. Now that, as think pieces are constantly telling us, nobody can make a personal connection, it’s the perfect time for Valentine’s Day to rebrand itself.

Couples: You’re in love, you’re doing your thing, and you deserve a day off. That day should be Valentine’s Day, which is due for a sexy makeover. Where’s Jonathan Van Ness? Forget the flowers, romance and novelty toys (unless you’re talking about a heart-shaped vibrator); this holiday should be for singles. Valentine’s Day needs to change its demographic and appeal to single people by offering us what we need; not inspirational quotations but a holiday when the collective goal is to meet someone and have nonobligatory sex — not on silk sheets or rose petals, but on IKEA sheets already on the bed.

There’s probably also a cat watching from the dresser, and you can hear your temporary lover’s roommate playing video games in the next room, but that’s all OK, because you’re there, which means Singles’ Valentine’s Day has done its job.

Some might say we already have a holiday specifically designed for hookups — Halloween — but Halloween is about scares and costumes. However, you can absolutely dress as a sexy nurse on Singles’ Valentine’s Day — you can do whatever you like. It’s like a nonviolent, sexual Purge. One day a year, we could forget that dinner party we weren’t invited to because we weren’t part of a couple, step outside, and yell into the universe, like Ilana Wexler, “Wanna Fook?”

Is Singles’ Valentine’s Day the sexual equivalent of hiring a maid rather than washing the dishes myself? Not at all — it’s like going to a bar and finding someone who loves to wash dishes. I like to think of it as turning the real world, for one night, into a dating app. A drawback is that you’ll have to say ‘no’ in person rather than your go-to move of ghosting, but the bonus is that everyone will look exactly like their photo.