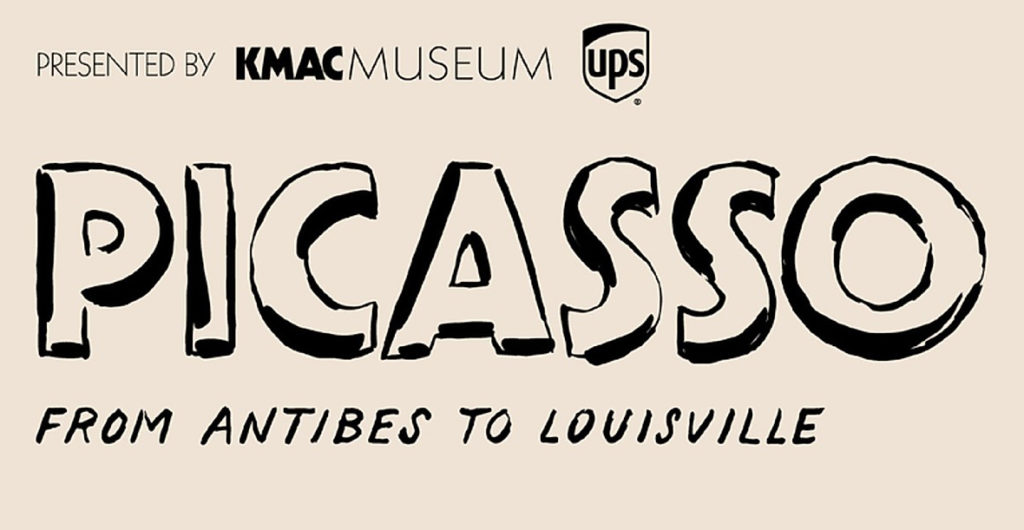 Pablo Picasso has gotten so well-known and mainstream that people forget just how revolutionary his art was. The wall-to-wall works in “Picasso: From Antibes to Louisville” could change that, jarring the mind just enough to make viewers feel the controversy. And there’s plenty of it, both creatively and personally.

The exhibition’s 52 ceramics and works on paper were created from 1931 to 1956 and are from the Musée Picasso in Antibes, France (Antibes is a resort town on the French Riviera, one of Picasso’s favorites). This is the first time the collection has been seen outside of Europe. Because of Picasso’s place in art history (as the co-inventor of Cubism early in his career for which he was famous for most of his 91 years), KMAC Museum knew a show of his work would bring visitors to the museum. How it came about was serendipitous.

Aldy Milliken, the executive director of KMAC Museum, said making it reality was “really all about connections.” In 2016, he met Jean-Louis Andral, director of the Musée Picasso Antibes, and he was looking for locales to share Picasso’s work. “And Louisville seemed a natural fit. The addition of UPS as a sponsor and logistics partner of the exhibition made transporting the works feasible, and things just snowballed from there.” The exhibition inhabits the second floor. Whether you’ve seen a lot of Picasso works, or none, take time to soak it all in. It’s rare to see this many Picassos in one space.

Works on paper line the walls. The drawings, such as “Faune assis jouant de la diaule et chevreau allongé,” are in graphite or various combinations of charcoal, graphite and oil paint on vellum. The seven ceramics in the show, like “Oiseau et fleurs,” are made of decorated white earthenware. A few are on display in the front gallery with the majority in the back. Also in the back gallery is a quintessential Cubist work, “La Femme à la fenêtre.” Twenty photographs by Michel Sima from the late 1940s show Picasso working and posing with artworks and friends. Across the gallery is the excellent “Vollard Suite.” Commissioned by the art dealer Ambroise Vollard, Picasso created 100 etchings in a mix of Cubism and his self-described Neoclassic styles. The reoccurring mythological themes featured some Picasso favorites: the bull and Minotaur, along with his lover at the time, Marie-Thérèse.

Which brings us to the bull in the room. KMAC Museum knew it had to deal with Picasso’s reputation as a misogynist and womanizer (Marie-Thérèse was a teenager, and Picasso was 45 when he first pursued her). Picasso’s attention was all-consuming,  until it wasn’t. Many mistresses had mental breakdowns, and two women committed suicide after he left. “We’re very aware of Picasso’s complicated and abusive history with the women in his life,” said Milliken, “and we’ve really made an effort to encourage our visitors to comment on that history as part of the exhibit itself and to dig deeper with our exhibition programming. The breadth of Picasso’s energy to create is impressive, even if you don’t like the work he created. I think a new generation of artists are finding that they don’t approve of his representation of women, but they respect what he was able to accomplish artistically.

To discuss this aspect of Picasso’s legacy, the museum is hosting “Call Out or Cancel: Picasso in the Age of Summer Wheat” on Feb. 22. (Wheat’s exhibition is also on display at KMAC.) The panel includes Erika Holmquist-Wall from the Speed Art Museum; Dr. Miriam Kienle, Professor of Art History at UK and regional chair for the Feminist Art Project; and local artist Gaela Erwin. Ramona Lindsey of the Community Foundation of Louisville is the moderator. •