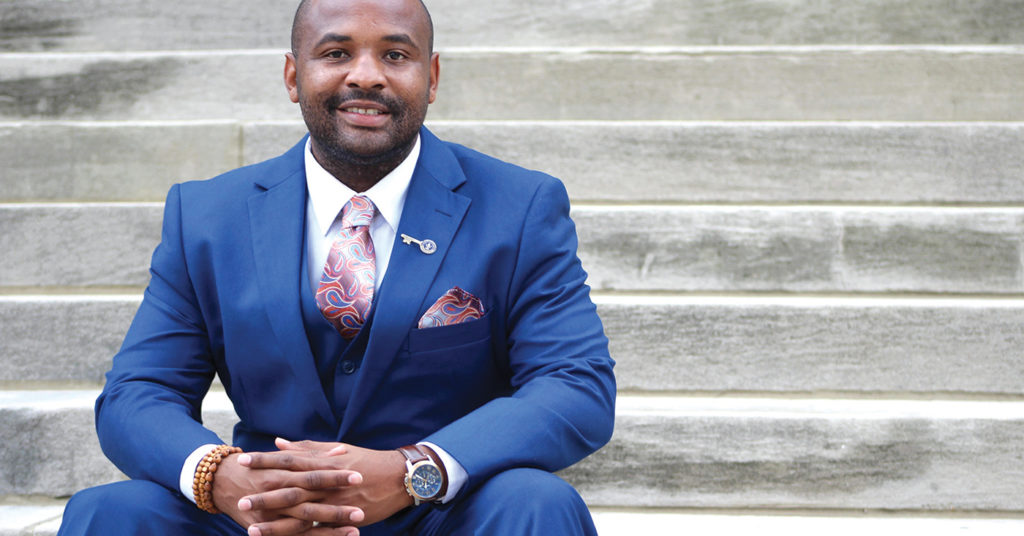 Lavel White was a high school junior living in the Beecher Terrace Housing Complex in 2004, when an unarmed black teen named Michael Newby was killed by a Louisville police officer during an undercover drug bust. White first picked up a camera to document the community outrage that followed the Newby shooting. The incident also inspired White to make his first film, 2008’s “Young Black Voter,” in which White traces his personal journey from disengaged youth to filmmaker.

White made “Young Black Voter” while he was studying communications at UofL. After graduating, he formed Blu Boi Entertainment. His other films include “More Than Bricks And Mortar: The Sheppard Square Story” and “Cradle to the Streets,” a film about violence and incarceration in the young black community made with New Orleans rapper Master P.

The filmmaker’s latest project takes him back to where his career began — Beecher Terrace, which is being redeveloped by the Louisville Metro Housing Authority.

“The Beecher Terrace Story” is a 30-minute documentary that examines the history of the housing project and the role it played in the development of the Russell neighborhood. White hopes viewers leave his film with a new perspective on a housing complex known mostly for crime.

“You only heard about the negative things when it came to Beecher Terrace. But there were close knit families there, people that cared about each other and a lot of success stories. There are people who grew up to be doctors, lawyers and prominent political figures like state [legislators] Gerald Neal and Attica Scott,” he added.

Beecher Terrace was built in 1939 to house World War II defense workers but became federally-subsidized public housing after the war. Originally, the residents were mostly middle class Blacks, and Beecher Terrace had several amenities, including its own health clinic. But as the complex aged, it became known for violence and rampant drug abuse. In April 2014, the PBS show “Frontline” said Kentucky spent about $15 million a year housing prisoners from Beecher Terrace.

Louisville Metro Government received a $29 million Choice Neighborhoods grant from the U.S. Department of Housing and Urban Development in 2016 to revitalize the Russell neighborhood, including money to replace the dilapidated complex. The new Beecher Terrace will have 640 mixed-income rental and homeownership units. Construction of phases one and two of the project are expected to be completed by the fall.

White said he chose to focus on the personal stories rather than the overall social and political issues that led to Beecher Terrace’s decline. He interviewed more than 50 people over two years for his 30-minute documentary, which was funded by the housing authority. The filmmaker said most of the people he talked to acknowledged that the complex needed to change, but they also mourned some aspects of the community.

“Beecher Terrace had its troubles and issues, but it also had a rich, strong-knit community and family, even though they didn’t have a lot of money,” White said. “I wanted to highlight people like Miss Barbara Woodson Duncan, who told vivid memories of her living there as a young girl,” White said.