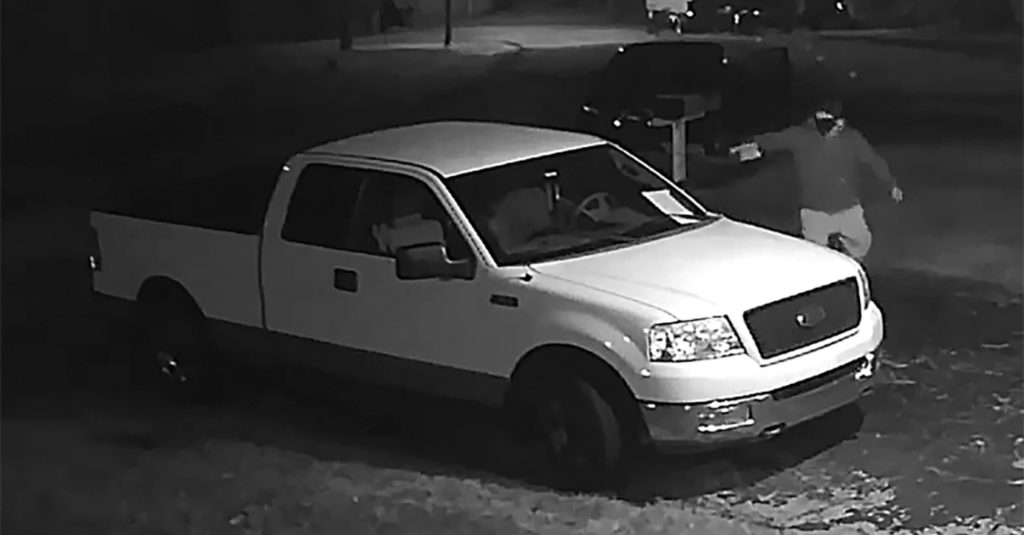 On Sunday, my parents’ truck was vandalized with paint, and a threatening note indicated that I was the reason.

“Inform Danielle Grady that she will be held personally responsible for any further graffiti,”  read the letter in a manila envelope.

Video footage from the early hours of the morning caught the driver of a car parking next to my parents’ house, about an hour away from Louisville. The driver walked toward the truck with a cup of paint and the envelope. They stuck the envelope onto the truck’s windshield, threw the paint and drove away. 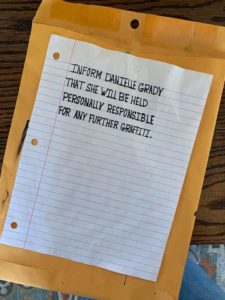 My parents filed a report with the police. On Monday, the officer who took the report was not available for comment

It’s not clear why I, a staff writer for LEO Weekly, was targeted.

But I don’t write about subjects that make everyone happy.

Three weeks ago, I wrote an article about the city of Louisville’s lackluster response to graffiti vandalism and its failure to protect hot spots and investigate incidents.

Two weeks ago, I wrote about Louisville residents who left the country because of President Trump and the other societal issues.

And last year, I wrote an article about Louisville’s Resist 45 taggers who have painted city property and billboards with protest graffiti since Trump’s election. That story was not an endorsement of the taggers but was meant to let them explain their motivation.

For some stories, I talk to people who have thought-provoking, alternative views. For other stories, I hold people accountable who don’t want to be. In some cases, if it pisses off people or makes them uncomfortable, I’m probably doing a good job.

When I initially got the news that my parents had been victimized, I felt disturbed and violated. But, a few minutes into processing the information, I already knew that I would not change the way I do my work. 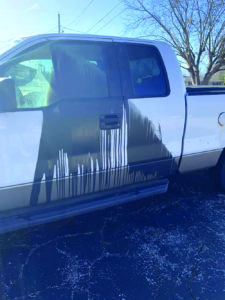 I will not change the stories I’m working on or the way I’m reporting on them.

I have received support from LEO editorial staff, my parents, friends and, after we shared the news on social media, our readers.

Louisville and our country has been experiencing an alarming trend of journalists and small businesses being targeted for political reasons.

In an article from Mother Jones published in 2018, the website’s national affairs editor interviewed half a dozen law enforcement and security leaders who said threats against journalists have spiked in Trump’s era of demonizing the press.

In Louisville, after vandals with paint struck the John B. Castleman statue, which depicts a former Confederate officer, possible political graffiti of the right-leaning variety has started to appear as well.

Last August, Day’s Espresso & Coffee, known to be LGBTQ-friendly, was splashed with paint by a lone vandal caught on video.

In late January, the Muhammad Ali mural on Bardstown Road on the side of the Doo Wop Shop was vandalized for the third time in a year. This time — splashed with paint.

These aren’t an attack on just one person; they’re attacks on groups and ideas, such as minorities and freedom of the press. We should all feel troubled by them, and we should support those targeted. •