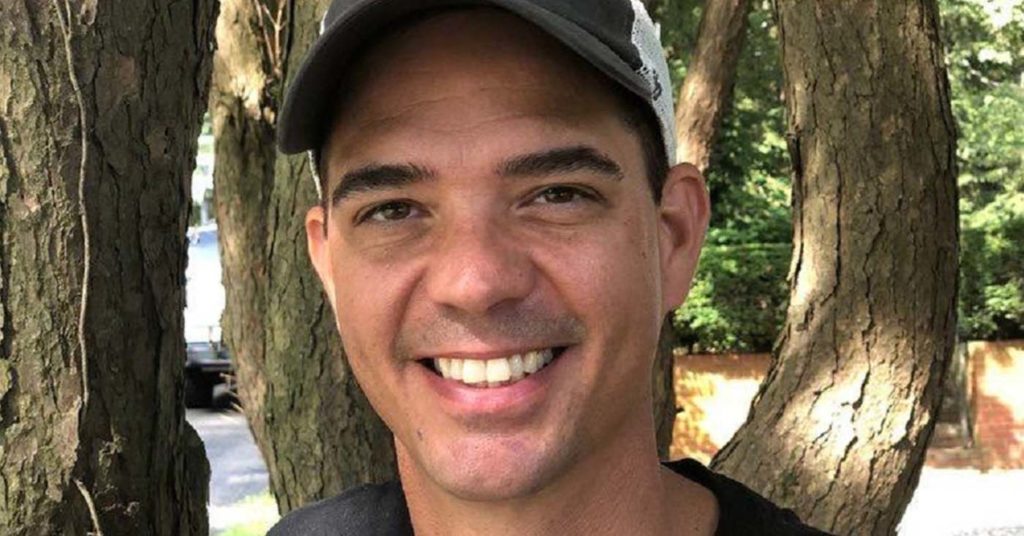 How old is comedian Brad Lanning? Even at 43, he is so old that when his kids got him a mug that says “King of the Dad Jokes,” he had no idea he was being called out (until LEO told him). “Dammit! My kids are calling me a hack,” he said with a laugh. Find out how else age is affecting Lanning when he headlines at Odeon with Melissa Doran.

LEO: Do you remember your first time trying comedy?
Brad Lanning: It was at The Caravan. I went up, I had two jokes, and then I had a topic I just planned to riff on for the last minute or so. That was such a dumb idea. I don’t know why I planned it that way. The jokes went great. The crowd loved them. Then, I got to riffing, and it was awful. But that first two minutes, the crowd of strangers laughing at the proverbial picture I was painting in front of them. It hooked me.

How has the comedy industry changed?
Oh, it’s constantly changing. Maybe I’m just getting older. Everything kind of seems new to me. But then again I started out in my 20s. Now, I’m 43. And I’ve never been a 43-year-old comedian before, so I guess everything should feel new.

As long as you don’t start writing ‘dad jokes,’ then you’re fine.
I don’t know what a dad joke is. I couldn’t sniff one out to identify it.

Those really lame, pun type of jokes. Like: ‘A fish swam into a wall and said, ‘Dam!’’
So, my kids got me a mug that says, ‘King of Dad Jokes.’ Should I take that as an insult now? [Laughs] Dammit! My kids are calling me a hack. They need to start showing me some respect. Oh, God, I’m so old I don’t even know what’s hackey anymore. I’m sitting here drinking out of a mug that says, ‘King of Dad Jokes.’ I had no idea those are frowned upon.

What is the funniest thing your kids have said or done?
One time, I was watching a game with [comedian] Eric Kimbrough. My 3-year-old walked up to him and said, ‘Eric, how did you get brown all over?’ This is the first time he’s ever brought this up, and I’m thinking, ‘Of all people you could’ve brought it up to, you brought it up to Kimbrough?’ Then, I’m thinking, maybe he’ll say something we can all get behind, like, ‘This is how God made me.’ ‘Everyone’s different.’ Whatever, just something. Kimbrough looks at him and says, ‘I’m brown from the boogie down.’ Which I really appreciate that. What am I supposed to do the next time I’m in a restaurant and this very mouthy 3-year-old turns around to a family and says, ‘You’re brown from the boogie down!’