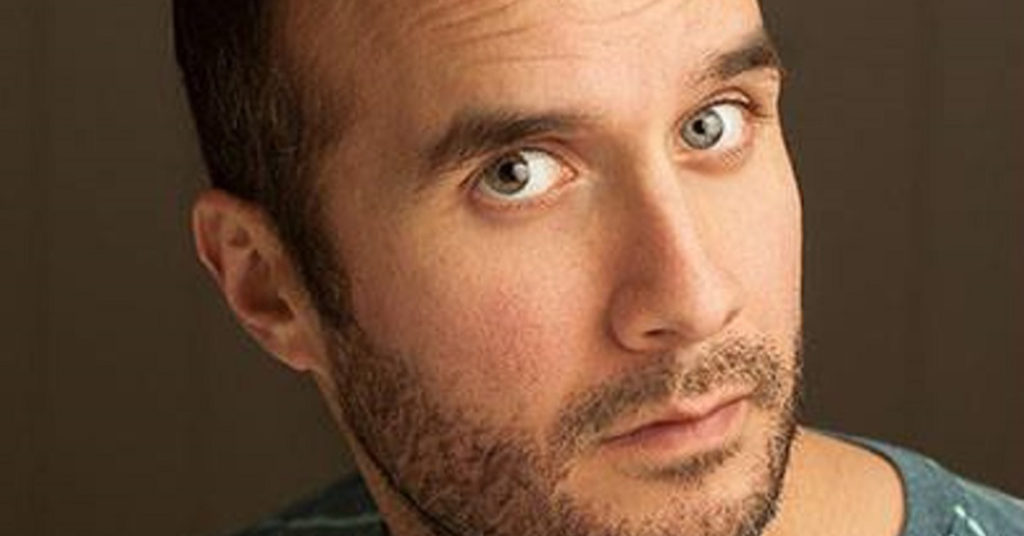 Born in Peru but raised in America, stand-up comedian Diego Attanasio brings the perspective of an observational outsider with a touch sarcasm to his comedy. Like when he told LEO about the wealth discrepancy and diversity of his native country: “It’s basically like Detroit with no Black people.” Catch Attanasio Saturday night when he headlines Comedy by the Bridge.

LEO: Do you have any memories of being in Louisville?
Diego Attanasio: I definitely got drunk in Louisville. It was at a house party. A house party filled with comedians. I met Tim Northern that night, who is such a great comic and nice person. I think it was at Rich Ragains’ house. He let me crash on his couch. He let me stay. There was a cookout. People brought over a ton of food. It was very Southern hospitable.

You were born in Peru. How long did you live there?
I don’t remember. I was very young, like 3 or 4, when we came here. I should know. I have a terrible thing where I don’t remember dates or how old people are or, you know, where my parents work. My two earliest memories are in Peru. The next one is of Miami, which is where we came first. My dad was born in New York but was raised in Peru where he met my mother. Then, he got a better job in the states, and since he had citizenship from being born here, he decided to bring us all here.

In going back to visit, what was Peru like after living a comfortable American upbringing?
It definitely is borderline third world, if not third world. There are some really nice parts, with shopping malls and such. It’s like a lot of South America: There’s a really broad spectrum in the wealth discrepancy. There’s a lot of money in certain places and a lot of poverty in a lot of places. There’s a European side of the country and a more indigenous side. Even the indigenous have very fair skin. I grew up in Detroit, so I tend to describe Peru as, ‘It’s basically like Detroit with no Black people.’

What got you into doing stand-up?
I was in college, and there was this talent show you had to audition to be a part of. I thought I would give it a shot. Well, I didn’t make it through the audition, but that made me work really hard practicing, and when it came around the next year, I got on the show. It was a packed house. It was an event put on by the college so everyone was sober, young and pretty smart — a very unrealistic scenario for any other show I would ever do after that. It was pretty ideal for a first time.

Do you remember the first joke you told onstage?
In those days, I was more of a one-liner type of guy. So, I’m not sure of the very first, but it was stuff like, ‘They say I before E, except in the fucking alphabet.’ Or, ‘I’m told don’t judge a book by its cover. But that’s where they put the reviews.’

There’s a long-running belief that all comics come from a messed up childhood. True?
A little bit, I think it’s true. I’m hard-pressed to think of any really great comics who came from truly stable homes. My parents had trouble in their relationship, for sure. I got in a lot of trouble when I was younger. I think of all of my friends who are comics, and I wouldn’t necessarily say they were bad childhoods, but there was definitely a lot of conflict. I don’t think it has to be catastrophic, crazy trauma or anything — but there’s definitely something to it. Even though I was so young, it was still kind of traumatic coming from another country. The cornerstone of my upbringing was that I’m different. I’m from another place. Everyone else has different names than me. Everyone has different traditions than me. All of the holidays are different. To that degree, I always felt like an outsider so that probably leads to me wanting to be the center of attention and wanting to fit in.

Natasha Leggero once told me, ‘Comedians with happy childhoods become improvisors.’
That’s hilarious. Brilliant. She’s right, though. Improvisors are always happy, and they have that pack mentality. I think she’s onto something. I’ll co-sign that. It’s something else to be a cynical, solitary stand-up. It’s weird to sort of hate the world, but still want everyone you hate to look at and approve of you. That’s kind of what stand-up is, that conflict between not caring enough and caring too much. •