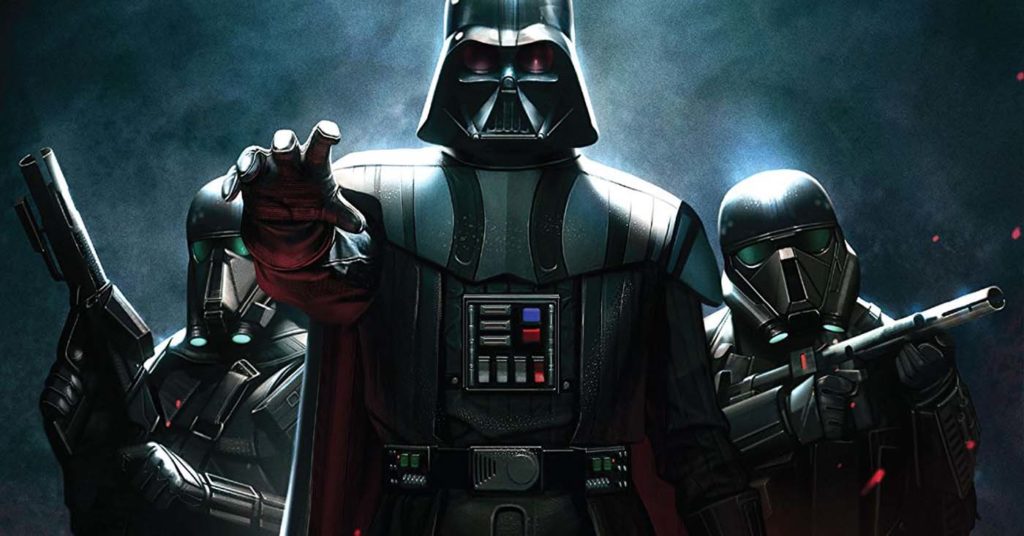 “Star Wars: Darth Vader” No. 1 starts at the end of “The Empire Strikes Back” movie. Marvel/Disney has been filling in a lot of stories from that time period, and it is considered canon by whoever decides those sorts of things. I haven’t read every comic that’s come out, but the ones I have read have been great. I’ve been a “Star Wars” fan since the beginning, so I tend sometimes to lean into that curmudgeonly hatred of new things in that world. If you’re the same type, take it as a good sign that I’ve actually really enjoyed these new pieces to the old stories.

Speaking of new pieces, this one may shake the foundations of the whole movie universe. It starts with Darth Vader deciding, after being rejected by his new found son Luke, to seek out those who hid his existence from him for so long. With the help of a snarky forensics droid, Vader goes back to Tatooine to investigate and, then, take revenge on the villains.

What and whom he finds will make your jaw drop. Needless to say, waiting for issue No. 2 won’t be easy! This awesome story is written by Greg Pak and has art by Raffaele Ienco and Neeraj Menon. This is one you don’t want to miss if you’re invested in the world of “Star Wars”!

Most everyone would be lying if they claimed they’d never gone to work sick. At Carrier Man Trading Co. LTD., a special strain of flu has broken out among the employees — a strain that’s “propagated by bad self-care and a toxic workplace environment.” There is one cure, and those unaffected have only to wait for the military to arrive with it. If, that is, the soldiers can get there fast enough.

For those unfamiliar, “Aggretsuko” is a Netflix-licensed anime that follows a young accountant, Retsuko, as she attempts to maneuver through the frustrations of working at a big company. The adorable, anthropomorphized red panda makes it through her day because she has one remedy for her problems: singing death metal at a karaoke bar after work. Each issue touches on a common workplace grievance, using humor and abstraction to address it.

This issue plays out just like an episode, as Retsuko and friends are chased down by the green, oozing crowd of sick coworkers. As reluctant as she is to being roped into the problem, the unassuming Retsuko proves to be an invaluable companion to have.