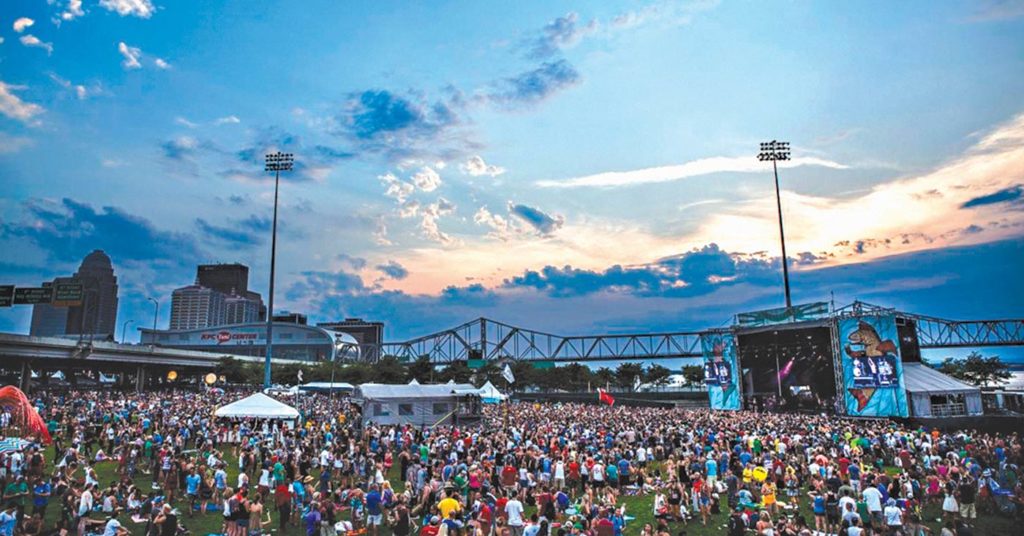 New year, same reactions. When the Forecastle lineup was released last week, anyone in Louisville with an internet connection probably ran through the usual gauntlet of happy emojis and irrational anger, the occasional thoughtful take scattered in for good measure. What you saw more or less of probably depends on the age and pessimism levels of your echo chamber.

Forecastle elicits strong opinions not only because we all love to argue about subjective and innocuous shit but also because Forecastle is the scrappy, little festival that could, the rare major music event started from the ground up, with its roots in a small get together in Tyler Park. It will never have the budget or power of its drugged-out and dusty step-sibling Bonnaroo, even though it’s owned by the same company, but in past years Forecastle has gone toe-to-toe with the Tennessee giant in terms of lineup. We’re all a little protective of Forecastle, and that’s OK. And this year, the skeptics and the happy-no-matter-what crowd each have their points. There’s definitely a lack of top-of-the-ticket excitement. But deciding on whether you want to go or not, the only thing that really matters, depends on your personal math, which we’ll get to a little later.

This year’s headliners, Jack Johnson, Cage The Elephant and The 1975, have less impact than usual. I’m not sure why Jack Johnson is headlining a major music festival in 2020. I’m happy for Cage The Elephant’s meteoric rise, but we’ve been given a pretty heavy dose of the band in Louisville for some time now, and there’s too much market saturation for them to bring any sort of wow factor. The 1975 does hit that sweet spot between having a song with more than 300 million listens on Spotify and a Best New Music score on Pitchfork for their latest album, hitting the crosscurrent between recent critical respect and a massive audience. It’s a given that this is all a matter of opinion, but a quick glance at the top names from the last few years of lineups does seem to indicate that 2020 is a particularly weak year for headliners.

But, there’s always much more to weigh than the top. Headliners might carry the most punch, but the middle of the lineup is what makes a festival worth spending entire days at. Some names that caught my eye were punk/soul/hip-hop forward-thinking scientist Thundercat, indie singer-songwriter Soccer Mommy, local hip-hop staple Jack Harlow, super talented alt-country troubadour Ian Noe, the versatile and sharp hip-hop collective Brockhampton and Andy Shauf, whose folk-leaning concept record The Neon Skyline is one of 2020’s best so far. Something that sets Forecastle apart is its affordability. Right now, you can buy a three-day general admission ticket for $135. A weekend, general admission pass to Bonnaroo is currently $339. For the sold-out Coachella, GA was a laughable $429.

So, the path to making a ticket worth buying is a bit less bumpy than it is at other large music festivals. Previously, I mentioned the only thing that really matters is personal math, and I have a very made-up, very imprecise equation that I use to make a determination. If I’m on the borderline of purchasing a pass for a festival, I always break the lineup into three tiers, each of which I assign a different dollar value amount, then I add up all the bands that I want to see, and if the final number is above the ticket price, then I buy the ticket. It’s less convoluted than it sounds.

There are usually six to eight lines of bands for each day of Forecastle. I count bands on the bottom two lines as worth $10, the headliner as $50, and everyone in-between as $20 — all roughly what you would pay to see those bands by themselves. If the total amount is above the ticket price, I buy. If it’s not, it’s probably not worth it for me. There, of course, are other factors, like your thoughts about baking in the Kentucky July sun for a couple dozen hours, how your brain handles large crowds and how many friends you have going.So, use my made-up equation, or make up your own, or buy tickets blindly, or refuse to buy tickets based on some sort of skewed moral stance. Because, we can all talk about the lineup in circles in perpetuity, but it’s really just a matter of opinion.