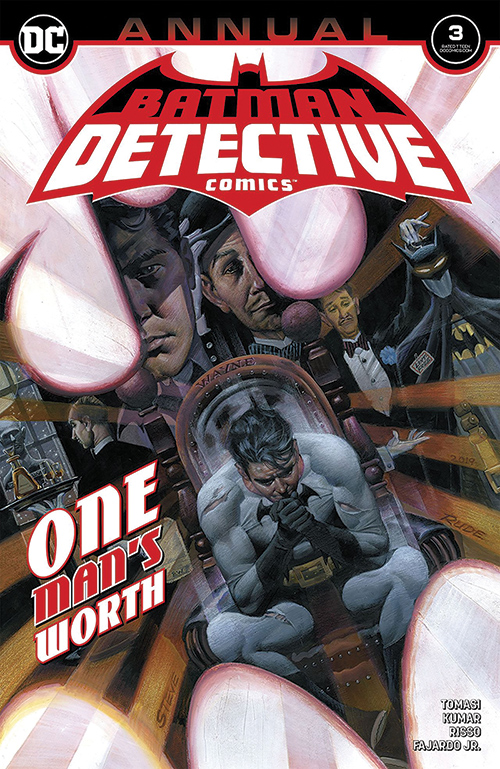 This story titled “Who Dares, Wins” opens with Batman’s butler and right-hand man Alfred Pennyworth back in the day, fighting Soviet spies and pulling off James Bond-level escapes. Flash forward to Gotham City, and Batman is rescuing a woman and her son from a fire, just an average evening for the Dark Knight. He returns to the Bat Cave, and we see that the place is a bit of a mess. Spoilers are ahead, so don’t read on unless you’re caught up with your comics.

“Batman” No. 77 saw the demise of Alfred, and “Detective Comics Annual” No. 3 gives us stories showing how Bruce Wayne is coping with the loss of his father figure and longtime friend, and by the looks of his house, not well. When he’s surprised (not easy to pull on the Batman) by one of Alfred’s old colleagues, the story returns to the earlier flashback. Batman is needed, and Alfred had told his friend Marigold if she was ever in a tight spot, that his employer, Bruce Wayne, could help. Thus, Batman is pulled into the world of British intelligence. This is the first story in the “Annual,” and is a great piece about friendship and loss. The second story is also about Alfred and his relationship to Bruce Wayne. If you’re a fan of Batman, you’ll enjoy these stories that will tug on your heartstrings. • 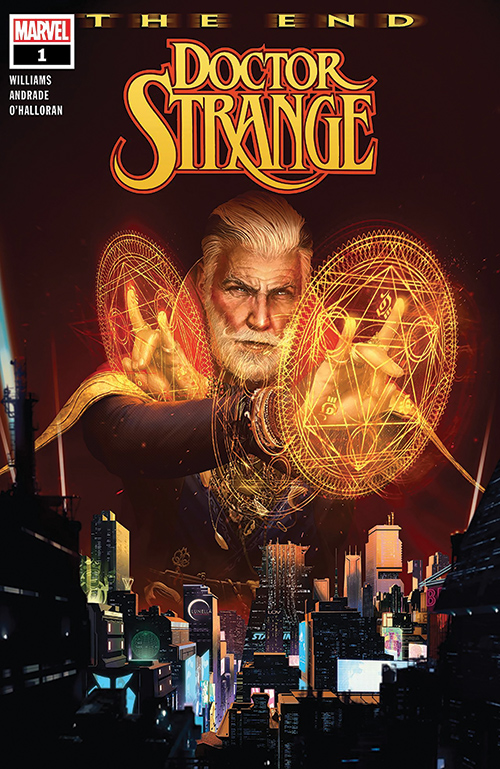 The end is nigh for several classic characters in a new series of one-shots from Marvel chronicling their final adventures. “Doctor Strange: The End” follows Stephen Strange’s last-ditch effort to save the world of magic, as he is the last practitioner alive. Without his fellow magicians, witches and sorcerers to maintain and nourish the balance, every use of his powers (no matter how weak) depletes the now nonrenewable resource.

Doctor Strange, graying and exhausted, is on the hunt to visit the last resting places of some old friends. We get a couple of teases as to the demise of some of our favorite magic-users of the Marvel universe, but even though they’re gone, Doctor Strange has a very special use for their remains: his “last magical contingency plan.” Perhaps this last ditch effort could save the world of magic. But at what cost?

“Doctor Strange: The End” brings together the creative team of Leah Williams and Filipe Andrade. Andrade’s work takes on an especially Moebius-esque feel when paired with the colors of Chris O’Halloran. Every page is as surreal as one would want a Doctor Strange comic to be, with a fantastical and explosive conclusion. •