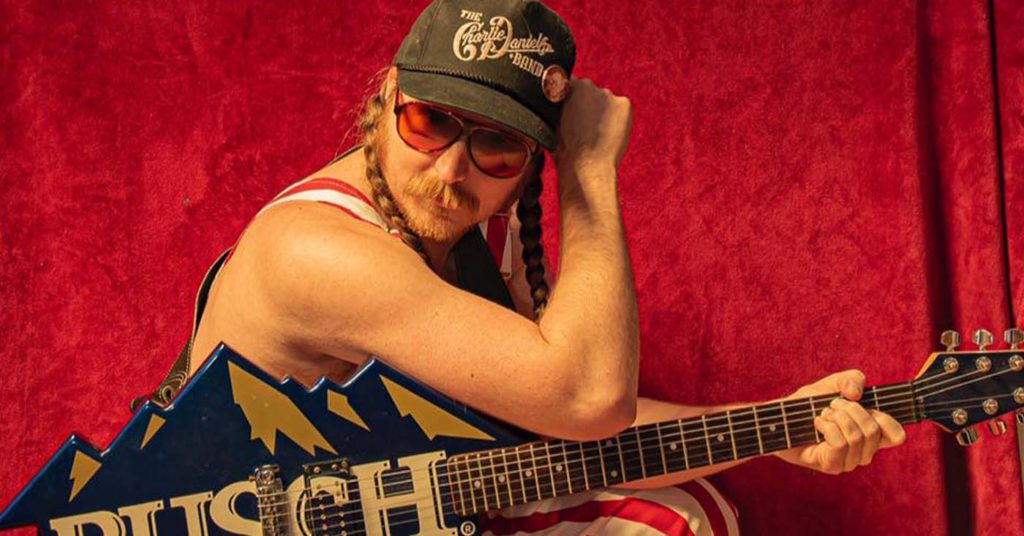 Tyler Lance Walker Gill’s debut album is filled with self-proclaimed drinking songs, throwbacks to the upbeat, golden-age honky-tonk of country icons such as George Jones — part rowdy, part humorous, part reflective. But there’s one song that stands out, and that’s “So Called Christian Politicians,” which attacks the lies and hatred of right-wing populists.

“There’s so much hypocrisy coming from certain Republican politicians that claim to be Christians, yet their actions are completely un-Christ-like,” Gill said. “I grew up in Bullitt County and went to a Christian school until my freshman year. I’m not a religious person, because I saw how that sausage was made for 10 years, and I don’t think it’s delicious [laughs]. But, when you see so many people claiming Christianity and doing the exact opposite, it’s like, fuck that guy.”

Even though Gill’s first studio album was released Feb. 14, with a belated release party at Kaiju this weekend, an early version of “So Called Christian Politicians” first appeared on the 2016 compilation We Have A Bevin Problem, the local music community’s reaction to the former governor’s anti-LGBTQ rhetoric. After seeing the call for entries for Bevin Problem, Gill was riding his bike around town, thinking about what he could contribute. He wrote the song quickly after and recorded a demo, which appeared on the compilation. Around that time, Gill was working on the skeletons of a few other songs, some of which would make their way onto his debut. The recording process was broken into several iterations. First, Gill and a few players built the foundations of the songs. Then, he called in local country music multi-instrumentalists including Aaron Bibelhauser (pedal steel, banjo) and Michael Cleveland (fiddle, mandolin) to help add layers. After all the parts were down, La La Land Studio Producer Anne Gauthier and Gill sat down and mixed and engineered everything together.

“It was a hard way to make a record,” Gill said. “I wouldn’t ever want to do it again, but we were on such a time crunch that I knew all of those guys would have tons of takes of great stuff because they’re all such good musicians.”

Gill grew up going to a country music jamboree on the weekends. His aunt helped operate the Mount Washington Opry, which a few members of his family, including his aunt and mother, also sang at. Back then, Gill wasn’t really into country music. It was just part of his upbringing but not a passion, although it definitely helped shape his future sound as a musician. “I think it just seeped in a little bit,” Gill said.

In an age when country music seems to be polarized into radio pop and barrier-pushing alt-country, Gill’s album has more of a traditionalist backbone. Strangely, it’s sort of refreshing for a new album to sound like it materialized from the ‘50s. Like the classics, Gill’s songs also have quite a bit of range for falling neatly into a certain sound. “Back To Jail” and “Mighty Good at Sinnin’” lean toward the questionable-decision-making outlaw corner of the genre. “The Ghost” and “Under The Table” capture country’s innate sadness. “Wolfman” sonically explores a little bit. And, of course, “So Called Christian Politicians” adds social commentary. But, there’s also a connective thread.

“I want it to be witty and fun and upbeat, and you can have serious moments, that’s awesome, but overall I want the vibe to be, ‘Let’s get fucking rowdy,’” Gill said.

With Willie Nelson-style braids, an affinity for eccentric outfits and plenty of songs about being on a barstool, it’s not really a surprise that Gill owns a Busch Beer guitar, which he found at a local music shop after it posted a picture of it online.

“I was like, ‘I got to fucking have that,’ so I ran over there and traded a Fender Twin that I wasn’t using and could not sell, because no one wants a Fender Twin ever again, except for the people who love them, which is like, I know two people who really love a Fender Twin — it’s so heavy,” Gill said.

He rarely plays it out live, because it’s obviously not a high-end machine, but it’s a perfect collection piece for someone with his style.

“It doesn’t sound great, it’s fine, but it was the most ridiculous guitar that I ever saw,” Gill said. •