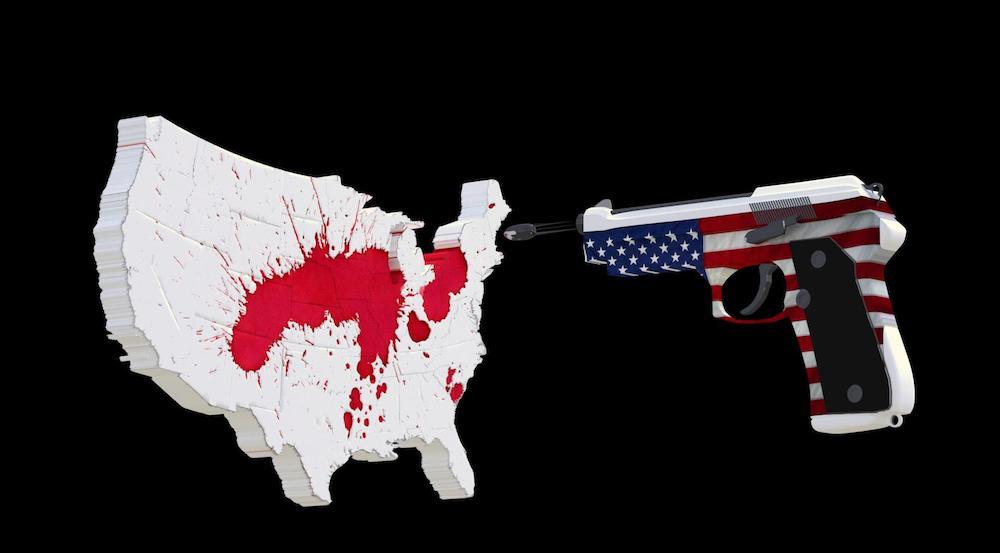 The Courier Journal began its piece on last week’s Frankfort gun rally with: “The crowd was mostly men and mostly armed.” The error is the missing adjective we all know needs to be there, and what we all are thinking: The mob was mostly white men, the demographic shooting up crowds and Black churches and synagogues and Krogers… and Black and Brown folks.

And while some folks can make light of white men toting weapons around inside the Capitol building, upset that their rights will be jeopardized, for others the mounting inaction of policymakers and law enforcement is infuriating and mind-boggling.

State lawmakers are considering legislation including measures to arm officers at schools, create stricter requirements for voter IDs and for other issues, all based on narratives of fear — that not having these things is dangerous.

Meanwhile, white men rallying with masks and high-capacity, semi-automatic rifles in the Capitol rotunda — they are completely harmless?

Lately, we hear narratives about how militarized police officers need to be spread throughout our schools; some white teachers and folks make it sound like the greatest threat they face is the Black and Brown children from segregated neighborhoods. This isn’t reality. We know who the real shooters are.

So, let’s be clear where we are now. Hundreds of white men carrying the very weapons they use in mass murders hold rallies in a state where folks are upset, scared and tired of white men using guns as weapons of choice to cultivate a culture of genocide.

The capital of Kentucky has been under attack for a long time, since its inception. Kentucky was built on the notion that white men can take and make whatever they want at the expense of others’ lives. The settler, colonizer and missionary instincts still exist through a plethora of historic symbols and moves… such as the We Are KY Gun Owners rally.

It’s nothing subtle. These white men proved they can enter the Capitol building, triumphantly armed for mass murder and wave their guns like heroes. We’ve been present when someone couldn’t get in the Capitol building with an expired driver’s license. The last we knew, an expired ID has never been used to murder for power.

Seems like state Reps. Jeffrey Donohue (House Bill 192) and Charles Booker, George Brown, Nima Kulkarni, Reginald Meeks and Attica Scott (HBs 31 and 45) are moving things in the right direction to limit automatic firearms and who and how folks possess them. Nothing in the bills threaten those who properly train, maintain and purchase weapons. Nothing about taking anyone’s guns away…

Nobody can be so oblivious to not see the white supremacy in this statement. So, what is everyone going to do about this? •