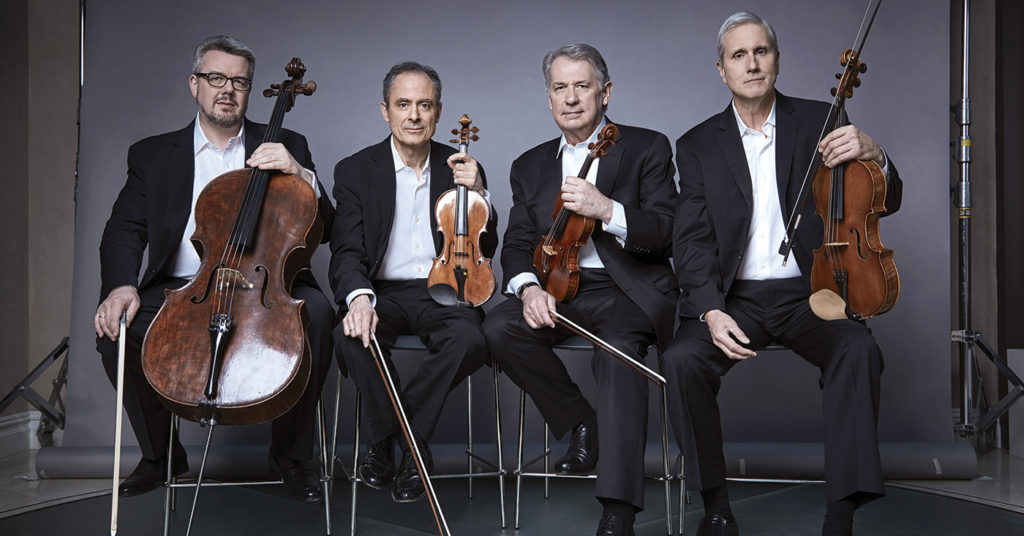 In 1840, Ralph Waldo Emerson, the most prominent intellectual of his time, wrote about Ludwig van Beethoven’s music, saying that it addressed “vaster conceptions and aspirations than music has attempted before.”

Long before that, as early as 1805, Americans had embraced Beethoven as a kindred spirit, a champion of republicanism, a visionary humanist and artist-hero whose grand gestures and formidable structures were inspired by both nature and the events of his time.

The scope and range of Beethoven’s influence on American (and world) culture since that time is incalculable. Just consider this: In the 1960s, leaders of the Black Power movement, such as Stokely Carmichael and Macolm X, claimed Beethoven as an icon of Black culture, advancing a plausible claim that the German-born composer was descended from Spanish Moors who had immigrated to Belgium and then on to Germany, where Beethoven was born in 1770.

This year marks the 250th anniversary of Beethoven’s birth, and all over the world, people are celebrating his legacy with special events (parades, exhibits, concerts, marathon performances of the nine symphonies and the like).

One of the most fascinating celebrations of the year is taking place in Louisville: The Chamber Music Society of Louisville’s Beethoven Festival 2020, featuring the Emerson String Quartet performing all of Beethoven’s works for the medium. The six-concert Festival begins this weekend and concludes in November.

The Emerson String Quartet — which is named after Ralph Waldo Emerson, by the way — has a special relationship with the Beethoven Quartets: They earned a Grammy for their Deutsche Grammophon recording of the Beethoven cycle (one of nine Grammys they’ve earned over the years).

And according to violinist Philip Setzer, the Emerson String Quartet also has a special relationship with the Chamber Music Society of Louisville. Ben Franklin, a longtime CMS board member and past president of the organization (he was also mayor of Druid Hills for some 30 years), was an ardent champion of the Emerson String Quartet and had developed a personal bond with the players over the many years the group has come to Louisville. Before he died, in 2018, knowing that he would never get to hear the concerts, he left instructions in his will to make this enormous undertaking possible for the Chamber Music Society.

“Ben would pick us up,” said Setzer. “He’d drive us to the hotel, take us to lunch. Over the years, we became close, and this is an event that is truly built on friendship. I think it’s something that Beethoven would have appreciated, because his own career was very much supported by individuals who supported his work. Beethoven himself was the first important composer to sell tickets to his own concerts. He’d have people coming to his flat to buy tickets. He never had a court appointment and almost built his career in a way to thumb his nose at the court.”

The concert series will play out across three concerts this spring with two concerts this weekend and one in March (Feb. 8-9 and March 1). The series continues in the fall (Oct. 25 and Nov. 21-22).

Each of the spring concerts will feature two works from Beethoven’s first set of six quartets (“Opus 18”) and one of the three “Opus 59” (Rasumovsky) quartets, from 1806. The first six (often referred to as the “Early Quartets”), were composed just as Beethoven was establishing himself as the preeminent composer of his generation. By the time of the 1806 set (the first group of so-called “Middle Quartets”), Beethoven was a towering figure

These three concerts will highlight a fundamental fact about Beethoven: His growth as a composer isn’t so much “evolutionary” as “revolutionary.” And hearing these string quartets is the best way to comprehend that revolution. The quartet offers a nimble, transparent medium for music. A small ensemble of virtuosic and communicative performers can create mercurial sonic landscapes, textures and rhythms that dazzle and delight the mind, soul and ear in ways no other combination can.

It is exactly that pinpoint control of volume, tone and texture for which the Emerson String Quartet (violins, Philip Setzer and Eugene Drucker; viola, Lawrence Dutton; cello, Paul Watkins) is justly revered. You can listen to examples of the quartet playing Beethoven on YouTube, or if you have the gear, you can listen via a superb sound system. But that’s not the same as being in the space where the music is being played — especially when the space was specifically designed for performing this kind of music.

I studied acoustics with Paul Brink, a long-time faculty member at the UofL School of Music. Dr. Brink, who recently passed away,  routinely took his acoustics students into the Margaret Comstock Recital Hall to listen and study its properties. It is an extraordinary listening space. Opportunities don’t come along very often to hear some of humanity’s greatest musical works performed by an elite ensemble in a perfect space. If you can make it to all (or any) of these concerts, you should. •