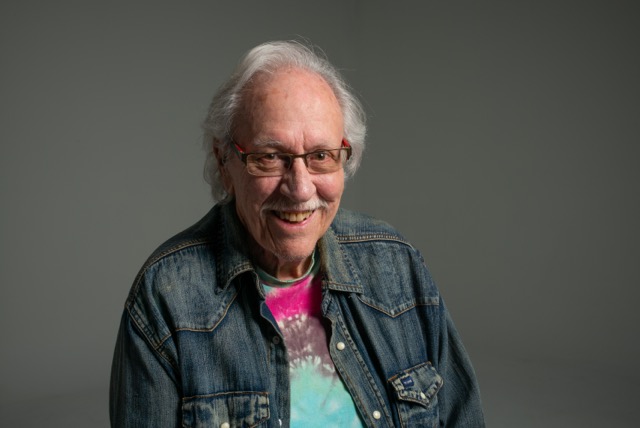 Kentucky author Ed McClanahan arrived at Stanford University in 1962 as part of an extraordinary post-graduate fellowship of creative writers that included Wendell Berry, Larry McMurtry, Robert Stone, Gurney Norman and Ken Kesey. Through his fast friendship with Kesey, McClanahan fell in deep with the Merry Pranksters, who were then in the process of perfecting a series of free-form, multi-media happenings, that came to be known as the Acid Tests, in conjunction with a local musical act that came to be known as the Grateful Dead. Amazingly, in the midst of all that insanity, McClanahan had the wherewithal to invite Tom Wolfe out to California to have a behind-the-scenes look, which resulted in “The Electric Kool-Aid Acid Test,” an era-defining adventure in New Journalism. More importantly, it was in those strange days that McClanahan also began inserting his own distinctive voice into the pages of Rolling Stone, Esquire, Playboy and the Last Supplement to the Whole Earth Catalog. All the while, he was still functioning as a visiting lecturer at various institutions, and tinkering with a bucolic manuscript that would eventually become his first novel, “The Natural Man.” That classic and the rest of McClanahan’s beloved books came to fruition only after he returned home to the Bluegrass State for good. Earlier this month, LEO Weekly caught up with the fabled storyteller at his Lexington office to discuss his lengthy literary life and the “Mostly True Stories,” that will land him back in Louisville this week for a special reading at Carmichael’s Bookstore on Thursday, Feb. 20 to promote his newest release, “Not Even Immortality Lasts Forever.”

LEO: Do you think all those years as a teacher helped to make you a better writer, or did that experience distract you from paying more attention to your own projects?
Ed McClanahan: Both. It definitely helped, though, because teaching the art of writing, year after year, forced me to reexamine my own techniques. Besides that, I had a captive audience for trying out new material.

You’ve written for some major publications, but you’ve also said that placing articles in magazines and newspapers was like throwing your work down a well. What did you mean by that?
Well, that thought occurred to me when my story ‘Grateful Dead I Have Known’ first appeared in Playboy. I figured every barber shop and pool hall in America would have it in their racks, and that pretty soon, I was going to be known by every pool shark, everywhere. And sure enough my own barber had it on hand when I arrived for my next haircut, and when he asked me how I wanted my cut to look, I opened the magazine and pointed to the picture of me that ran with the story and said, ‘I want it to look just like that.’ He nodded his head and then immediately turned the page over to the centerfold. I said, ‘But wait, don’t you see that the guy I pointed to is actually me!’ He really didn’t care about me or that particular piece of writing one bit, and it was a hard way to find out that most people wouldn’t. Eventually, it developed something of a cult following, however, and I’ve met a lot of people over the years who told me how much they loved it, including [frequent Jerry Garcia collaborator] Peter Rowan.

There were some hilarious moments in that one, for sure. Speaking of that, who had the better softball team, Grateful Dead or Jefferson Airplane?
I honestly don’t remember. It was clear that both teams took it very seriously because they were always yelling something mean-spirited at the umpire, who happened to be Pigpen [Grateful Dead member Ron McKernan].

Have you read Michael Pollan’s last book, ‘How to Change Your Mind?’ And do you agree with his assessment that your band of Merry Pranksters was partly responsible for sending LSD research underground?
That was a thoroughly delightful book, and yes, I’m sure that our early enthusiasm for acid generated its own blow-back. But that’s like blaming the Wright brothers for the Boeing 747 crashes. Because psychedelics really do change the way one thinks and feels, and how do you keep such a momentous secret all to yourself?

What can you tell us about the stories that comprise your latest collection?
Well, I like what the short story master William Maxwell said about his own fiction: ‘I would be happy to stick to the facts, if there were any.’ I write what I like to call ‘fiction-infused autobiography,’ by which I mean stories rooted in autobiographical fact, but which are also subject to the demands of good story-telling. So, I don’t hesitate to amend or omit ‘inconvenient’ trivia in service to a good, lively narrative. In that respect, I guess I’m the quintessential Unreliable Narrator. But as my late West Virginia writer friend Chuck Kinder used to put it, ‘Sometimes you just have to go where the story takes you.’