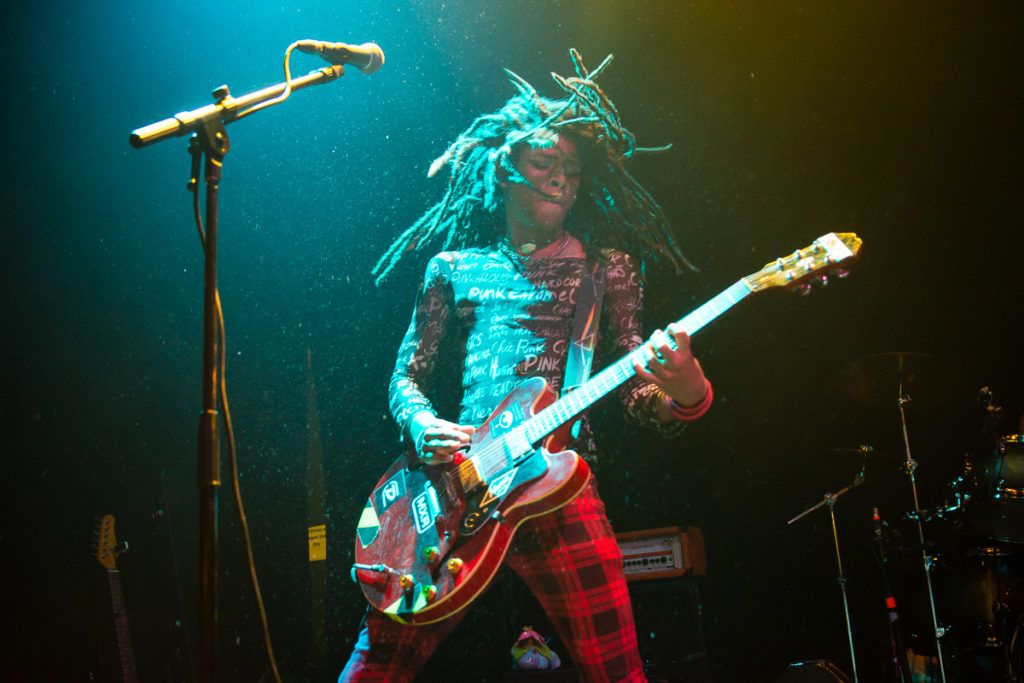 Fringe X: Mold vs. Diamonds
Kaiju
$5  |  8-10 p.m.
If you have created an original performance — of any kind — you are an artist in the eyes of the Louisville Fringe Festival. Theater, film, dance, puppetry, spoken word, performance art, magic, stand-up comedy, circus, burlesque, drag, an art installation or “whatever ” — LouFringe is here for local artists. “Fringe X: Mold vs. Diamonds!” — part of a new, monthly LouFringe series — will have something you’ve never seen. Louisville Championship Arm Wrestling’s “Vindictive Viceroy of Vino” Gino Grigiot is the special guest host. Dan Alten and Tim Northern are on comedy, magic by Cody Clark, music by Spooky Diamonds and a new show by experimental theater company Baby Horse.

Clifton Taulbert: The Comprehensive Impact of an Entrepreneurial Journey
UofL College of Business and Public Administration, PNC Horn Auditorium
Free  |  4:30 p.m.
Businessman Clifton Taulbert talks about his success. Taulbert is the president and CEO of Roots Java Coffee, a Pulitzer-prize nominated author and a director at the Central Bank of Oklahoma. (He’s also worked with the inventor of the StairMaster). Hear him speak while enjoying free pizza.

Game Night + Intro to Dungeons and Dragons Workshop
Logan Street Market
No cover  |  6-9 p.m.
Pips Board Game Parlour will have, you guessed it, board games for you to play while enjoying food and drinks for purchase from Logan Street Market’s many vendors. If you’re interested in taking your game obsession to the next level, there will be a Dungeons and Dragons workshop for those who have never played the popular role-playing game before. RSVPs, as well as donations, are encouraged but not required. Email [email protected].

Q&A with Matt Jones
Thomas Jefferson Unitarian Church
Free  |  6:30-8:30 p.m.
Why didn’t he run against Mitch McConnell? Who is the Democratic candidate most capable of beating McConnell? What do they need to do to pull it off? What are UK’s chances in the NCAA tournament this year? Join the Floyd’s Fork Democratic Club and Kentucky Sports Radio founder Matt Jones for a discussion about Kentucky politics, sports and the release of his new book, “Mitch, Please!” Love him or hate him, he promises to be interesting and entertaining.

Women, Confinement, & Race in the Gilded Age Fast Class
Main Library
Free  |  6:30-8:30 p.m.
Turns out, home life wasn’t so great for some Kentuckians in the 1800s. This educational talk explores the stories of two African American women from Lexington who were incarcerated after fighting back against their abusive families. Their experiences serve as an example of how homes acted as a site of confinement for Kentucky women and children during the Gilded Age.

Harry Potter Trivia and Costume Contest
World of Beer
No cover  |  7-9 p.m.
Get in the mood for Harry Potter trivia by donning your best wizard wear. There will be themed cocktails, including butterbeer. Spots are first-come, first served. Prizes will be awarded for best costume and for finishers.

French Film Festival: ‘The Stopover’
UofL Student Activities Center, Floyd Theater
Free  |  7:30 p.m.
“The Stopover” is a film about two women in the military just getting back from a tour in Afghanistan. Before they return home, they’re taken to a Cyprus resort for a psychological debriefing where they confront the rage, trauma and sexism they endured as two of only three women in their unit. Stay afterward for a discussion with UofL professors and other local experts on films and French-speaking cultures.

Hot Prowlers / Legs Akimbo / The Mourning / ladyLADY
Rockerbuilt
$3 in advance, $5 day-of  |  8 p.m.-midnight
Organizers call this show a “night of tasty musical morsels,” and each band is serving up their own brand of jam. Open up for new wave from Hot Prowlers, krautrock from Legs Akimbo, post-punk from The Mourning and mystery meat from ladyLADY.