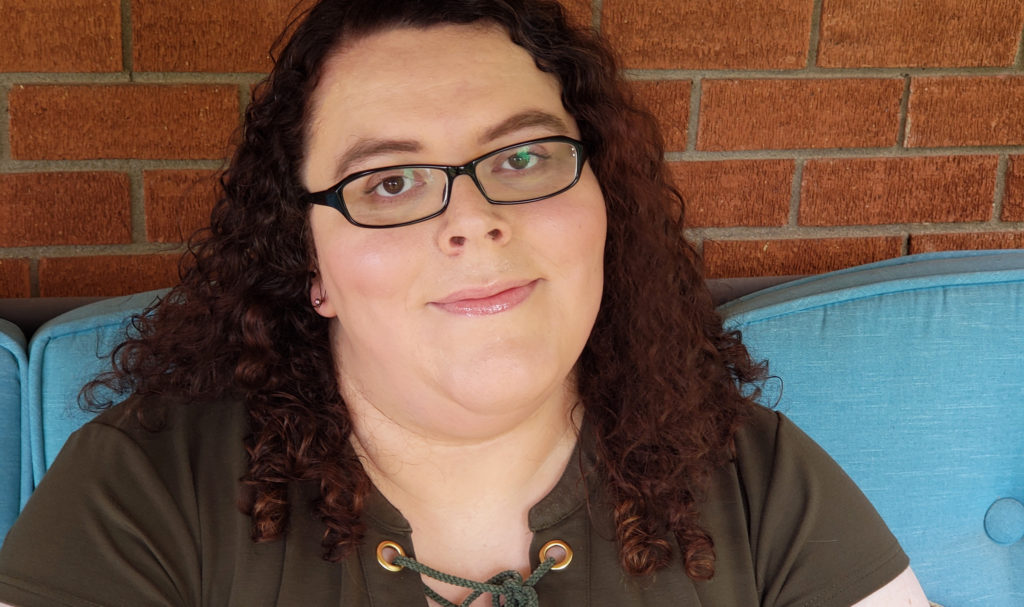 Three bills in the Kentucky legislature target transgender children by seeking to limit their access to school bathrooms, sports teams and medical treatments and procedures.

If elected, Kentucky House candidate Ramona Thomas would change that.

Thomas, 35, is a trans woman running in the Democratic primary against incumbent Rep. Charles Miller, who is 80. Although Thomas, of Pleasure Ridge Park in Louisville, was inspired to join the race on a platform of labor and economic issues, she said that her presence in the legislature could prevent anti-trans bills such as the ones proposed this session from progressing.

“I believe so because right now there’s not anybody with firsthand experience with this in office,” Thomas told LEO. “There’s not anybody that can stand up on the House floor and say, ‘If this bill passes, I personally know people who will die.’”

The first anti-trans bill, House Bill 132, would bar schools from letting transgender students use shared bathrooms, locker rooms and shower rooms that correspond with their gender identity, to take effect immediately. Schools would be tasked with finding the “best available” alternative accommodations for transgender students.

Senate Bill 114, advertised as the “Save Women’s Sports Act,” would prohibit transgender girls and women from joining women’s sports teams at public middle and high schools and colleges. Only students with “female” on their birth certificate or those who pass a medical exam evaluating their reproductive anatomy, testosterone levels and genetic makeup would be able to play.

Under the Kentucky High School Athletic Association, transgender students are currently already unable to play unless they meet certain standards, such as hormone treatment or sex reassignment surgery.

And HB 321 would make it a felony for medical professionals to prescribe medicine and perform surgeries for transgender minors that would help them transition.

Rep. Savannah Maddox, R-Dry Ridge, who’s co-sponsoring the medical anti-trans bill, laid out why she introduced the legislation in a Facebook post that she wrote before the session began.

“I am a strong advocate for parent’s rights — but it is not the right of a parent to permanently alter a child’s gender or identity, even when based upon certain behaviors or the perceptions of a child’s mind which has not yet had time to fully develop,” Maddox wrote.

Thomas said that Kentucky’s anti-trans bills could lead to transgender minors killing themselves.

“Being trans is something that’s very difficult for kids to deal with especially since, at that point in time in their life, they’re learning, and their bodies are going through a puberty that they don’t want to be going through,” she said.“So, it’s a matter of the depression that comes from that and the just blatant disregard for our feelings at every level — like at a state level, at a school level, at a family level. All of that kind of builds up to the point where you feel like you don’t have the right to exist.”

Thomas, who started transitioning in 2017, said that if she were a teenager in 2020, she thinks she would have killed herself. When Thomas was in high school, she didn’t know anything about trans people or that she was trans herself. If she had been aware, as many teenagers are today, but couldn’t get help from doctors, teachers and counselors, “it would’ve sent me over the edge,” she said.

She works with some of those frightened teenagers as an organizer with the Kentuckiana Trans Network, a transgender support network.

“I mean, they’re 15-, 16-year-olds,” Thomas said, “and a couple of them are already on hormones, and now they’re going to be forcibly taken off of them it looks like.”

Thomas’ opponent, Miller, has been in office since 1998. He told LEO that he hadn’t read the anti-trans bills. But when they were described to him, he said he opposed the medical bill, that the sports bill wasn’t good legislation and he probably wouldn’t support the bathroom bill. “I believe in being accommodating and being fair with everyone,” said Miller, who used to be a high school principal.

But Miller is the only Democratic representative from Louisville who isn’t a sponsor of a bill to ban conversion therapy.

He has not sponsored a statewide fairness bill, which would bar discrimination in housing, employment and public accommodation on the basis of sexual orientation or gender identity. When asked why he didn’t sponsor the fairness bill, Miller circled back to talking about his belief that everyone should be treated the same: “My philosophy pretty much talks to itself.”

Thomas, by contrast, has a section on the “Issues” tab of her website titled “LGBTQ+ Equality and Fairness,” where she voices her support for the fairness bill and the conversion therapy ban, as well as legislation that would make it easier for people who are transgender to pay for related medical procedures and to change their legal identity.

Thomas is running on other issues, too. Her other areas of focus besides the economy and LBTQ+ issues are education; healthcare; racial and sexual equality; and crime, drug abuse and poverty. She supports increasing the minimum wage, devoting more funding to public school students, universal healthcare for Kentuckians and legalizing medical and recreational marijuana.

“My initial message with my campaign was me being trans is the least interesting thing about me and my campaign,” said Thomas.

Miller is a co-sponsor of several bills important to Democrats this legislative session, including those that would legalize sports betting and medical marijuana and cap the cost of prescription insulin. •