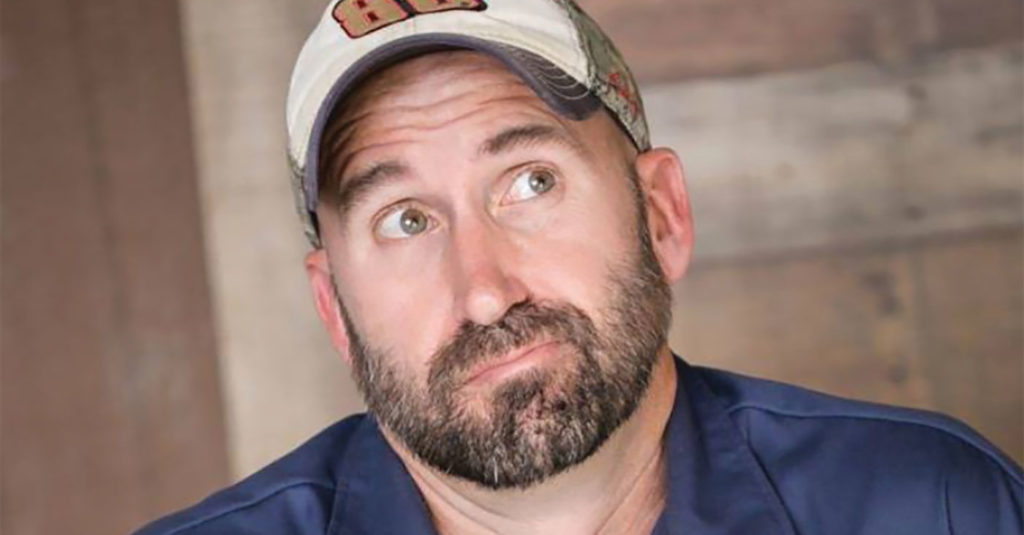 A bipolar cruise director might seem like a strange launch pad for a professional comedian, but so far, it has worked for stand-up comic Eric Dowis. The Georgia-born funnyman uses common sense and the charm of a Southern drawl to tackle topics such as race, religion and how being bipolar makes life unpredictable. “You’re making plans,” he said, “and the person who has to live out those plans isn’t remotely like the person who made them.” Last year, Dowis won the competition portion of Louisville’s own Tim Northern Comedy Festival last year.

LEO: You used to be a cruise director. There has to be some wild stories of spending that much time in the open sea with total strangers.
Eric Dowis: Yeah, I was a cruise director for 15 years. Our cruise line was geared more toward older people. So, it was not uncommon for people to pass away while we were at sea. When I first started, we didn’t have spaces for that kind of thing — like a morgue. If it was early on in the trip, and they already brought out the good ice cream, like chocolate chip cookie dough, you knew we had to make some room in the freezer for a body. We also had a guy running around exposing himself on the ship. So, we had to set up a sting operation to catch him. I was stationed outside of the men’s restroom. Well, word gets around the ship that a younger guy, about 6 feet tall and bald has been exposing himself — which is generally how you would describe me. And then the showroom let’s out: There I am, standing next to the bathroom door. I’m pretty sure that whole week they thought their cruise director was a pervert.

Eventually, you gave up the sea for the road. Are there any gigs that stand out as being particularly awful?
I won a clean comedy festival a while back, and I did this bit about getting baptized when I was a kid. Since then, I have been getting offered a bunch of church gigs. I’m definitely not the type of person who should be doing shows in churches. I don’t even know if I’m an atheist or a Christian — I’m bipolar. I change what the fuck I am every 10 minutes.  …

You mention that you’re bipolar, but you have also started blogging about your experiences in life with being bipolar. What has been the response to you being so open about it?
The more that I share about my bipolar disorder and anxiety issues, the more it really has helped me, and it seems to be beneficial to other people. I have really challenged myself to talk about it more in my act. The criteria is that it has to be funny and it has to be honest. It hasn’t been as easy as I thought it would be, because it’s so personal to me. It’s something that has caused a lot of pain at times, so to find the humor in that has been therapeutic but challenging.

In that journey to find humor in it, what are some things you have found funny about being bipolar?
In my experience, when you go through these cycles, it changes every aspect of your personality. When I go to bed at night, I have no idea who I will wake up being the next morning. I could have a completely different mindset and outlook on everything for no reason. I went to bed knowing the world was this way. I wake up the next morning and the world is something completely different. It’s like when you wake up from a dream, and you’re like, ‘Oh, that was only a dream.’ Then, you find out that was a dream, and then that was a dream, and so on — there’s all of these layers to it, and you never really know where reality is. So, you really are navigating life sure that there is God and Jesus and all of that stuff. The next minute, you’re positive you’re an atheist and nothing exists. The problem is that yesterday you made plans as a Christian. Today, you have to follow through with those plans as an atheist — and then vice versa. You’re making plans, and the person who has to live out those plans isn’t remotely like the person who made them. To me, that’s where I find a lot of the humor in my experience. •