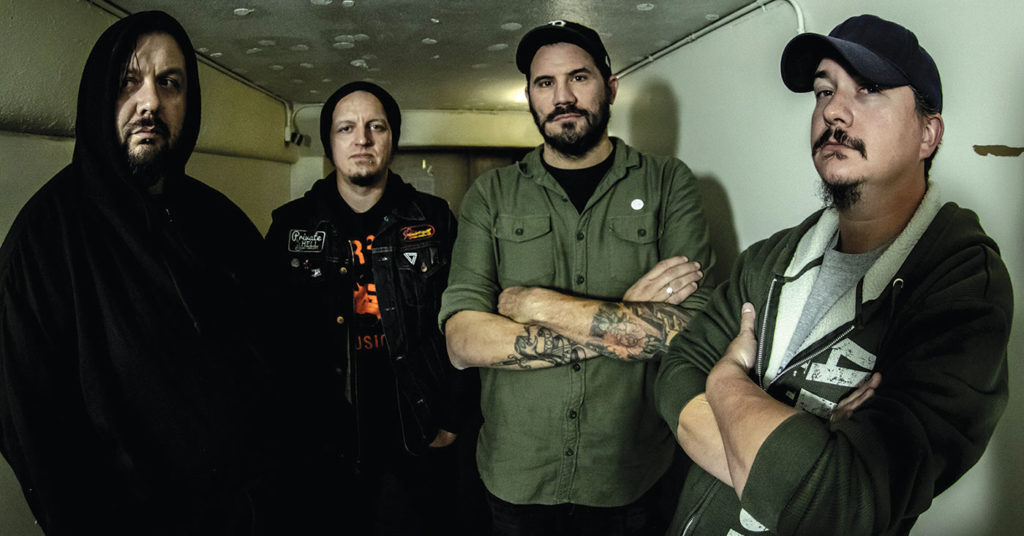 Everyone deals with loss and regret differently. Joshua Spriggs and his band The Hell You Say channeled those hardships into “Einhorn.”

It’s “about the loss of love and love of one’s self,” he said. “And regret, but not in a way of regretting what you’ve done, more like the guilt felt about not feeling bad about what you have done, because of what was done to you. I say regret, but maybe that’s a bad word for it. Maybe more like being remorseless for the things you’ve done, while accepting the fate that was chosen for you.”

Spriggs also said there’s an ominous quality to the song, reflecting the moment right before something bad is about to happen.

“I’d also say this song is about waiting for the other shoe to drop,” Spriggs said. “You know, you heard the universe cock the gun. You know its coming. You know what’s about to happen. You also know you can’t stop it. Like, you’re at the top of a very bad roller coaster. It’s the precipice of something dangerous, life changing, but you’re powerless to stop or change it, and resigning yourself to that fate. I’m not sure if that means you’re complacent or complicit to the deeds, but there you are.”

“Einhorn” is three minutes of heavy metal that scorches the earth behind it. The Hell You Say crafted a dense soundscape on the song that, while adept at pummeling us, also contains nuance and complexity. But also: It’s a thick slab of razor-sharp riffs, skull-cracking drums and singer Beenee Overstreet’s full-throated battle-cry vocals.

“I love cathartic music especially when it’s unpolished and raw,” Spriggs said. “The chaos that comes with opening the doors in your brain and letting out all the little pent-up emotions and problems. As a band, we consciously wanted to make music that felt unhinged, but with melody and movement. In that regard, we’re definitely inspired by bands like Every Time I Die and Norma Jean, though not necessarily as our sound. This song, and our music altogether, comes from the desire to create something new and interesting but also building upon the foundation of past bands.”

Spriggs said the song was a collaborative effort for the band with each member contributing something to its creation. It’s something he believes helped shape the ferocity of “Einhorn” — the way each of them brought something of themselves to the table. He says the song was also instrumental in their development as songwriters.

“Chris [Schwartz] wrote the main riff years ago, I added the bass, counter melody and solo later and then Beenee added lyrics last. Oh yeah, and the waves at the end, those were recorded by Jeremy [Wilcheck]. His family is from Alaska. He recorded them at Whittier bay last year when he was there. We wrote this song as a skeleton, with a throwaway name, then, later, added lyrics to fit the song, instead of changing the name of the song, and it became a writer’s block destroyer for us.” •