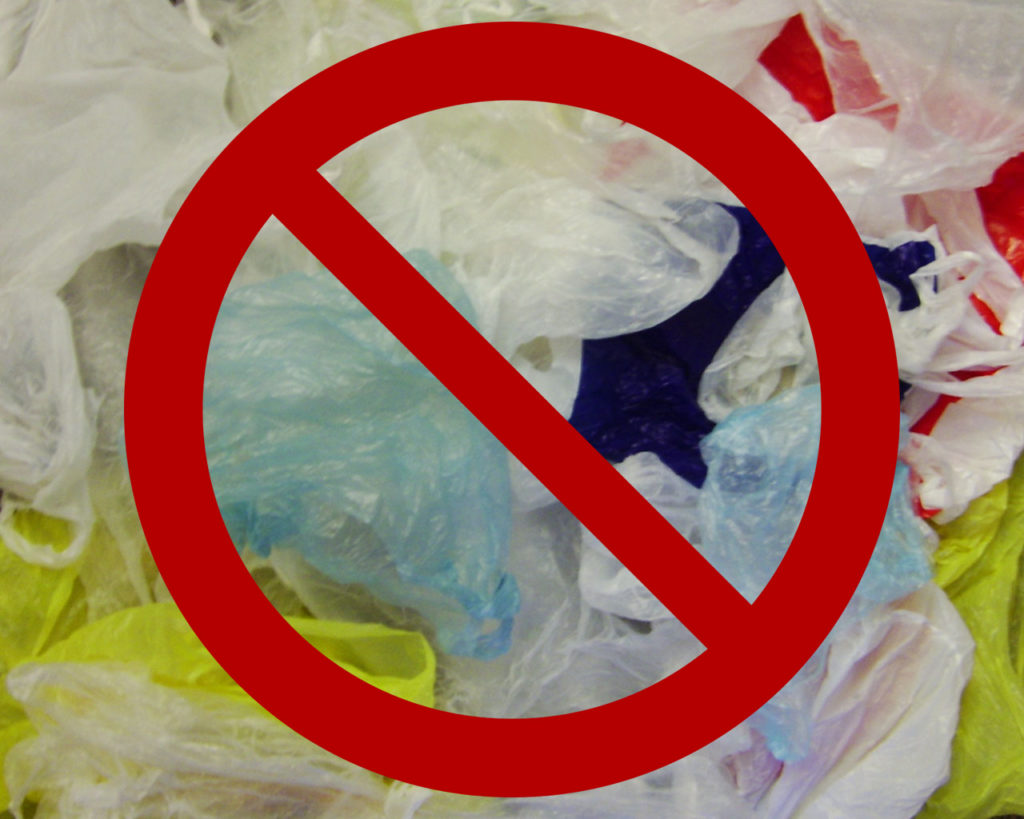 “Because we all have to live on this planet together, no matter who you are,” the Louisville Democrat said.

But the Republican chair of the committee, which her bill would have to clear, thinks that limiting the environmental impact of plastics should be up to individuals to curb, not government.

“It’s just an unnecessary government overreach that would drive up the cost for the average consumer in a way that’s just really not necessary,” said state Rep. Jim Gooch, of Providence. He said he does not expect the bill to make it out of the House’s Natural Resource & Energy Committee.

This is the second time that Marzian has filed a plastic ban bill in Kentucky’s Republican-controlled General Assembly. It is unlikely to pass this session, despite what Marzian said is “good” support: 20 to 25 emails from residents who like the bill, when she’s usually lucky to get four or five.

Marzian said the bill could help Kentuckians for generations.

“Well, I think it’s important because we’re polluting our planet with plastic waste and Styrofoam,” she said. “And the more that we keep doing that, it’s added to the waterways, the rivers, the streams, the ocean, the Gulf, and it kills wildlife and it kills marine life.”

Marzian’s bill would phase in most of its bans on plastic and polystyrene foam (also referred to in the bill as Styrofoam): Retail businesses would have until 2025 to get rid of most single-use plastic bags for customers and until 2023 to stop distributing plastic straws and Styrofoam food and beverage containers. The bill would not include plastic bags without handles and those used to prevent food products from coming into contact with each other on the way to checkout. Straws could be made available upon customer request.

Releasing more than 25 plastic balloons at once would be banned immediately.

Each violation of the law would result in a $100 fine per day that the offense was made.

Eight states, many of them on the coasts, have single-use plastic bag bans, according to the National Conference of State Legislatures. Meanwhile, hundreds of municipalities have instituted some sort of plastic ban or fine, according to a National Geographic analysis. But, 17 states have gone the opposite direction and have imposed a ban of their own — on plastic bans.

Marzian is a member of the National Caucus of Environmental Legislators from which she got the idea for her bill, which has two Democratic co-sponsors, as well as a sister bill in the Senate that does not include the ban on plastic balloon releases.

Sen. Denise Harper Angel, D-Louisville, the sponsor of the Senate bill said in a press release, “We cannot wait hundreds of years for plastic waste to decompose. It is time that Kentucky follows the lead of our fellow states as a united front to protect our children’s and grandchildren’s futures.”

Marzian said she plans to lobby for the bill, including talking to Gooch and a Republican Senator whom she’s heard complain about plastic bags stuck in farming machinery.

Gooch said that he doesn’t know if he’ll at least call the bill up for discussion. “I haven’t made up my mind yet,” he said. “I haven’t talked to the sponsor.”

Gooch said that some concerns about plastic are legitimate, and he’d be willing to look at a bill that would offer incentives for individuals to keep Kentucky’s environment clean.

Stacy Roof, president of the Kentucky Restaurant Association, said that it’s too early for her group to take a position on the bill.

I don’t think it has much traction at this point, but legislation is often unpredictable,” she said in an email.

The KRA would have to get input from its members before taking a stance, but it’s preoccupied with blocking two other efforts in the legislature that would impact restaurants. One is a push from Louisville government to pass a bill that would allow the city to impose a 3% restaurant tax to help close a budget gap. The other is a bill that would abolish a cap on raising fees that local health departments impose on eateries for permitting and inspection.

But, Roof said, from preliminary research, among her concerns about the plastic ban is that non-plastic alternatives take up more storage and cost more money for restaurants.

That hasn’t stopped Ryan Rogers, the owner of three restaurants in Louisville, from investing in sustainable options.

Rogers has never used foam containers at bar Vetti, Royals Hot Chicken and Feast BBQ for environmental reasons, and he limits the use of plastic straws.

Looking at products on a common restaurant supplier website, WebstrauntStore, Rogers found that a small, compostable takeout container was around 10 cents more expensive than a foam one that is the same size. That could be enough to hurt a restaurant’s already razor thin margins, which are common in the industry.

As for Louisville grocery stores, Kroger has already committed to getting rid of plastic bags by 2025.

ValuMarket, another grocery store chain with locations in Louisville, did not return several calls and an email for comment from LEO, but several people outside of its Mid City Mall location last week said that they were mostly in favor of a ban.

“I think it would be a good idea,” said Carrie Mook Bridgman as she walked into the store around 9 a.m.

But, she hesitated as she thought about how she uses the bags for cat litter and in trash cans.

“Maybe charge a little bit for them to encourage people to bring their own?” she said as a suggestion. (Gooch also opposes this idea).

Rogers believes ultimately that a plastic and foam ban would make it easier for restaurants like his to compete with chains. He said he bases business decisions on ethical reasons as well as financial ones, but chains are more concerned with their shareholders than the environment.

But, he too, doesn’t have much faith in Marzian’s bill.