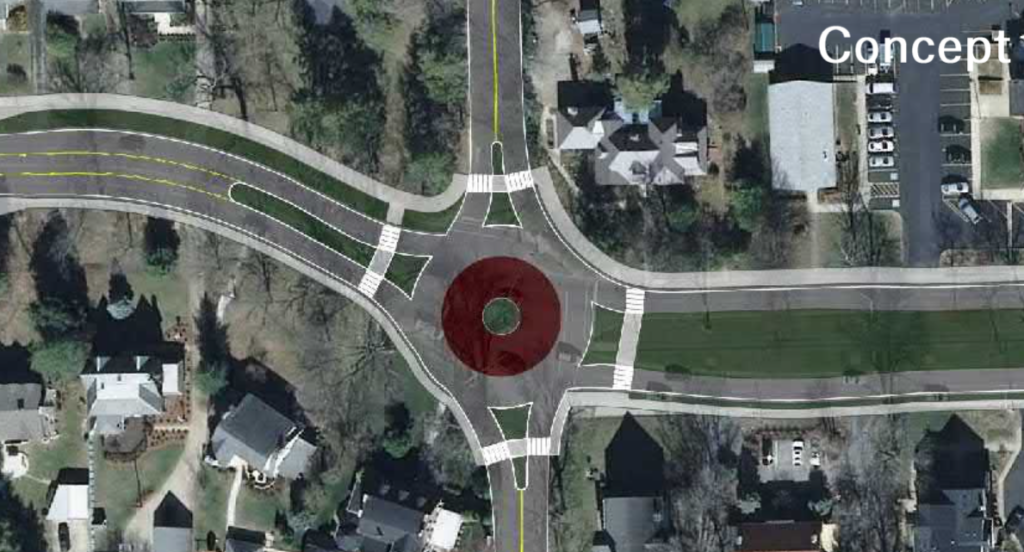 Next, Louisvillians have one more week (until Feb. 11) to comment on the report before a draft is sent to the city in March and finalized in the summertime.

The idea is to push Eastern Parkway back from being a pseudo highway and closer to its original purpose, a scenic “yellow brick road” to Cherokee Park.

Project lead John Swintosky said one goal is to calm traffic, which means slowing it down to improve safety for motorists, pedestrians and cyclists.

“As you see what changes are proposed, it’s because, for, probably since the ‘50s, everything out there has been aimed at cars and not at human-powered movements,” said Swintosky. “So, we’re doing everything we can to improve safety and allow for all those modes of travel.”

“Every time you have a proposed road diet, there is always people who don’t want one, but I think we’ve seen them on Grinstead Drive in The Highlands, and the road functions great, and it’s much, much safer,” he said.

Comments from the public have been predominantly supportive of slowing vehicles, project officials told the public at their Tuesday meeting.

But, some residents are concerned about traffic backups, officials said.

The contents of the Eastern Parkway Transportation Study are not guaranteed to be built. It is a guide for future redesign plans, which might take years to start and fund, according to Swintosky, who is a senior landscape architect for Metro Public Works. Those designs would require still more public input.

The study’s proposed changes include narrowing Eastern Parkway to one lane in each direction in as many cases as possible with bump-outs for turning lanes, said Swintosky. The closed lane would be converted into bike lanes and, in most instances, the shared pedestrian-cyclist path, which would be surrounded by trees. The other side of the road would have its own sidewalk.

And, there are two options for roundabouts: a traditionally shaped one at Barret Avenue and Eastern Parkway and a peanut-shaped one at Bradley Avenue.

Roundabouts can reduce a number of problems at intersections: crashes (particularly ones resulting in injury), wait time (especially during non-peak traffic periods) and speeding, according to an overview on the traffic pattern from the Federal Highway Administration Office of Safety. They also improve crossing the street for pedestrians, who only have to look out for one traffic stream.

The unusual, oblong shape of the Bradley roundabout, which would operate like a regular roundabout, is needed because of the current configuration of the intersection: From east to west, Eastern Parkway is curved, while Bradley from north to south is out of alignment.

Planners proposed this because of another unusual, current traffic pattern. Presently, no left turns are allowed from Eastern Parkway onto Preston or Shelby streets. So, for example, if you’re heading west on Eastern and you want to go south on Preston, you have to turn right onto Shelby, turn left onto Lynn Street and then left again on Preston.

For almost every intersection, there are multiple concepts that might be included in the final draft. Some alternatives don’t include roundabouts or closing Shelby Street.

“It is certainly not only possible but likely that there are equally good choices,” said Swintosky, “and that’s, again, a reason to explore alternatives at this level and then carry them through.”

Public input has been plentiful.

Before the Jan. 28 meeting, the public had submitted almost 500 comments on the project. At the meeting at Audubon Traditional Elementary School, somewhere between 200 and 300 people attended, causing building officials to warn Swintosky’s team that they were at risk of exceeding the gym’s capacity.

And project managers are still collecting comments, which can be submitted online at louisvilleparkways.org.

Swintoksy assures that the public’s comments will count.

“You often you hear people say, ‘Well, it doesn’t matter what we say, they’ve already made up their minds,’” said Swintosky. “No, at least not for me and my experience as a project manager and the projects I’ve done over the years.”