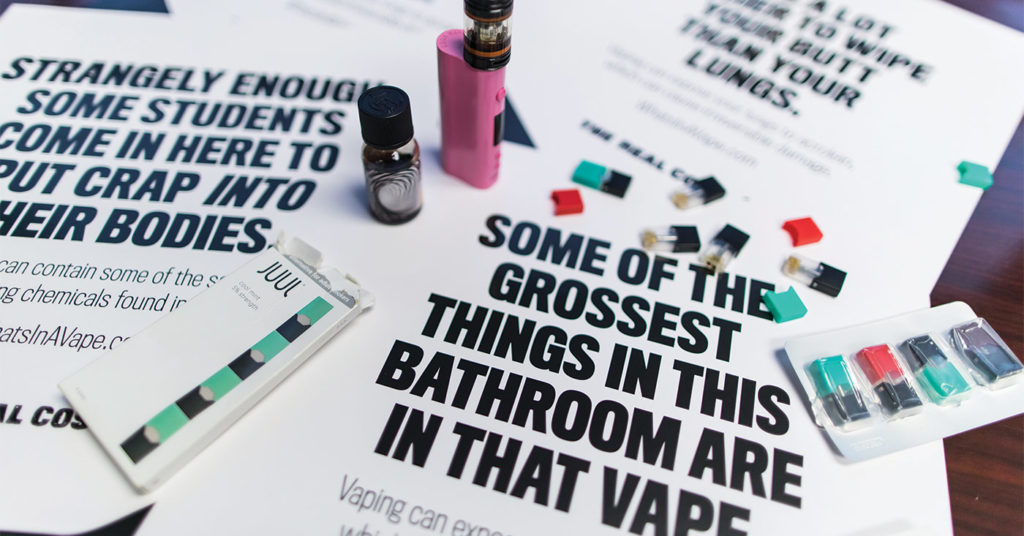 Louisville Metro Government has joined other state and local governments in filing a lawsuit against JUUL Labs Inc., the largest manufacturer of e-cigarettes.

“In Louisville, when the health of our residents is threatened, we respond as we have to the opioid epidemic in our city and so many other challenges,” said Mayor Greg Fischer at a Wednesday morning press conference. He cited the rise in teen e-cigarette use and a vaping illness outbreak (that’s been linked mostly to black market vapes) as reasons for the lawsuit.

Louisville is now one of the largest cities to join the MDL, or multidistrict ligation, that has been filed in California as part of 200 other cases against JUUL. Read Louisville’s complaint here.

County Attorney Mike O’Connell claimed that JUUL had misrepresented facts regarding its products and their effects, misled customers to believe that the products weren’t as harmful as regular cigarettes and concealed the potency of its products from the public.

“Folks, JUUL has lied to us, and we’re going to go after them to get a refund for the wreckage of those lives that this has cost, to do our best work with Ron [Johnson, lead attorney] and his team and to do the best we can to achieve good results for the citizens of this community,” O’Connell said.

Fischer raised concerns that JUUL marketed its products to minors as well, selling flavors such as mango and designing their devices to look like flash drives so as to help children conceal them from parents and school employees. (Juul has since stopped production of all its flavors except for tobacco and menthol).

“I believe the goal is to turn our kids into nicotine addicts,” said Fischer, “or as the makers of these devices clearly think of them, ‘paying customers.’ That is totally unacceptable.”

JUUL said in a statement that the company does not intend to attract underage users, citing their customer base of 1 billion adult smokers.

“To the extent these cases allege otherwise, they are without merit,” the statement read.

The company also said that it is cooperating with attorneys general, regulators, public health officials and other stakeholders to “combat underage use and convert adult smokers from combustible cigarettes” through measures that include banning flavors, suspending advertising in the United States, investing in scientific research while applying for an FDA Premarket Tobacco Product Application and developing new technology to reduce youth use.

The firms will be paid only if the city receives an award for its lawsuit.

To read more of LEO’s coverage on vaping follow the links below:

Could Vapers Swing The 2020 Presidential Election?

Illegal Vapes Hit City: Be Careful With What You Smoke

V is For Vaping: What You Don’t Know About Your Teens’ New Habit