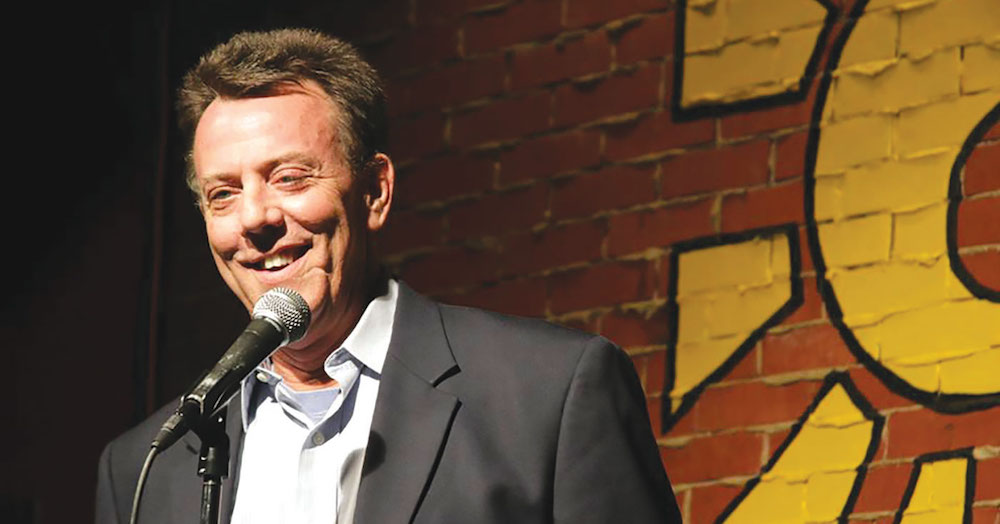 Comedians have medical bill problems, too, and they are no joking matter. Unless, you are Amos Chang, and your friends are throwing a two-show benefit to help you pay them. Local comedy legends Bob Batch, Marty Pollio and Keith McGill will take the stage at The Bard’s Town with Heaven Hill brand ambassador, whiskey professor and quasi-retired comedian Bernie Lubbers. Lubbers took a few minutes to chat with us about the benefit, life on the road and his transition to professional bourbon enthusiast.

LEO: Tell us why you are doing these shows.
Bernie Lubbers: Amos is a local comedian and an old friend to a lot of us. He has had some serious health issues over the past couple of years. The ongoing problem of healthcare in our country [is] people who work a lot as entertainers can’t afford or don’t think they can afford health insurance. So, we have to take care of our brothers and sisters when something comes up. Also, you want to make sure people know you’re thinking about them. That they’re not forgotten. Amos is a single guy, and it would be easy to get depressed if you think people out there aren’t thinking about you. You don’t just have one person in your corner, you have a whole community of comedians in your corner.

The comedy scene seems tight. Where does that closeness come from?
As comedians, we went through a lot together back in the day. We had a lot of fun. But it was the school of hard knocks working the road. And we all know where each others’ skeletons are buried. When you work together on the road, it’s like being at a retreat. You stayed in the same hotel or shared a condo, ate together, traveled back and forth from the club together. So, you kind of live together for a week at a time. And then you do that several times over a few decades, it’s not just a regular relationship. It’s a kinship. Working the road is hard. You have a lot of shared struggles and shared victories.

I am rereading ‘How to Talk Dirty and Influence People’ by Lenny Bruce. It really is difficult to imagine a time without comedy clubs, when stand-up was relegated to bars and strip clubs.
Right? Bill Sacra was doing shows at The Godfather when he was 16, I think. I don’t think he even got paid. Really, he just wanted to get up and say the words. Sure, you were 16 and surrounded by naked women. Who needs to get paid for that? But you’re also the guy onstage in front of a bunch of horny dudes who are waiting to see naked women. That couldn’t have been fun, but he wanted to practice. Comedy is not like being a musician, you can’t rehearse, get good and then show it to people. In comedy, you have to have the people in front of you to know if it’s any good in the first place. And you look at guys like Lenny Bruce — we stand on the shoulders of giants, right? You looked at them, and you were thinking, ‘One day, I’ll have it all together like those guys.’ Then, you realize they didn’t know what the hell they were doing either. They were just trying to figure it out, too.

What made you retire from the comedy world for the bourbon world?
It’s like Jerry Seinfeld. He didn’t retire from doing comedy when he did his TV show. He just did it in a different way. That’s what I’ve done. I work for Heaven Hill Distillery as a brand ambassador. I go represent the bourbons all around the country, so I’m still working the road. I travel two to five days a week, three weeks a month. Staying in hotels, standing up in front of people telling jokes and making them laugh, while also educating them about our brand. Doing comedy for 20 years was the perfect segue into being an ambassador. I still just stand in front of people and talk. I’m just not the star anymore — now, the bourbon is the star of the show. •