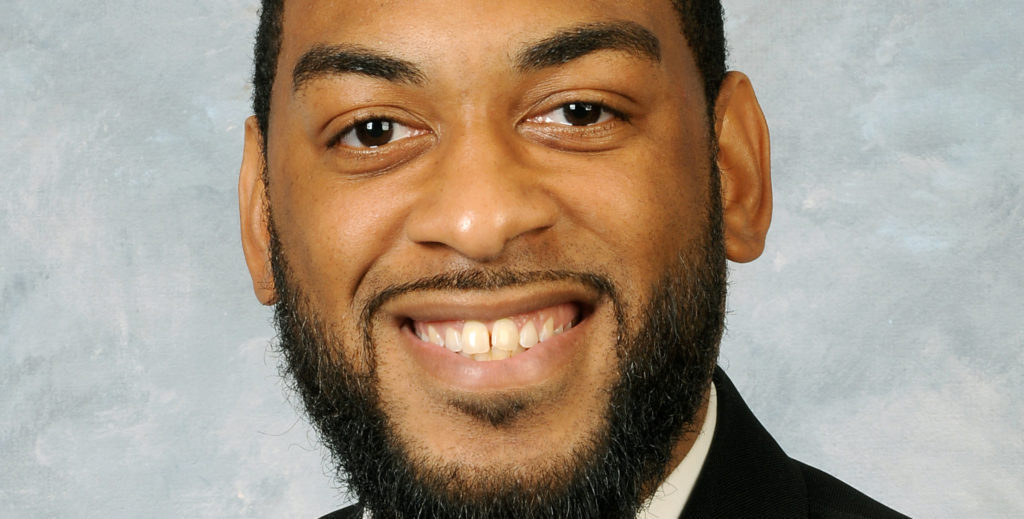 State Rep. Charles Booker formally announced on Sunday his run for the U.S. Senate seat currently held by Mitch McConnell. He joins a Democratic field that already includes Mike Broihier and Amy McGrath. The primary is on May 19. McConnell, who has held the seat since 1985, is running for reelection.

To get more insight into the race and Booker’s candidacy, I talked to Cassia Herron, who is the chairperson of one of Kentucky’s most-influential liberal groups, Kentuckians for the Commonwealth. More liberal activists in the state have long been wary of McGrath, which has in part spurred Booker’s candidacy. Herron said KFTC is not yet behind Booker. But she was blunt in suggesting that Kentucky Democrats should not concede the Senate nomination to McGrath and that the party needed to run more compelling candidates if it wants to win more races. Here’s a slightly-edited transcript of our email conversation.

Perry Bacon: Here’s the skeptical view of Booker’s candidacy. 1. McConnell is very likely to win, because of his own political skills and Trump is on the ballot, which will drive up GOP turnout. 2. McGrath has raised a lot of money, has a local and national base and is well-positioned to run a decent campaign against him. What is the point of Booker entering, in your view?
Cassia Herron: Kentuckians need better choices. McConnell is not good for Kentucky or the country. His leadership has continued the partisanship that cripples Congress’s ability to get anything done that Americans really want. McGrath is working hard to be everything but a Democrat representing Kentuckians. She seems confused about who she is, so we are skeptical of her ability to represent our values and win. Broihier seems OK — folks don’t know him. Then, there’s Booker. He’s another option and one I hope resonates with Kentuckians across the Commonwealth. Folks want someone to vote for and, at the moment, the choices are slim.

Let me push on that a bit more. McGrath has raised more than $10 million. So some people must like her. And I assume she would vote with Democrats on most issues, like raising the minimum wage. Are you sure she is a flawed candidate? And even if she is, does a primary increase the chances of Dems winning this seat?
I have not reviewed her fundraising, but I would make a bet most of her funds are from out of state and Democratic strongholds that continue to run flawed campaigns based on a national narrative. We have yet to see a decent candidate run a strong race rooted in Kentucky people and our values. When talking about beating McConnell, we have had candidates with national support and national strategies. Who is hiring KY-based consultants, organizers and strategists? They exist. However, they are looked over and forced to work under someone the Democratic National Committee has sent to tell Kentuckians what to do and what to think. That’s McGrath’s campaign right now, and that’s not enough to get new voters, voters who have not voted and those of us who want someone to vote for out to the polls. A good contested primary race based on issues and talking with Kentuckians — not at us — I think will set Dems up for a great opportunity to beat McConnell.

Will KFTC endorse someone in this race? And, to put in bluntly, does that matter? KFTC’s New Power PAC endorsed Adam Edelen, and he lost to Andy Beshear in the Democratic primary for governor last year.
I hope we do endorse, but we have yet to make that decision. It absolutely matters. Our 12K members want direction about how to spend their time and resources. We have what we call our ‘All In’ strategy to register voters and ensure they vote. Our endorsement process — for this race and the other just as important state legislative races — is important to activate the base.

Booker is talking about things like the Green New Deal and Medicare for All. Is that a plus in Kentucky, outside of The Highlands and maybe Crescent Hill?
You must not get out of Louisville much, huh? Have you heard of the Trillbilly Working Party podcast? It’s three — I assume GenXers, but maybe younger, folks from Eastern Kentucky. A queer woman and two guys — all white. They represent a view that folks don’t know because folks are afraid to talk to each other. The Democratic candidate who beats McConnell will have talked with people, deep discussions and listening from Paducah to Pike County and will learn about the issues that most Kentuckians care about. Access to housing is real, across the state. Kentuckians need universal healthcare. Kentuckians want great early childhood education and affordable access to college. Kentuckians want to work with public safety officers not against them — across the state. … The candidate that learns this from all corners of the state will have the best chance to win.

Is there anything about Andy Beshear’s campaign worth considering in this context? He ran as a fairly centrist campaign, but there was a movement of sorts helping him — the teachers.
Teachers and many Kentuckians were upset with Bevin. He did a lot to ignite the electorate. I’m unsure as to the extent that voters feel the same disdain for McConnell. He seems a bit more liked than Bevin. All that said, Dems have work to do! I’m sure Beshear’s work to knock on a million doors and the work several other groups did to engage voters helped, but it’s not enough. We need to repeat it tenfold. Beshear had name recognition and years in office and won but the rest of the Dems lost. There’s work to be done if Dems want to put a dent in the legislature — we need [state Senate Majority Leader Damon] Thayer out — and to replace the senator [McConnell]

I’m black, you’re black, Charles Booker is black. But only 8% of Kentuckians are black. A key part of Booker’s message is that the challenges of West Louisville are analogous to those Eastern Kentucky. Can that work?
It’s what will get him elected. Kentuckians are separated by geography, race and socioeconomic status. McConnell’s replacement will have to unite us across these differences.

Last thing: We see U.S. Rep. Alexandria Ocasio-Cortez gaining a following nationally. U.S. Sens. Bernie Sanders and Elizabeth Warren are doing well in the primaries. But Joe Biden is doing well, too. Lots of moderate Dems won in 2018. Do you see politics changing more broadly, with Dems moving in a kind of anti-status quo, challenge-the-system way? And if so, are those kinds of shifts happening in Kentucky yet?
Mediocrity has not done black folks well. It hasn’t done Kentuckians well. Americans are struggling because we keep accepting this status quo leadership. This shift has to permeate in our local communities from PTAs, neighborhood groups, school boards, local governments to state legislatures to Congress. It’s a bottom-up strategy that has hit nationally. Folks like me have to continue organizing deeply, locally and we will shift the status quo narratives that continue to divide us … toward collective visions that bring us together and creates new leadership.