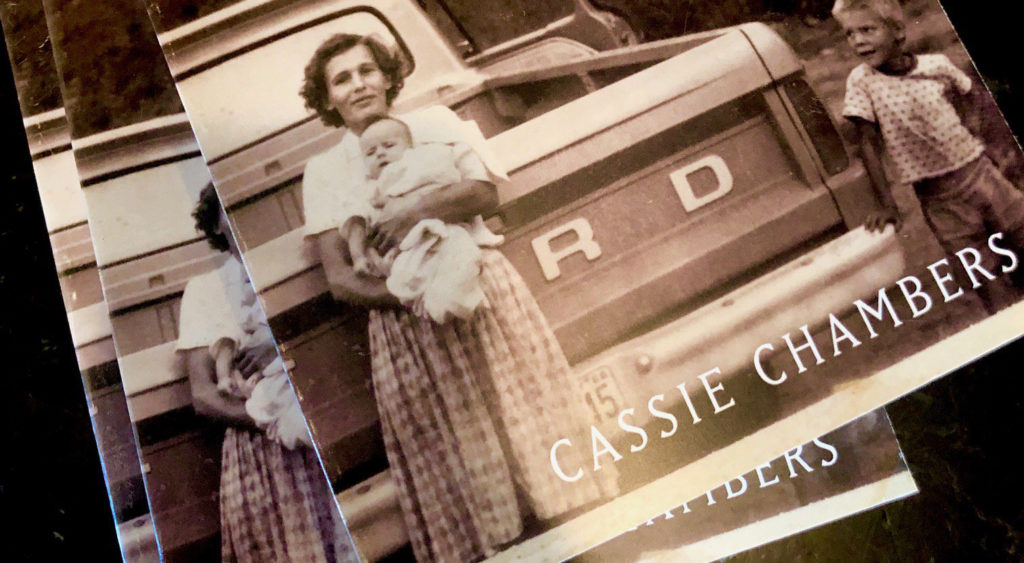 Towing the subtitle “Finding Family and a Way Forward in the Appalachian Mountains,” this book shows the author certainly has a lot on her mind. Look at it again: Once family is found — or thoroughly and lovingly rediscovered, as is the case here — do the lessons of that process point toward changes in individuals or communities or institutions that might allow residents of Appalachia to experience more health, happiness and prosperity?

Not direct ones — that’s for sure. But you didn’t need me to swear on a stack of copies of “Hillbilly Elegy” to know that. Chambers wants to understand how she can best serve the region, and that has led her to dive deep into family history, become a legal representative for Kentucky’s domestic abuse victims, work hard on behalf of the Democratic Party — and document her personal journey and research into this book. The results offer much and are very readable, provided you aren’t so steadfastly partisan that you own an “I’d Rather Be a Russian than a Democrat” T-shirt. And provided that you’re ready for a mash-up.

I don’t mean a total hodgepodge. There’s a repeated pattern here that becomes more important to this book than chronology, which is occasionally dropped. When Chambers’ recounting of her family’s lifestyle over generations comes upon a vignette that hinges on a social issue, she’ll first give an honest and intimate account of how her relatives dealt. She might then expand geographical focus — to Owsley County to look at her grandparents’ years as rent farmers in the hollers or to Berea for her parents’ college town, demonstrating potential conflict and cooperation when Appalachia interfaces with the rest of the world. But, then, a not-quite-clunk: The prose drops some lyricism and out come notes and conclusions that could’ve had their first drafts in textbooks, or political policy statements.

This fragmented pattern works best with incidents that combine the historical and the personal. “I’ve never been offered any moonshine myself, but that isn’t terribly surprising. Alcohol has a gendered history in Owsley County. Young men were almost expected to go through a phase of excessive drinking, ‘sowin’ their wild oats,’ as people like to say. Women were not given this leeway. When my mother was young, one of her brothers showed up at high school ‘dead drunk’ … ” That gives way to drier prose with “Appalachia does report a lower incidence of binge drinking than other parts of America, but the overall alcohol consumption is about the same.” Chambers parses regional economic and cultural trends with women’s traditional lack of agency — and some somewhat-compensating practices, along with recent raps at glass ceilings. Overall, this is delivered with an eye toward maintaining optimistic momentum that amounts to the “way forward.”

The author has a fistful of college degrees and an easy command of the relatable side of progressive, wonk talking points (i.e., minimal slippage into the likes of “It’s easy to see why they were attracted to a political candidate like Donald Trump, who wanted to burn everything down”). But she can only make the autobiographical sections admirable and cleanly told — meaning they sometimes struggle to justify page count. In contrast, her Kentucky grandparents and her mother’s siblings (especially Aunt Ruth) are effortlessly fascinating, whether they’re shown being irascible or generous and responding to modern intrusions in ways that are sometimes unfortunate and sometimes very wise.

Chambers looks around from her home in Louisville, and, by the end, she still seems a bit unsure as to whether she’s opening eyes to the complex problems and perhaps to accompanying opportunities: “We don’t take time to see it: The hope in the poverty, the spark against the dreary backdrop; the grit in the mountain women.” •