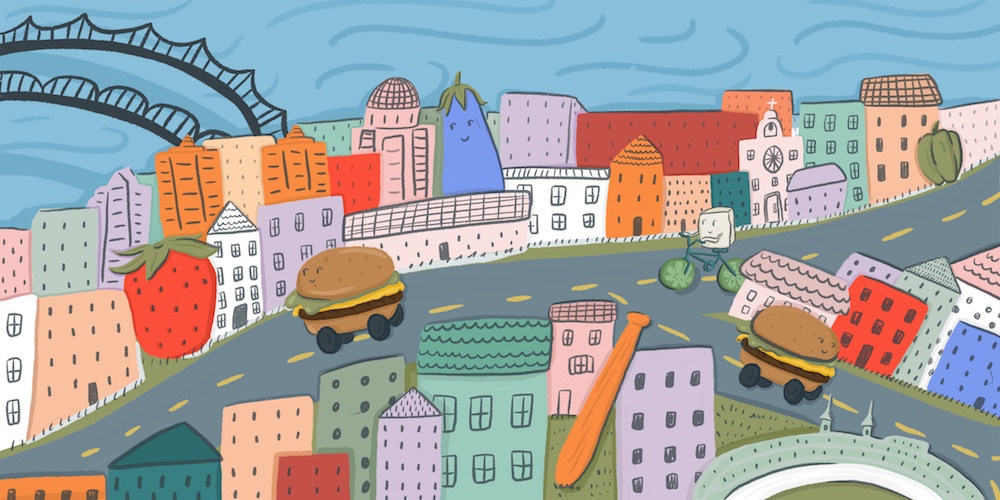 The same summer Beyond Meat Inc. broke 2019 records for its Wall Street debut and Impossible Inc. ran out of Impossible Burgers, Morels Cafe, one of Louisville’s first and most-popular vegan restaurants, closed. But it wasn’t for lack of business.

The cafe closed, owner Stanely Chase said, because his other business, Louisville Vegan Jerky Co., was growing at a rapid pace. Chase didn’t have time for both the cafe and the jerky company, which he runs with his brother, Adam, the company’s director of operations and co-owner.

“My brother, towards the end, was like, ‘Dude I need you over here. I can’t do this all by myself,’” Chase said. “I woke up the next morning and texted him, ‘I’m closing the cafe.’”

Louisville Vegan Jerky is Louisville’s slice of the plant-based food boom. In 2018, the company made just shy of a million bags of jerky — each one hand-packed in the company’s warehouse in the city’s Whitner neighborhood. It has also launched a series of topping products, went national in Whole Foods last July and is about to enter 1,100 Target stores. Plant-based food sales in the U.S. have increased 31% since 2017, according to a study by the Good Food Institute. In comparison, the total food market value rose by just 2%. Even fast food restaurants, like Burger King, are trying to cash in.

But local foodies say widely-available, commercial options including the Impossible Burger aren’t enough: They want unique and creative options in the form of local restaurants with various cuisines and cultures. Morels was known for its decedent offerings, such as the Farby, a vegan take on Arby’s Beef ’n Cheddar. That’s why the restaurant closing was a shock to many — and why other local vegan restaurants in the city are thriving.

“It’s so impressive to me how fast it’s become popular — not just trendy but kind of normal to eat vegan,” Addington said. She later added, “Over half the people that come in here aren’t vegan at all, which is huge.”

The Louisville vegan scene as it is now was born out of the food truck boom of the last decade. In 2011, Morels debuted as Louisville’s first vegan food truck, fueled by a $13,000 Kickstarter campaign. Chase said he was motivated by his own hunger for good vegan food in the city. Sure, there were vegetarian restaurants such as Zen Garden, but no greasy vegan comfort food. He and his wife at the time often drove to Asheville, North Carolina just to eat vegan hot wings. Soon after, in 2012, Chase launched the jerky company and a wholesale wrap business out of a rented kitchen space in the Clifton Center. When the enterprises took off, Chase sold the truck. Now, Louisville Vegan Foods is set up in the newly opened Logan Street Market selling Morels wraps and dips alongside other vegan products such as Whelpdale Chocolates, Sugar High desserts and vegan jerky. Chase is part owner in both Whelpdale and Sugar High, a local vegan bakery owned by former Jerky Co. and Morels employee Ashlee Bender.

Louisville got its first brick and mortar vegan restaurant in early 2016 when Half-Peach Bakery and Cafe opened in St. Matthews. Flora Kitchenette opened in early 2017, followed by Morels Cafe, which opened on Baxter Avenue in April 2017.

Sue Zhao said vegan awareness has blossomed in just the three or so years since she opened Half-Peach.

“When I was starting to renovate the restaurant, many people had no clue about being vegan,” Zhao said. “It grew very, very fast. Now, more and more people are coming in, some from Louisville or from Canada, New York, Georgia, Chicago and even California. Some of the young people say, ‘I travel all over the United States for vegan food.’”

Half-Peach is temporarily closed due to a roof collapse, but the cafe’s loyal customers have contributed $4,000 in donations and an outpouring of social media support. While Zhao searches for a new location, Half-Peach continues to share vegan recipes online, deliver baked goods to local businesses like the Life Bar and Rawnaissance, and sell prepared bento box meals at Rainbow Blossom Natural Food Market.

Last October, Louisville gained another fully-vegan restaurant in The Highlands. After three and a half years operating as a food truck, V-Grits opened as a restaurant, partnering with False Idol Brewing on Barrett Avenue in the former Monkey Wrench. Its owner, Addington, was the first vegan chef to compete in and win Food Network’s “Cutthroat Kitchen” competition. She used her winnings along with nearly $14,000 in Kickstarter funds to open the food truck.

Addington, a native of Shelby County, started eating vegan around 2005 after stumbling upon information about factory farming online. At the time, Boca Burgers were among the few vegan meat substitutes and soy was the only widely available nondairy milk. She missed the hearty, Southern-style comfort food her mom used to make, so she set about teaching herself to cook it all vegan. Now, rather than quinoa and kale, V-Grits is known for its hot browns, country-fried steaks and loaded mac and cheese.

“It’s just a unique take,” Addington said. “If people go out and they’re trying the other vegan options and they like them, it’s just making them more likely to come to our place to try a really wide variety of stuff.”

This is why, Addington said, she doesn’t see other restaurants offering vegan options as competition. The more people eating vegan food, the better, she said.

Vegan activists Joshua Ahlers, 22, and Taylor Sartori, 19, said they hope to see a broader range of vegan restaurants and options in the city.

“I love the Impossible Burger, but when we go to a restaurant, I don’t want to be eating the same thing all the time,” Ahlers said.

When I spoke to the couple by phone, they were on a weekend trip to Asheville, North Carolina. They were there to hike the Blue Ridge Mountains — and eat good vegan food. Like Chase, they’re willing to travel for great vegan options.

Shahar Cafe, which opened last spring on Bardstown Road, is one of their favorites — and, to them, it felt like fate that Shahar opened right around the time Morels closed.

The cafe’s owner, Vick Multani, is only 19. With the help of his mom, Dilbar Sultanov, and sister, Suzana Multani, he opened the cafe in May — coincidentally, the same day Beyond Meat’s stock went public. The cafe sells Beyond and Impossible Burgers, but the menu’s star dishes include vegan versions of traditional Uzbek and Indian food, inspired by Multani’s mom’s heritage.

The cafe didn’t start out as vegetarian. Sultanova originally wanted the menu to feature all traditional Uzbek and Indian food and pastries, which are rich in meat and butter. Multani, who’s a vegetarian, added a Beyond Burger to the menu. When it sold well, he set about perfecting vegan versions of his mother’s traditional recipes. Eventually, his mom came around, too.

“I just didn’t stop until it tasted the same as it would back home,” Multani said.

Now, the menu is entirely vegan except for the cafe’s traditional Canadian poutine and a few pastries, including baklava. The menu includes two types of American-style vegan burgers, a vegan take on Uzbek kebabs, Turkish coffee and Indian samosas. Marvel comics adorn the walls alongside an Uzbekistan flag and blue neon sign that reads “good vibes only.”

The cafe — and Multani — are both still young, but Multani has big plans. He hopes to someday open other Shahar locations in other cities. In the meantime, he hopes the vegan scene in Louisville continues to grow.

“Hopefully us being here is paving the path for other people to come out and open up their own restaurants,” Multani said.

Both Chase and Addington said they think young people like Multani will continue the growth of vegan food.

“Louisville is such a foodie city and we have so many neat restaurants,” Addington said. “I just can’t wait to see what comes next.”