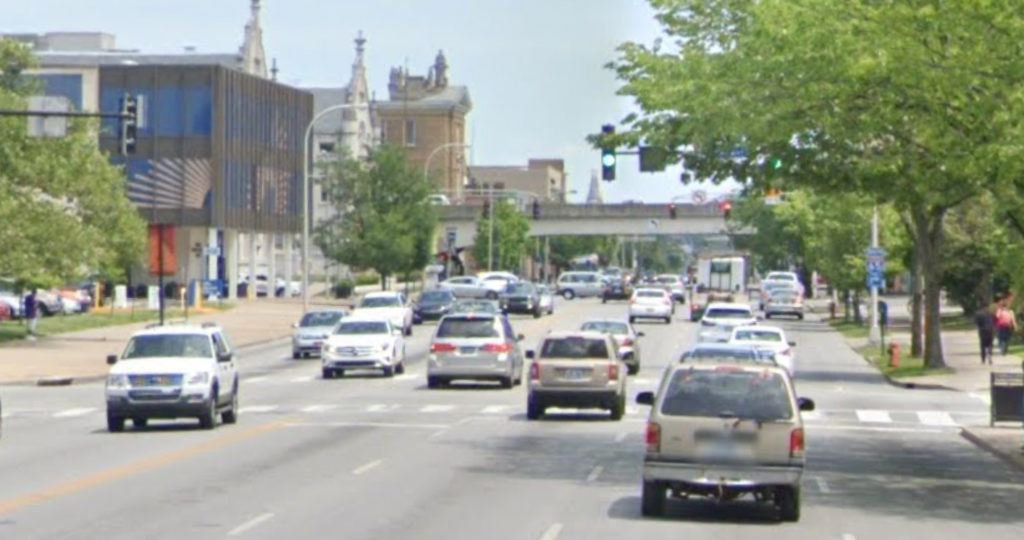 “Make no little plans. They have no magic to stir men’s blood.” —Daniel Burnham, an American architect and urban designer.

Fair enough. And great words to aspire to.

LEO Executive Editor Aaron Yarmuth’s column on the Broadway redesign planning process in the Nov. 27 issue made the case for a transformative transportation project on the city’s most visible thoroughfare — one that could change the face of the city.

I, along with many other transit advocates, would love to see such a change. However, big plans require big political will. And they require it up and down the political spectrum, from the city to the state to the federal government.

That’s something that doesn’t exist now.

The BUILD program, by contrast, focuses primarily on interstate expansion.

Simply put, as long as there’s a Republican in the White House, there’s just not going to be federal money for the Dixie Highway and Broadway redesign projects of the world.

At the state level, the Kentucky Transportation Cabinet, or KYTC, has a ranking of priorities for the state and region. This plan, too, places a high importance on highway projects. In the most recent budget cycle, an expansion of interstates 265 and 71 received $180 million in funding. The highest rated Jefferson County project for the 2020-22 cycle is a further I-71 expansion estimated to cost $210 million.

That is to say, simply, that the state’s priorities for transportation funding, even with a Democratic governor and a KYTC head, Jim Gray, former Democratic mayor of Lexington, do not align with a project such as the Broadway redesign.

So, where does that leave us?

For one, it leaves Louisville Mayor Greg Fischer’s hands tied. Even the most perfectly planned, locally supported Broadway design is unlikely to receive state or federal funding under current circumstances. A healthy dose of patience is certainly needed — the election of a Democrat in the 2020 national election would help, as would a Democratic U.S. Senate majority. Even then, an implementation of a Broadway plan would take the better part of a decade, if not longer.

But also, can the city just make good on the promises of yesterday? As an advocate, it can often feel overwhelming thinking of all the plans that have come and gone, that are collecting dust on some shelf in the Advanced Planning office.

Some are small plans, simple plans. It’s time to make good on those!

The city has not just a plan but funding (!) to convert a number of streets downtown to two-way: Seventh and Eighth streets on the western end of the Central Business District, as well as Jefferson, Campbell, and Shelby streets in NuLu. A February 2017 Courier Journal article reported that they would be completed “soon.” To date, none have.

For nearly a decade, a streetscape redesign of East Market Street in NuLu has been in the offing. The plan calls for wider, tree-lined sidewalks, a protected bike lane and one fewer driving lane, for the purpose of creating a more dynamic, business-friendly street environment — something akin to West Main Street. The city’s fiscal year 2019 budget had funds for this, as a match for federal funds, but now, halfway through the city’s fiscal year 2020, that time has come and gone, and it is unclear if this project is still moving forward or dead.

While transformative projects for Broadway, as well as Ninth Street and Bardstown Road, among others, are needed, it’s important that we as a city get the little stuff right as well.

Projects like these won’t change everything. But maybe that’s not so bad. Together, maybe they’d be enough of a catalyst to make transformative change really possible and not just a pipe dream. •

Chris Glasser is the executive director of Streets for People, a Louisville-based, multimodal advocacy organization.