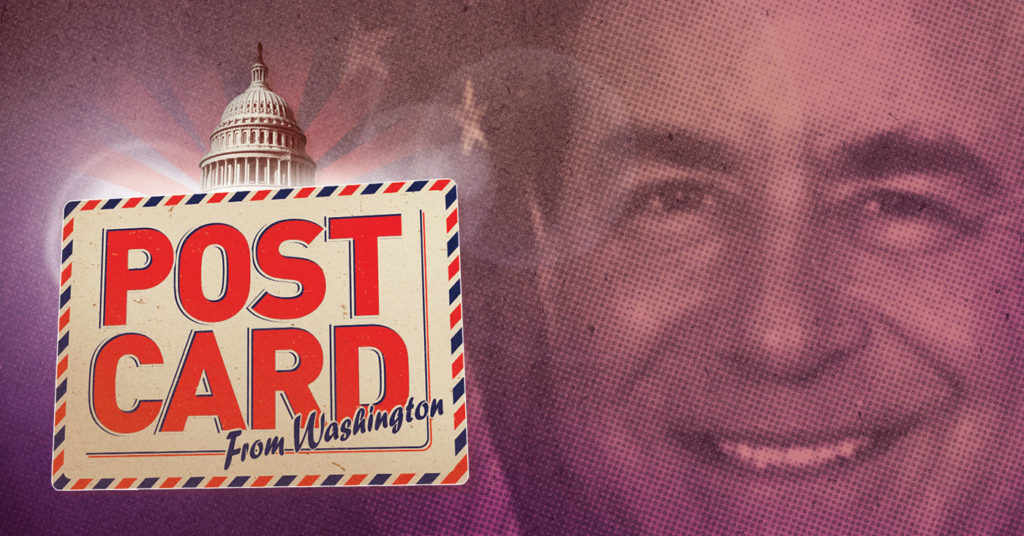 Twenty-one years ago, I wrote a column in LEO about the impeachment of President Bill Clinton that is the one I still regret most. I argued, with perfect logic but little sensitivity, that Clinton was entitled to lie to a Grand Jury because the prosecutor was not entitled to ask him about a private, consensual affair.

In today’s world, of course, Clinton would not have lasted a week, since we all understand, or should, that an affair with your intern is anything but consensual. At the time, though, it was clear to me that Ken Starr, the special prosecutor on the case, was engaged in a partisan witch-hunt designed to undo a democratically elected President.

And as we have been constantly reminded, people such as Lindsey Graham and Mitch McConnell spoke forcefully about the rule of law and the ideal that no one is above it.

This week, we will move into the next phase of the process of impeaching President Trump. The House Judiciary Committee will hold hearings on potential impeachment articles, or charges, and whether to send them to the House floor for action.

Once again, we will hear full-throated but disingenuous Republican attacks against the proceedings, rather than a defense of Donald Trump’s actions. And Democrats will scream that no one, even a president, is protected against accountability for his actions.

While it’s darkly hilarious to watch sanctimonious arguments of people such as Graham and McConnell scream about witch-hunts and hoaxes, I hope the American people will focus on exactly what is at stake in this process. Because the difference between the Trump and Clinton cases is not just that Clinton lied about sex and Trump played politics with national security. The difference is that now, the very foundation of our democracy is cracking, and we need to restore it.

For more than two years now, I have been warning anyone who would listen that our democracy is in jeopardy. I often repeated the remark made to me by a former colleague, David Obey, who served in the House for more than 40 years. We were discussing the dangers of the Trump presidency, and David said “You know, John, democracy doesn’t guarantee a happy ending.”

Our democracy began deteriorating a while before Donald Trump, and all of us are to some extent to blame.

We have allowed politics to become the national pastime for lazy people.

We can play from our sofas.

We don’t have to read or think or listen. We just need to know which jersey one side is wearing, and we root accordingly.

Millions of Americans still believe — because their team says it — that the report concluded that President Trump did nothing wrong. However, here’s exactly what the report said about potential obstruction of justice by the president:

“Fourth, if we had confidence after a thorough investigation of the facts that the President clearly did not commit obstruction of justice, we would so state. Based on the facts and the applicable legal standards, however, we are unable to reach that judgment. The evidence we obtained about the President’s actions and intent presents difficult issues that prevent us from conclusively determining that no criminal conduct occurred. Accordingly, while this report does not conclude that the President committed a crime, it also does not exonerate him.”

Earlier in the report, Mueller documents 10 separate actions that met the legal requirements for prosecutable obstruction of justice cases. I don’t know whether we will consider those among the articles of impeachment, but they are clearly grounds for impeachment and expulsion.

A few weeks ago, I had a calm conversation with a pleasant woman who was against impeachment, because she believed Trump when he said that his July 26 phone call with the Ukrainian President was perfect. When I asked, she admitted she had not read the transcript of the call. Why should she? She believes Trump would never lie.

Many Americans will choose to ignore the impeachment proceedings, and others will be willing to excuse anything Trump does. But everyone needs to take off their jerseys and pay attention.

This is serious business, and it’s not just Donald Trump’s future at stake. It’s America’s. •