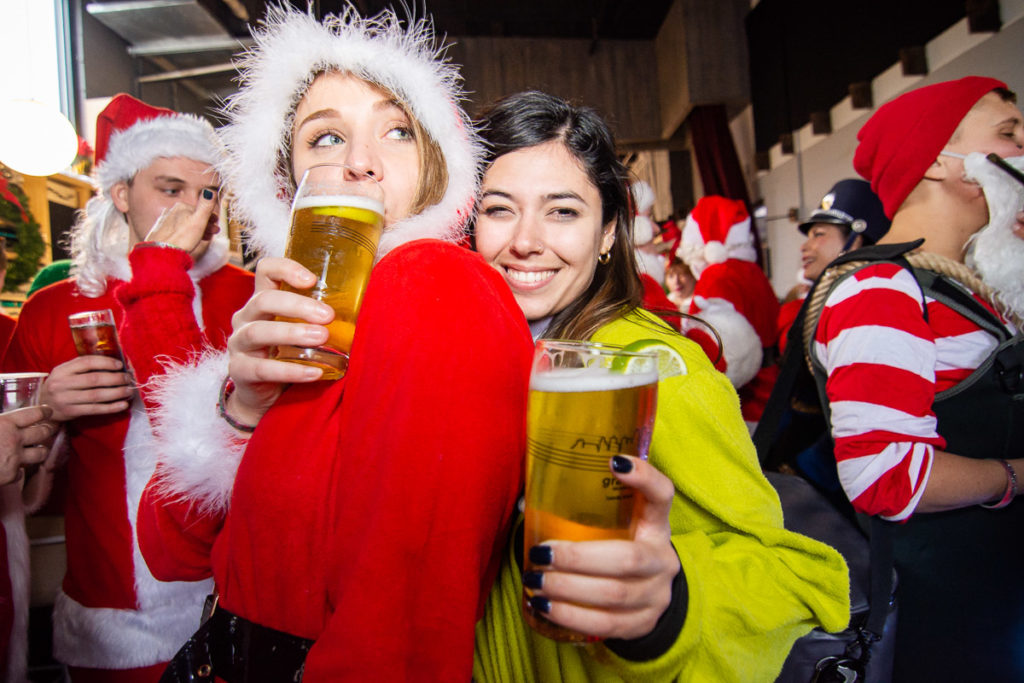 The annual Santacon pub crawl brought a gaggle of Louisvillians dressed as holiday characters to several bars throughout Phoenix Hill and NuLu on Saturday. They included a range of traditional and themed Santa costumes, but there were also Grinches, elves and a few mash-ups of various Christmas characters that can to be described only as weirdly festive. Organizers Chris Fischer, Jenna Ankenbrand and Leonard Boltz have been throwing the “charitable, non-commercial, non-political, nonsensical Santa Claus convention” for nine years and said that it “has only gotten bigger every year.” Santacon is an international event that started in San Francisco in 1994 and has grown to 44 countries, with Louisville joining in 2010. This year, the Louisville installment wandered from Old Forester’s Paristown Hall through Mile Wide Beer Co., Gravely Brewing Co., Falls City Beer, Galaxie and ended with the North Pole Extravaganza at High Horse Bar on Story Avenue. I followed the party from beginning to end and photographed all of the shenanigans throughout the day.