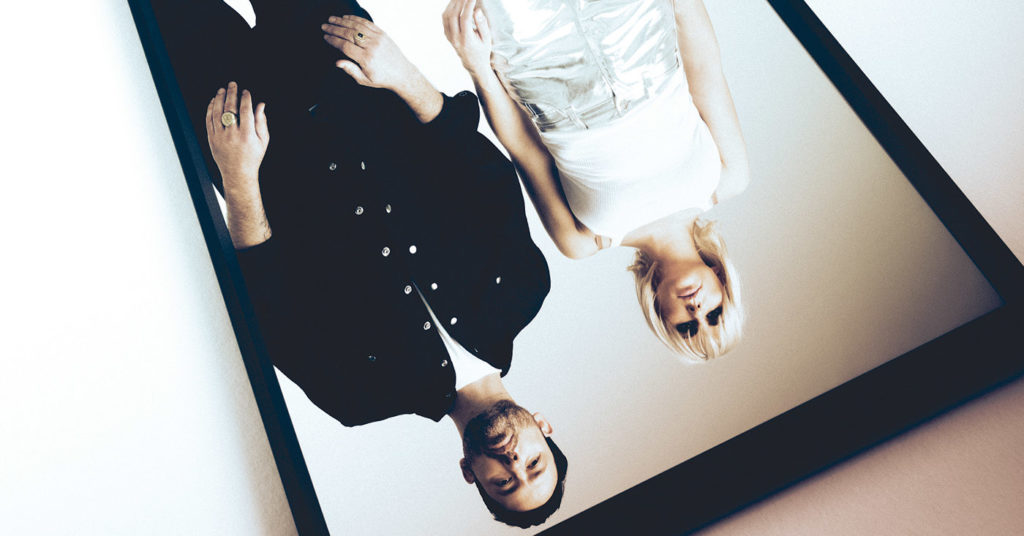 For over a decade, duo Sarah Barthel and Josh Carter have been altering the sound of pop to the point that their band Phantogram should be a new genre. The music is electronic with a gritty guitar, but the heft happens in the copious flow of overlapping beats. Barthel’s velvet voice provides a slight softness to keep it from tipping into the EDM category. Since the summer, Phantogram has released three new singles that stem from a journey of grief and slow recovery. In 2016, Barthel’s older sister, who had battled with depression, died by suicide. As Barthel and Carter processed this tragedy, they released the single “Someday” with the proceeds from the streaming sales to benefit the American Foundation for Suicide Prevention. The lyrics to their first 2019 single “Into Happiness” demonstrates their sorrow: “Wish you could be here / No more loneliness / You’d make it perfect.” With Phantogram’s fourth studio album releasing soon and a brief tour to end the year, LEO talked with guitarist and songwriter Josh Carter.

LEO: You experienced the tragedy of losing a family member. The song ‘Someday’ was written as a remembrance as well as an acknowledgement of mental health awareness. Has the way you write music changed because of this?
Josh Carter: The way we experience life is forever changed by our experience. We’ve always written about personal things. This tragedy that we went through has helped us realize even more how precious life is.

There is a growing trend for musicians to give partial ticket sales to charities. You’re supporting the American Foundation for Suicide Prevention. Do you mention this during your live performance?
We mention this at a lot of our live shows, yes. We always take the time to spread awareness of mental health issues. We want people to know that it’s OK to not be OK. We are all in this together.

Your new single release ‘In A Spiral’ has that familiar Phantogram sound but pushes the dream pop genre. Is this the future of pop?
It’s a natural evolution of our sound. We make experimental pop and always push ourselves to create new things and make forward-thinking music, rather than make what is trending.

The songs’ lyrics ‘I’m a meme on a feed in a spiral’ address the torment of social media. Is this autobiographical?
It’s an observation of the current world we live in.

The stunning video for ‘Into Happiness’ was directed by Floria Sigismondi who is renowned for her disturbing music video work with Marilyn Manson and David Bowie. Did this experience heighten any personal fears during filming?
[Laughs] The only personal fear it heightened for me was standing on the roof of a building for a scene. I don’t particularly enjoy heights.

It seems you are always on tour. Is there a favorite gig/venue that you enjoyed most?
Wow. Yeah, we certainly do tour a lot. We just played a festival in Mexico City, and it was so much fun! People get so excited there. Lots of energy!

In 2017 you played Louisville’s Forecastle Festival. Any distinct memories of the city?
I remember the audience was really fun. Cool view of the river from our dressing area. I got a cut and a beard trim on the grounds [Laughs]. Hopefully we get to see more of Louisville this time around!

Any chance of making a second Big Grams album [Phantogram’s collab with Big Boi of Outkast]?
100%.

Earlier this year, Billie Eilish covered your song ‘You Don’t Get Me High Anymore’ for BBC Radio 1. Did you know she was a fan? Which of her songs would you cover?
No. I don’t know much of her music, but “Ocean Eyes” could be cool. I think Sarah knows more, so I’ll ask her. •