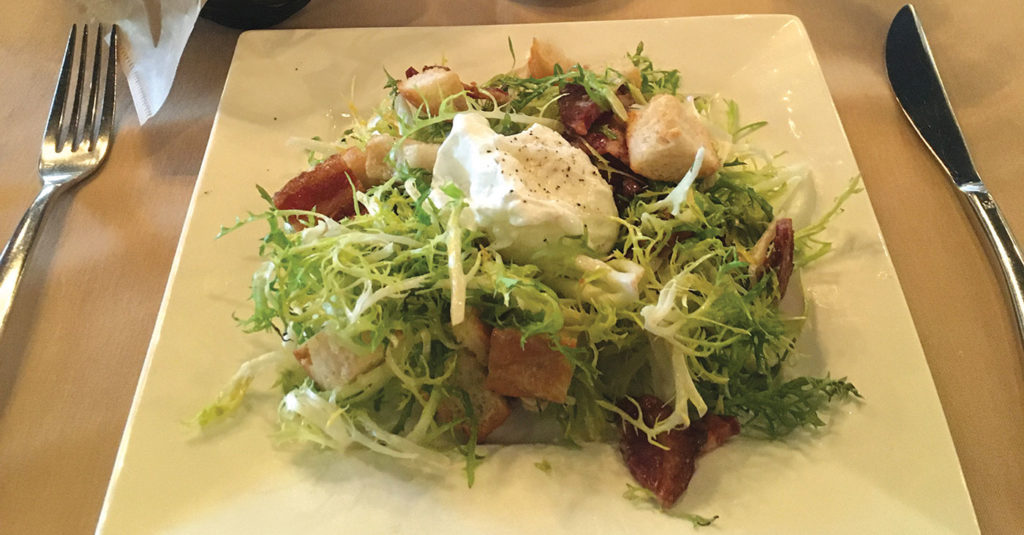 Tis the season of overindulgence, which makes sense when you realize that December holidays are appropriations of ancient winter solstice festivals. These raged against the dying of the light and then celebrated the lengthening of the days. Most directly, the timing of our midwinter celebrations, including Christmas and New Year’s Day can be traced to the Roman festival honoring the god Saturn — the Saturnalia.

Commencing on Dec. 17 and lasting for seven days, Saturnalia was a time when masters and slaves were allowed equal status and could dress alike. In some instances, at tables laden with endless arrays of rich dishes and bottomless jugs of wine, the masters even waited on their slaves. The object, interestingly, was to put everyone on equal social footing, though only temporarily.

All civic activities were suspended. Schools, law courts and businesses (with the exceptions, one assumes, of food purveyors and wine merchants) were closed. Peasants, as well as nobles, were included in the celebrations. The giant banquet set out in the Forum was open to one and all. A great deal of dancing, in addition to feasting and imbibing, took place. Lots of goats were sacrificed. Presents were exchanged. And crowds of revelers thronged the streets shouting, “Bona Saturnalia!” the pagan precursor of “Merry Christmas.” Over all of it presided a mock king known as “The Lord of Misrule.”

Caligula extended official observances of Saturnalia to five days, which sounds like a prescient embrace of Oscar Wilde’s declaration centuries later that “Nothing succeeds like excess.”

Modern merrymaking is pretty subdued compared to the weeks of debauchery enjoyed by the ancient Romans. Though our lavish spending on expensive gifts certainly overshadows that of the ancients, especially if one considers the high-tech gizmos and even luxury automobiles — if you believe the seasonal television ads from Lincoln, Mercedes-Benz and their ilk. Saturnalia gifts were more along the lines of wax candles, which obviously came in handy during the long, dark days of winter.

That said, we really do our best to keep up in the eating and drinking department. Slabs of roast beef and gravy, mountains of mashed potatoes, buckets of green beans, heaps of casseroles and basket after basket of rolls, plus the ubiquitous Christmas cookies and assorted cakes and pies, all add up to weeks of more calories consumed than usual. That doesn’t even count the eggnog and other gallons of wine and spirits drunk. Probably, the only time more bourbon is served here is during Derby season.

No wonder fitness centers always see a spike in membership in January, and the most common New Year’s resolution is to take off some pounds. But, coming down from all the festivities doesn’t have to be a cold turkey period of fasting and sweaty gym workouts. Perhaps a more measured approach characterized by quality over quantity would be a more enjoyable, not to mention realistic, one.

Honestly, the only New Year’s resolution I ever have been able to keep was the year I vowed always to have a bottle of Veuve Clicquot champagne chilling in my refrigerator. This isn’t quite as decadent as it sounds. Because of its carbonation, sparkling wine, unlike still wine, stays quite drinkable for several days after it’s opened. The same principle keeps those liter bottles of soft drinks or tonic water fizzy for some time after you have twisted their tops. A flute of champagne, every once in a while, is a fine reward after a long day and is nowhere near as calorific as a shot of bourbon or a bottle of beer. I think I drank three bottles over the course of the year.

Similarly, sparkling wine is too often overlooked as a complement to food. It doesn’t have to be saved for a special occasion. Why not brighten a light bite with a glass of bubbly?

Certainly, salad qualifies as a light bite and can be a flavorful, moderately filling dish (especially at lunchtime and with a piece of crunchy baguette). For simple, yet delicious, it’s hard to better the traditional cooking of Southern France, and for a satisfying, elegant salad from that region, I’m always drawn to la salade Lyonnaise.

Lyonnaise salad is a fixture on the menu at French restaurant Brasserie Provence. In place of any kind of lettuce, the greens base used is frisée, a slightly bitter and mildly peppery member of the chicory family.

Renowned English cookbook author Elizabeth David, who introduced the British to the cuisine of France much as Julia Child would to Americans, once wrote, “The pig in all its forms plays a large part in the cookery of Lyon.” The pig appearing in this salad is lardons of smoky bacon that are joined by crisp croutons tossed together in a light Dijon mustard vinaigrette and topped with a poached egg. Simple ingredients, complex flavors and a high-protein salad.

My preferred pairing with the Lyonnaise salad, as you may have guessed, is a glass of champagne. Of the sparklers on the Brasserie Provence list offered by the glass, I like the Nicolas Feuillatte Brut Reserve. It has some light pear and apple notes that nicely contrast with the smoke and pepper of the salad, and it cuts through the egg’s rich texture.

You might like to follow this virtuous lunch with a cup of espresso (zero calories) in lieu of dessert, therefore continuing to treat your palate while watching your waistline.