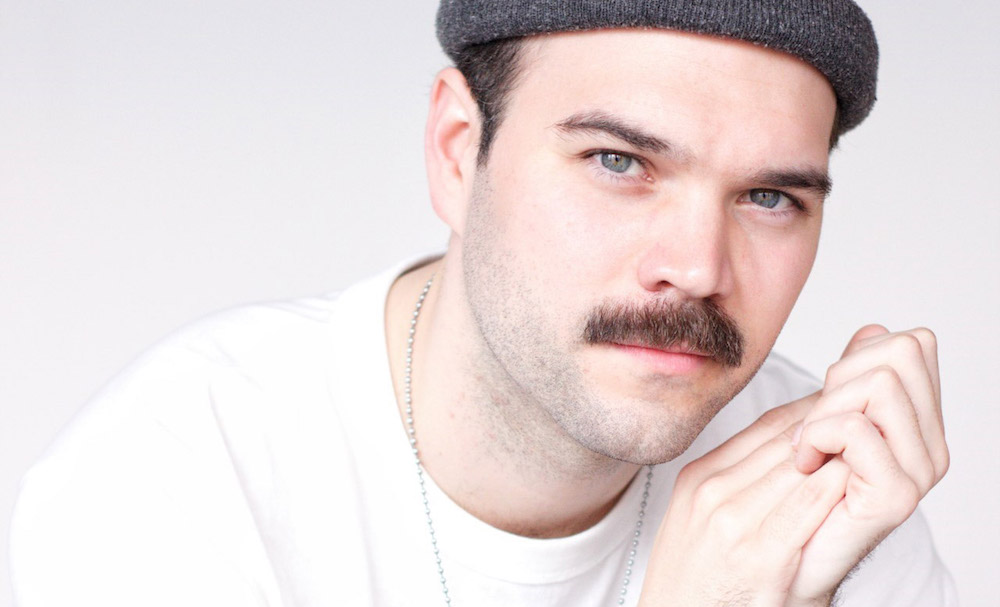 Humorist David Sedaris’ snarky holiday classic “Santaland Diaries” features one grumpy retail worker recounting the horror of working as an elf named Crumpet during “the most wonderful time of the year.” For the last two years, New York-based actor Bear Brummel has played Crumpet in the stage adaptation at Actors Theatre of Louisville, a one-person play directed by Meredith McDonough. LEO sat down with the actor for a long winter’s chat.

LEO: OK, let’s start with the big questions. If Crumpet and Scrooge got into a fight, who would win?
Bear Brummel: If Crumpet and Scrooge fought I think, by the end, they’d be swapping stories over a bowl of gruel. Their spirits feel awfully similar at times, both able to look above the supposed ‘joy’ of the holidays and see what all these bustling people are really driven by — capitalism.

What about a fight between Krampus and Elf on the Shelf?
Oh, the elf would win for sure. Have you seen that thing? That ceramic face is nightmare-inducing.

That’s true. OK, now tell us about you. How’d you get into acting?
I started acting as a kid because my mom forced me to do it. That sounds awfully ‘Mama Rose,’ but I swear she just knew better than me that I’d love it if I just tried it. So, one summer I found myself swinging around a big piece of candy in the Lollipop Guild.

When did it get serious for you?
I’ve gotta give a shout out to Mrs. Schmidt and Mrs. Hearden, my high school directors, who showed me that theater could be a viable career if I just would pursue it and never stop pursuing it.

You first came to Louisville for the Professional Training Company program in 2017-2018. What was that like?
During my nine months as an apprentice, I was incredibly privileged with the parts I got to play. I played a field-mouse-eating Catmonster in ‘Little Bunny Foo Foo.’

Holy shit, that was you! That was an amazing show.
Gotta name-drop the creators: Dave Malloy, Anne Washburn and Les Waters.

What else really stood out that year?
I understudied Joe Pitt in ‘Angels in America,’ directed by Meredith McDonough. It was through that process that Meredith and I became buds; and now look at us, two years later we’re making silly elf theater.

Sedaris has such an iconic voice as Crumpet. Like, literally his voice reading that story is in a lot of people’s heads when they think ‘Santaland Diaries.’ How did you build your Crumpet?
When I was an apprentice, Meredith and Nathan Keepers, a fellow Minneapolis actor, were creating this show, so I spent some time up in the rehearsal room with them, watching and laughing as they found out how to make it as funny as possible. Nathan is comedically brilliant, a clown through and through, so last year when I took over the role I was definitely learning the ropes, his ropes.

Oh, that’s awesome. So, you used a lot of what Keepers did, or not so much?
Not once did I ever feel like I had to do it like he did or to do it like David Sedaris would. This play is mine now. I can point to so many moments in the show that are things Meredith and I found hilarious in rehearsal, so we added it in. There is still the skeleton Nathan built, and, of course, this play is entirely Sedaris’ voice, but it’s being told through my body and my version of Crumpet. And I’m really proud of this year’s end product.

What’s going on for you other than Crumping?
Living in New York, I’m auditioning and taking work wherever I can. I had my New York debut off-Broadway doing the world premiere of Lily Houghton’s ‘Of the Woman … ’ with Normal Ave. I’ve been happy to be getting some fairly consistent work these past few months… but we know that this won’t always be the case. So, when I’m not acting I’m a manny for two boys on the Upper East Side. It’s incredible work, and I need to find a way to turn the things they say into some play. ‘The Nannyland Diaries.’ Patent Pending.

So, like, what’s your experience with the holiday retail hell?
My holiday work has always been pretty awesome. I played Fred in ‘A Christmas Carol’ at the Guthrie Theater for two years, and that was an incredible experience. To be honest, I’m a little jealous of all the Christmas cheer the cast of Actors Theatre’s ‘Carol’ gets to spread. Yes, people leave ‘The Santaland Diaries’ smiling too, but for very different reasons.

If you got to be in ‘Christmas Carol,’ who would you want to play?
Sometime in my career I want to play Scrooge, Cratchit, Christmas Present and Jacob Marley. All at different times, of course. Wait. Is there a one man ‘Christmas Carol?’ There has to be. I’d be damn good at that.

Why those characters?
Cratchit and Present are bursting with joy and spirit. Marley has arguably the best moment in the entire show bursting in, chains and all, just to mess with his old partner. Who wouldn’t want to play that? And Scrooge is a real aspiration of mine. In the span of two hours, we watch him grow from a cold and covetous old soul to a benevolent and kind man who can’t help but to help those around him. Ahhh, I’m getting goosebumps just thinking about it.

So, what are some places you’re excited to come back to in Louisville?
I’ve gotta get a sandwich from Royals. Some of the best nights of my life were as an apprentice sitting out on the patio of Mag Bar until 4 a.m. Jazz night on Mondays at Decca is the best place to bop your head and have a glass of wine. Should I keep going? Am I going to get paid for all these endorsements?

Doubtful. What about Actors Theatre? Do you see yourself coming back again?
Obviously I’d love to come back to Actors Theatre, any chance I can get. This theater feels like a second home. The people who work here are old friends by now. I’d love to come work during the Humana Festival — this theater becomes something really special that time of year. The entire American theatre community turns their head and focuses on the work being made in Louisville, and I’d love to experience it first hand. And yes, as long as they keep making the candy cane tights in my size, I’d love to be here for the holidays. I love this place. They can’t keep me away.

“The Santaland Diaries” by David Sedaris, adapted by Joe Mantello, continues at Actors Theatre of Louisville through Dec. 23. Audience Advisory: Contains some strong language and strobe lighting. Not intended for young audiences. For times and tickets visit actorstheatre.org, or call the box office at 584-1205.