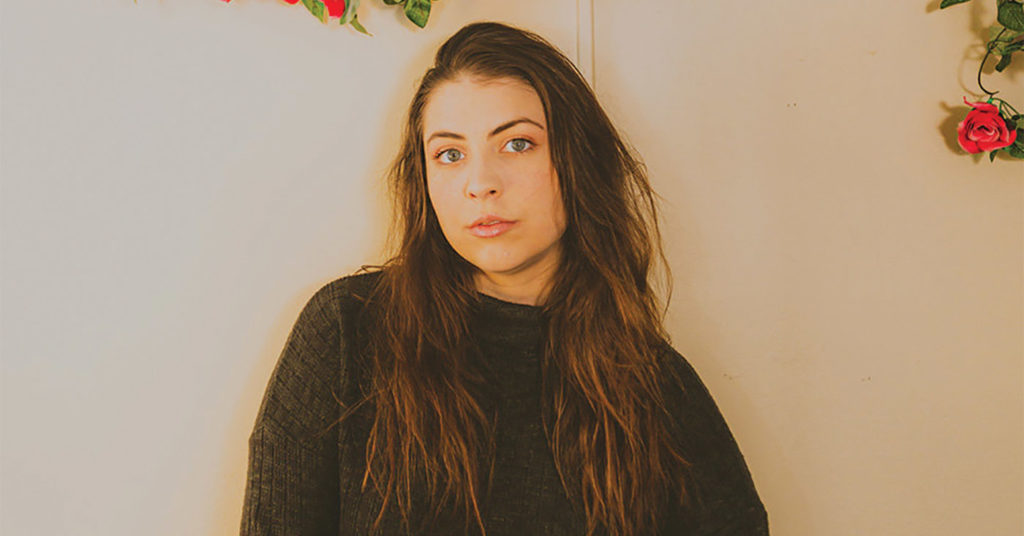 Molly O’Malley’s “That Scares Me!!!!!” deals with one of life’s most important lessons: the art of talking about emotions.

“To me, it’s about how fucking terrifying vulnerability is,” O’Malley said. “It’s scary as hell. I remember when I was younger — or even just a teenager — when I would see adults and say to myself, ‘I can’t wait till I’m older, and we’ve all figured out how to communicate and talk to each other about our feelings like adults!’ And, whew boy, was I wrong about that.”

“That Scares Me!!!!!” is the story of how O’Malley came to this discovery about emotional communication. It’s her take on the classic “girl-likes-boy” motif, though O’Malley handled it with rare depth and visceral resonance.

“I’d realized I had these new, scary, intense feelings for someone after I hadn’t had feelings for anyone for a long time and after having a rocky past series of relationships and a thorough understanding of what vulnerability can bring,” she said. “It’s quite scary to open yourself up in that way all over again. The feelings and emotions had been in my head, and I couldn’t shake it no matter what I did. I’m definitely a huge verbal processor, and these nagging emotions wouldn’t leave, so I just had to write about it. I had to process it out to myself.”

With the song, O’Malley perfected the early-‘90s indie-rock sound (and ditto for the album artwork). Drawing on influences such as Alanis Morissette’s brazenness, Hope Sandoval’s spaciness and Liz Phair’s forwardness, O’Malley delivered a thoughtful ballad bereft — thankfully — of any cloying sentimentality. Every word from O’Malley’s full, velvety voice seems to emerge from her purposefully and easily, balanced expertly with a slow, simple accompaniment highlighted by O’Malley’s mournful and precise guitar playing.

“Sonically, I was trying to get the music here to convey how uneasy the emotions I had make me feel. They feel a lot like riding a carousel, going up and down and around, back and forth in your head. I tried to convey those feelings on the third chord you hear in the song, and some notes here and there that feel a little out of place. In a lot of places in the song, the keyboard might feel a little off in relation to everything else, and that’s definitely something that is supposed to be portraying how uneasy I was feeling.”

Oh, and in case you’re wondering how it all worked out for O’Malley, don’t worry, she got her happy ending. And it’s in large part, she seems to think, from writing the song which helped her to process out what was going on in her head.

“The person the song is about turned out to be a wonderful and amazing human being. The funny thing is that when I wrote it, I was unsure of how that person felt about me and how they felt about taking our friendship to be something a bit more intimate or to a romantic level. It’s still very odd to me that it ended up working out.” O’Malley shrugged, laughing. “So I guess being vulnerable isn’t all bad.” •