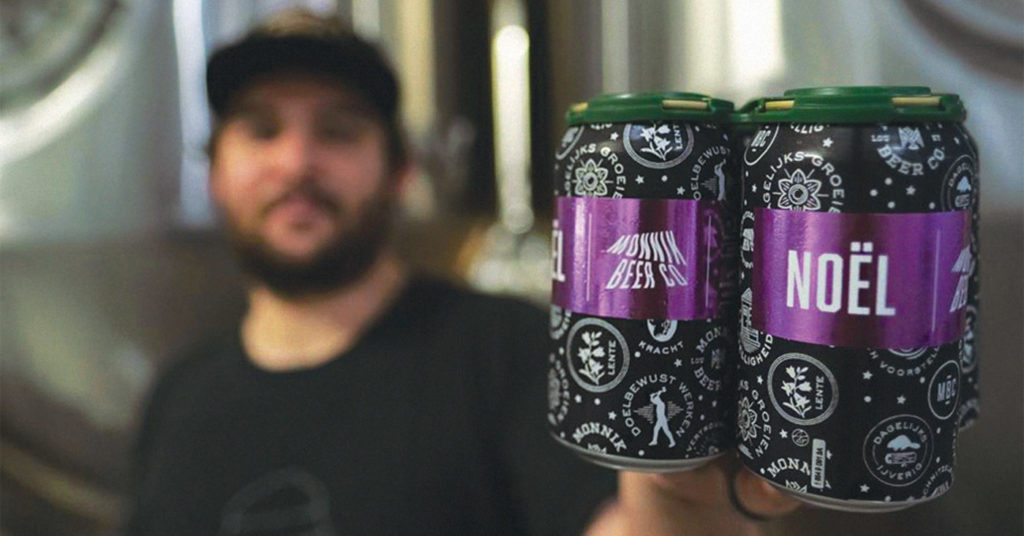 Put down that eight-pack of socks. And don’t even glance over at that ugly, paisley-pattern tie. The beer enthusiast on your Christmas gift list doesn’t want that stuff — they have socks of their own, and they don’t have reindeer on them, dig?

No, if you know a person who likes beer, why not get them exactly that?

And why face the crowds at one of the malls when you can drop into a local brewery or two and get fast, friendly service? Heck, you can even sit down for a pint while you’re there. You know, if you’re not in a hurry to get over the river and through the woods.

Here’s a list of bottled and canned beers you can seek out this Christmas to not only save your loved one the embarrassment of pretending to like that Shake Weight you just gave them. (Seriously, who gives someone a Shake Weight for Christmas?)

Barrel-aged Royal McPoyle, Mile Wide Beer Co.: You’ve probably tried McPoyle, the signature milk stout from Mile Wide Beer Co. Last year, the brewery released Royal McPoyle, a boozy and tasty imperial version of the original. Well, it’s back again, and this time it’s been resting inside a bourbon barrel. That’s right, that big, tasty, boozy imperial stout gets a bourbon-y boost this year, making it a sort of two-for-one stocking stuffer. Pick one up at the taproom for $18 and all you’ll have to do is put a bow on it.

70K, Against the Grain Brewery: It is what the name says it is: the delicious and creamy 35K milk stout, but with the recipe doubled. And then it spent several months in an Angels Envy bourbon barrel to top it all off, with the result being a robust and delicious imperial milk stout. This big boy checks in around 13% alcohol by volume, so it will be the perfect sipper on a cold December night. Find it at the Against the Grain Bottle and Gift Shop for $18 per 750-milliliter bottle.

Winter Hats and Gift Cards, Falls City Brewing Co.: It doesn’t always have to be beer to be a good gift. Falls City welcomes winter with new logo beanies ($18), sure to keep your noggin warm while you drink eggnog. You can also pick up gift cards for the beer lover on your list, which is good for both swag and beer. You can do a mix-and-match six-pack, or you might score one of the last limited edition bombers of St. Nicholas Belgian Dubbel, with St. Nick himself pictured prominently on the red, green and gold label. Inside, you’ll find a bold and sweet Belgian quadruple ale with a bit of a twist — it’s been aged in red wine barrels. Worth taking home for the holidays.

2017 Raspberry Ambré, Gravely Brewing Co.: This one is a bit of a departure from all these big, boozy beers — the Raspberry Ambré is a fruited sour beer teeming with sweet raspberry flavors that are nicely balanced with the oakiness of red wine barrels. Part of the Sour Note Series, this one clocks in at $14 per bottle. Know what else is cool about this beer? It sort of looks like strawberry-flavored Quik. And if that one isn’t big enough, check out the just-released Black Sabbath imperial stout ($18), a 15%-ABV bombshell. It’s sure to bring holiday happiness in waves.

Noël, Monnik Beer Co.: With a name like Noël, how could it not make a great Christmas gift? Noël is a Belgian-style tripel, a sweet and strong golden ale brewed with lavender and ginger for a unique and Christmasy kick. Through Christmas day, you can grab a four-pack at the brewery for $10.50. But don’t wait, because you never know when they’ll dwindle down to the last Noël.

Shoot Your Eye Out milk stout, Goodwood Brewing Co.: Speaking of beers with names that smack of the Yuletide season, this one pulls a classic quote from the holiday film classic, “A Christmas Story.” Maybe it’s no Red Ryder Carbine-Action Two-Hundred-Shot Range Model Air Rifle, but you could sure give worse gifts than a four-pack of this smooth, chocolaty brew at just $10.

Beer-Drinking Hoodie, Apocalypse Brew Works: Once again, it doesn’t have to be actual beer to be a good gift. Get a cozy beer-drinking hoodie at Apocalypse for $35. It’s a charcoal gray color and the back is adorned with a bright orange depiction of the Apocalypse brewery cat wearing a gas mask. Let’s face it, when the end times come, we should all be wearing them. (The hoodies, not the gas masks.)

Fehr’s XL, Akasha Brewing Co.: Just grab a six-pack of Fehr’s, one of Louisville’s legacy lagers, for your granddad. It’s just $10 and trust me, he’ll love it.

BBABB, Holsopple Brewing: The recent return of Bourbon Barrel Aged Bob’s Blessing is reason to grab a gift at Holsopple. This ramped-up porter drops in at around 9% alcohol by volume and warms you to the bone with sweet booziness. While you’re there, enjoy a flight of bourbon barrel beers for yourself.

Crowlers and Growlers of Beer, Pretty Much Anywhere: Pretty much any brewery will sell you a crowler of beer to go, from Akasha to False Idol Independent Brewers. Or grab a growler fill at Old Louisville Brewery, Floyd County Brewing, Great Flood Brewing Co., New Albanian Brewing, Donum Dei, 3rd Turn Brewing, Gordon Biersch or Louisville’s oldest brewery, Bluegrass Brewing Co., and take it to your holiday gathering. Look, it’s Christmas — you can never have too much beer. •