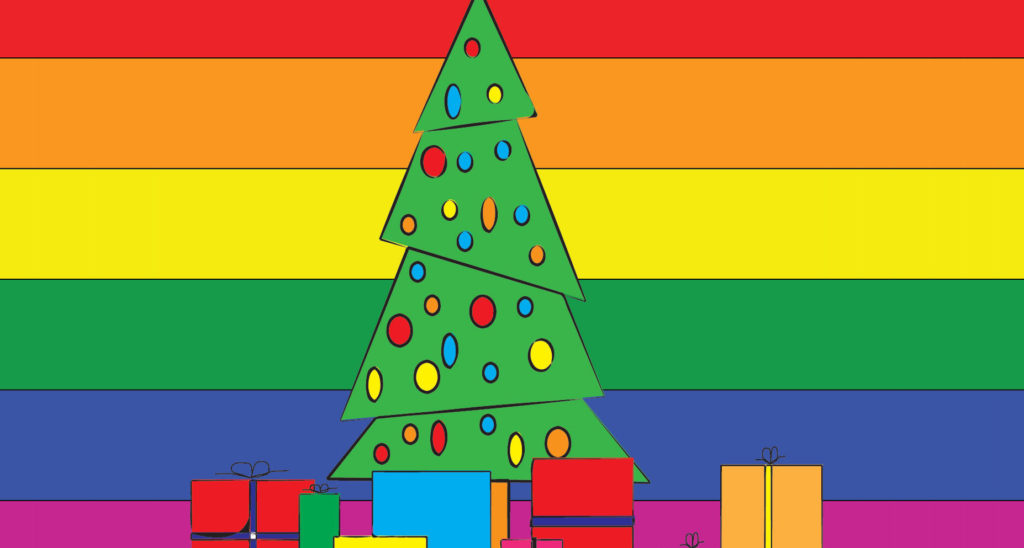 Megan remembers what is was like to spend Christmas morning with her extended family.

“We have like 30 or 40 people on just my mom’s side of the family,” she said. “We’d get together at my uncle’s house, and we’d do this huge Christmas. And the rules — you couldn’t be up before 6, but you had to be up by 7, so we could come downstairs all together.”

That idyllic image is long gone, as Megan, who’s asked us not to use her last name, hasn’t been to her family’s house for the last two Christmases and won’t be going home this year. Megan is an out (lesbian) in a committed relationship, of which her family, staunch conservative Catholics, don’t approve.

Megan is among LGBTQ people who are estranged from their families, which can be especially hard around the holidays.

Maurice “Gator” Blanchard is a Baptist pastor, ordained by the somewhat famously liberal Highland Baptist Church. He’s counseled LGBTQ parishioners on a variety of subjects, including the holidays, and has stopped visiting his birth family due to their response to his homosexuality.

“For a lot of LGBTQ individuals, the ones I have counseled and spoken to in the first years of us coming out, going home is a no-no,” Blanchard said. “Because they are not respected as who they are.”

Blanchard said it can be especially hard for trans people, many of whom are navigating a confusing period. Trans people often struggle with trans imposter syndrome or a feeling of not being trans enough.

Blanchard discussed the questions families can exacerbate in newly-out trans folks, such as:  “Am I right in going through with this change, this transformation? Is my family right.”

Dwelling on those questions instead of being affirmed by their families takes a toll.

“The holidays can overwhelm an individual with that sense of questioning, and I think depression,” Blanchard said.

Some LGBTQ people are asked to stay away for a year or two, while still being told that they are part of the family. Megan recalled the conversation she had with her family when she came out, just after a trip home for Thanksgiving.

“It was, ‘No, we still love you, and we’re going to support you through this — you’re our daughter,’” Megan said.

She would be welcomed back to the family after a few years of cooling off time, theoretically.

“It was implied that the expectation was to give this up.”

While some people are explicitly banned from attending their family’s holiday functions, others choose not to engage.

Rylee Short was assigned female at birth but now identifies as a nonbinary trans-masculine individual. For them, going home became too much to handle emotionally: “It was more like it was not worth the emotional labour for me to be there, because my presence was more about  the things that were different about me than about me just being there and enjoying time with family.”

So, Short chose to stay away.

They had originally come out as queer about seven years ago, while still identifying as cis-gendered. They were estranged from their family but slowly began to re-establish ties to their sister and father, who moved to Louisville, where Short lives. Then, Short came out as trans, and their family again struggled to accept them.

“I do try to do holidays with them, but it’s really getting to the same point around my gender where it’s like it’s almost not worth the energy, to be at a holiday and be misgendered and dead-named throughout the entire evening,” Short said.

Blanchard said that during holidays, a lot of LGBTQ folks celebrate with a found family: “Some individuals are lucky enough to find affirming families that are not blood. It could be friends, it could be the family of another LGBTQ individual. They are able to join in and discover the holidays anew again.”

Short — a musician who plays the French horn — has found their chosen family in Louisville’s music community: “Like, I have a lot of queer friends, but I think I have a larger connection to other musicians in the city, and they are really open to queerness and gender variance.”

Those are the people Short goes to for emotional support, including times that they want to celebrate. Megan is slowly starting to celebrate the holidays with her significant other, and Blanchard has children and a husband with whom he can celebrate, evidence of the fact that LGBTQ people often make their own new families.

Short also has a son, but at times it makes the lack of family more painful, especially since Short’s son spends some holidays with his birth father.

“I don’t know, it definitely feels like things are missing,” Short said. “Because I can’t give him this. Like, when he’s with his dad…  I think he gets like a big family-type gathering.”

For some, the answer isn’t finding a way to make Christmas happy, but instead they find other holidays to celebrate more fiercely. Megan gravitates toward the holiday queer people all over America share, Pride. She says that the entire time she was in the closet she wanted to go, but couldn’t.

“When I finally got to go, I just saw people like me, everywhere,” Megan said. “And I got to dress how I wanted without anybody staring and like, at the risk of sounding cliche, I could hold my partner’s hand without being worried about repercussions.”