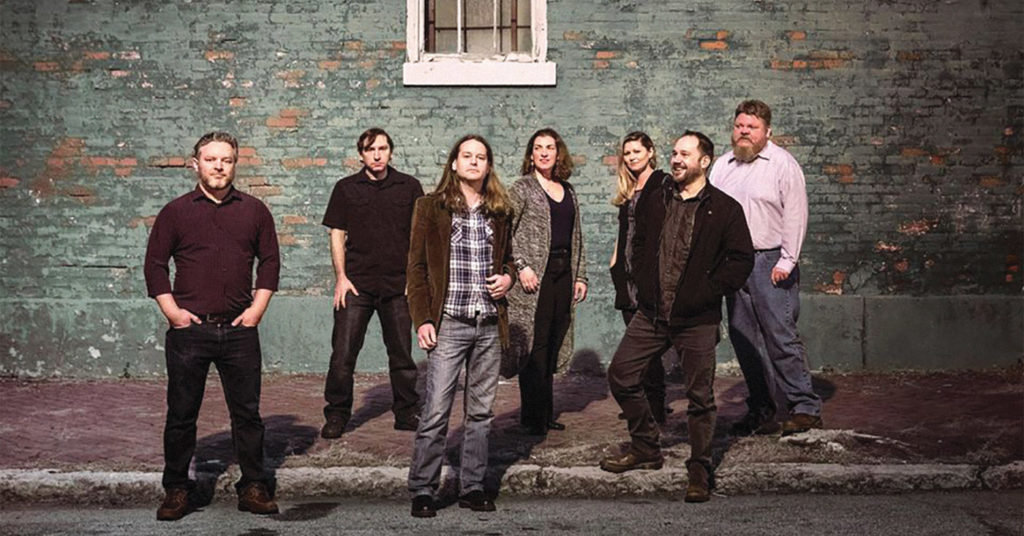 Danny Cash, singer and chief songwriter of the country rock outfit Hawks, understands how hard it might be in today’s world to simply shrug things off.

“Sometimes the only thing left to do is laugh, as hard as that might be,” Cash said. “Maybe it’s an uneasy laugh, something like the Joker’s, but still, it’s a release. But if you’re on the verge of cracking up and losing your shit, that energy has to go somewhere else so you don’t absorb it. Hopefully no one else absorbs it either. But you’ve got to let it out.”

That’s the crux of “It Ain’t Easy,” a song that’s a perfected amalgamation of slick modern country production, the romp of early ‘70s Stones and the honesty and grit of outlaw country performers like Waylon Jennings. As it barrels along, iced with thick guitars and a driving piano backbone, “It Ain’t Easy” almost dares you not to sing along. The song’s strong production value is impressive as well, something that Cash, who recorded the album himself  — with a bit of post-production work by La La Land — is very proud of.

“It was one of the earlier songs that Hawks worked on. At that time, we didn’t have a lead guitarist so I would meow the lead guitar parts into the mic. Pro tip: meows tend to cut through the mix, which is really helpful. We probably have some demos of that somewhere. Fun stuff,” Cash said, laughing. “We recorded this song when the band had just barely come together. We didn’t have a lot of shows under our belt then and things have come a long way since. We play this way faster and with more energy now. It’s weird to hear the recorded version.”

Cash said he was doing a lot of deep thinking about the state of the world when he wrote “It Ain’t Easy. The themes of “nationalism, racism, political polarization and the decline of definitive truth” are all woven into “It Ain’t Easy,” and the other songs that make up Hawks’ album Truth Will Out.

“My original goal was just to write a fun, energetic song,” Cash said. “I didn’t have an agenda beyond that. I set out to make a roadhouse anthem with some honky tonk piano at the end. That’s about it. But like I said: the world tends to creep in. I guess I needed to write it because it’s what I was feeling. I felt like I was going nuts because every day something would happen that would make me question reality. Stuff like, how is it the 21st century and instead of flying cars there are Nazis walking around with tiki torches? Or, am I really living in a country that locks kids in cages?”

But Cash, back to his original point, doesn’t want his personal ideas to reflect, necessarily, on what others might mine from the song.

“Whatever the song means to me, I hope that when people hear it, that it picks them up a bit,” he said. “Maybe they’ll interpret in a more universal, ‘Oh well, might as well have a good time’ sort of way. Maybe they’ll just hear the music and tap their feet. Anything is fine by me. I’m down for whatever.” •