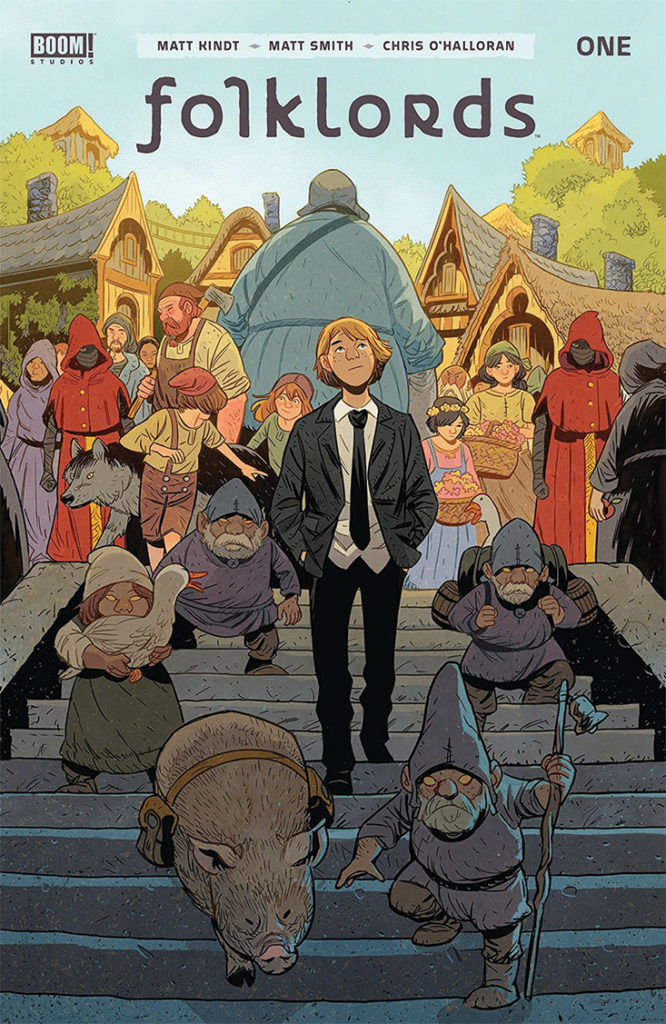 What’s magical about the fantasy genre (other than the magic) is the ability to take the many tropes and mold them into something completely new. This is what writer Matt Kindt has done in “Folklords,” the story of a chosen one in search of answers — a chosen one who wears a suit and tie.

Ansel has visions of a completely unfamiliar world. The world he calls his own is one straight out of the works of Tolkien or Pratchett, but his visions are of a world with horseless carriages, tall buildings and mechanical weapons. He has only one option to find the answers he needs: to find the Folklords. However, the pursuit of the Folklords is forbidden, and Ansel must find his way in secrecy.

What originally drove me to pick up “Folklords” is my interest in fantasy, but what made me add it to my holds list is the concept of a medieval boy with visions of the future — visions of our world. It also helps that the story is driven by a cast of colorful and relatable characters, such as the blind troll who ferries Ansel to and from town, and Ansel’s surprise sidekick Archer.

If you’d like to follow along on a quest for secret knowledge, issue No. 2 hits the stands Dec. 18. • 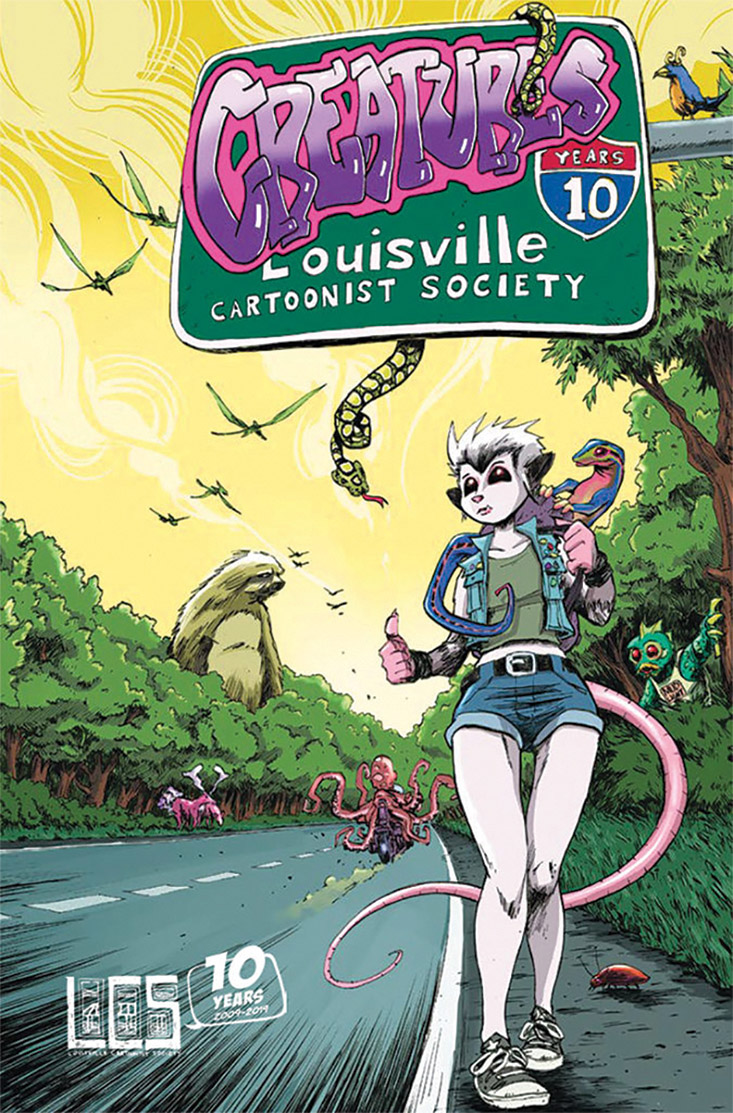 For 10 years, the Louisville Cartoonist Society has been meeting to create and discuss all things comic related, with a focus on “community” and to “welcome contributors at all levels.” It has created titles such as “Derby City Stories,” “Sagebrush and Tumbleweeds” and many other great locally drawn, written and produced comics.

“Creatures” marks its 10th self-published comic book anthology. It opens with a laugh-out-loud piece called “Dingo McQuigly’s Creatures Peculiarium and Zoo Illogicals” by Stephen Johnson where we follow a Steve Irwin-type fellow and his canine pal Doggo on a trip around that most mysterious, scary and smelly place, the human body! This would be a fun read for young and old alike, and I recommend it wholeheartedly.

What follows are nine more stories, some funny, some silly, some scary and others that just leave you scratching your head a little. But, all are enjoyable, and knowing they all came from the amazing brains and hands of our fellow Louisvillians makes it that much more of a treat.

Pick up one of these books and support art in your city! They’d make a great Christmas gift as well! Happy Holidays! •