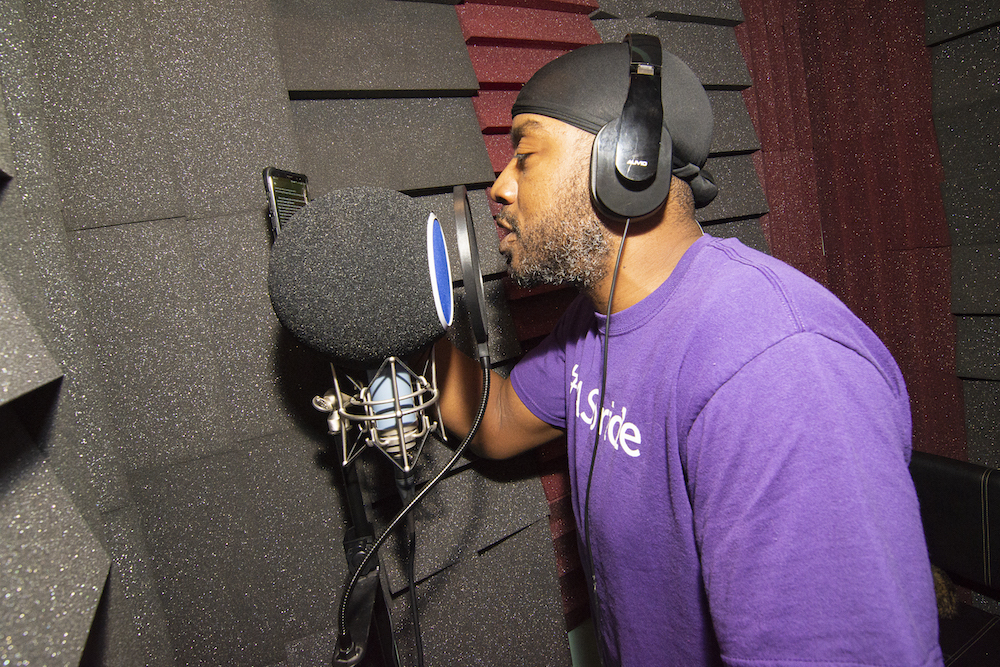 Romell Weaver, the host of I and Eye Radio. | Photo by Nik Vechery

You know the drill.

Every Wednesday, LEO Weekly hits the streets and goes up on leoweekly.com.

But, wait! You can get your eccentric fix throughout the week: Our website offers even more exclusive stories and extras, including long-form articles, Q&As, photos, podcasts, videos — and alt-format ways to tell the stories of Louisville. From our daily coverage of our many music festivals to deep dives on the environment to quick political op/eds to 4,000-word crawls through the Malört craze, there’s much much more to choose from and many surprises.

And, now, here are our favorite web-only stories from 2019.

–When the six smokestacks of the Cane Run Generating Station came tumbling down in a cloud of dust as part of a controlled implosion by its utility owner, nearby resident Kathy Little was flooded with emotion. This InsideClimate News story sketches out Kentucky’s reckoning with coal as utilities move to natural gas increasingly.

–Courtney Kearney is one of the Heyburn 9 arrested July 26, 2018 after halting the operations of Louisville’s immigration court, located on the 11th floor of the Heyburn building on Broadway. Here is her story.

–Everyone thinks they know what ASMR is. If someone once saw a YouTube video of an ASMR artist eating fried chicken, that’s what they think it is. If they once saw a video of a woman suggestively licking a microphone tagged “ASMR,” that’s what it is. Some people think it’s repulsive. That it’s borderline pornography. We explain it.

–LEO writer Michael C. Powell said some call Malört “The Champagne Of Pain.” Turn your taste buds into taste foes. The flavor of the day dad left. Those are but a few quips tossed around — tongue planted firmly in cheek — to describe a rugged, bitter liquor forged by Swedish immigrant Carl Jeppson. He explains why we love this “gnarly crime against humanity.”

–LEO writer Hannah Good asked “Where are Louisville’s sober queer spaces?” She found they are here, and their numbers are growing.

–In Louisville’s burgeoning street mural scene the art collective Often Seen Rarely Spoken is painting the town bold. With creative skills and practice honed through graffiti, these artists have transitioned to becoming muralists.

–Every musician needs a place to rehearse before performing in front of an audience. With as solid of a music scene that Louisville has, practice spaces are located all over the city, in various shapes and sizes. LEO photographer Nik Vechery takes us to them.

–LEO Staff Writer Danielle Grady takes us behind the betting secrets at the Kentucky Derby, finding that Derby bettors know no favorites are safe and sometimes gut instinct pays off… or not. “Joe Causino, from St. Louis, ignored a homemade binder full of racing forms in favor of the advice of a stranger at Subway who claimed to work at Churchill Downs and who told him that Win Win Win was the one to beat. In the end, though, it was more like ‘lose, lose, lose,’ Causino said.”