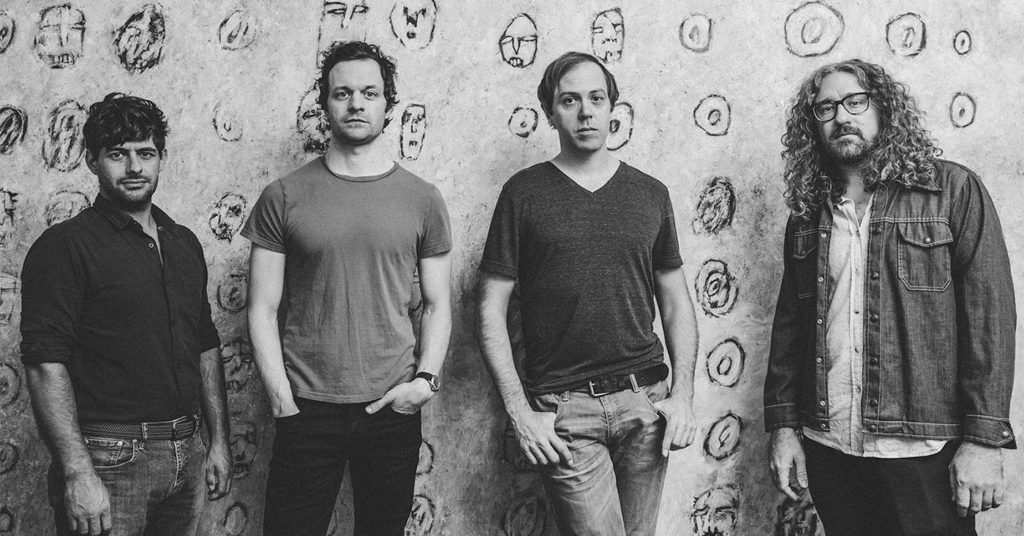 Last week, the psychedelic art-rock band Wax Fang released a surprise four-song EP called Repetition, which was, years ago, initially supposed to be a full-length and the follow-up to their 2007 album, La La Land.

During and after the recording sessions for Wax Fang’s last release, 2017’s Victory Laps, Carney and company started to revisit and record these four songs. And then, a few days before Thanksgiving — sometimes decades after the songs were originally penned — they finally made it out into the public. Take “California” for example, which is about a decision Carney made half a lifetime ago.

“About 20 years ago, I was finishing up film school and was tempted to move to California and pursue The Dream,” Carney said. “It didn’t make much sense to me at the time, so I resisted the urge, and I wrote this song about it. It became the soundtrack to my senior thesis film. I always liked the song, but it took several years to accumulate enough like-minded tracks to include it on a release.”

Wax Fang has gone through several iterations featuring different members, but the band has always had a big, theatrical sound that can build and fall with force, exploring and successfully navigating numerous genres at once. The current lineup of bassist Corey McAfee, keyboardist Zach Driscoll and drummer Josh Moore retains that spirit, bringing cinematic life to songs like the title track of Repetition, which is packed with extremely sharp and slightly mysterious lyrics.

“I wrote that song over a decade ago so my memory of writing it is a bit hazy,” Carney said. “That said, I think there are several themes at play here — folly/redemption, loss/salvation, oppression/rebellion. My intention was to write a non-linear story-song based on a dream I once had, interspersed with some commentary about the human condition.”

Repetition is available for digital purchase and streaming on several platforms.