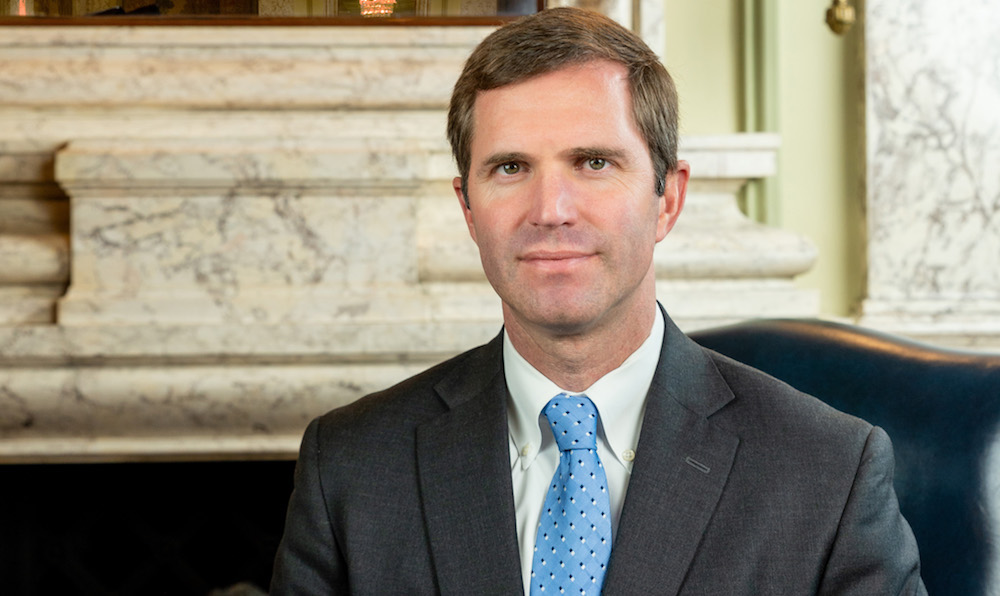 The victory by Andy Beshear in the governor’s race in Kentucky got national attention because it was a win by a Democrat in a fairly-red state over a Republican who seems to have modeled some of his approach after President Trump. Could Beshear’s approach work for the Democratic nominee against Trump? How about whichever Democrat takes on U.S. Sen. Mitch McConnell here in Kentucky?

I talked about these questions this week with Eric Hyers, who was Beshear’s campaign manager. Andy Beshear is very Kentucky — his dad was governor, after all. But Hyers is one of those campaign professionals who has lived and worked in many places across the country. He’s something of an expert on governor’s races in particular, having managed the winning campaigns of Rhode Island’s Gina Raimondo (2014) and Montana’s Steve Bullock (2016.)

What jumped out at me from our interview is that even though Beshear ran a fairly centrist campaign, Hyers doesn’t necessarily think more liberal stances (think Elizabeth Warren) are the death knell for Democrats. But he does have two suggestions for the party: talk about education more and campaign everywhere. Here is a lightly-edited transcript of our conversation.

Perry Bacon Jr.: One view of what happened last month is that Kentucky Republicans won every race except for the governor’s race and that loss was largely just because Bevin was so unpopular. In this view, Andy Beshear was standing there and was not Bevin, so he won. I’m sure you don’t think of the race that way. So, what are some of the things that you think that your campaign did (as opposed to Bevin’s foibles) that led to the victory?
Eric Hyers: Certainly Bevin did himself no favors. But that doesn’t change the fact that Trump had one of his highest margins of victory [in Kentucky], winning by 30%. The idea that all Andy Beshear had to do was just be a name on the ballot besides Bevin’s is just wrong. Andy Beshear won because he stayed focused on a compelling message that mattered to people’s lives, and he showed up all over the state, both in person and with a strong ground game that delivered that message directly to people in their communities.

‘Strong ground game’ is one of those things that political strategists say, and I’m not sure that people know exactly what that means. Tell me a little bit more about what you mean.
I normally roll my eyes when people say ‘ground game.’ Let’s break this down a little. What maybe hasn’t been focused on enough is how we showed up everywhere, and that helped improve the margins even in communities that we were going to lose by a lot … [We] went to towns that hadn’t seen a Democratic campaign knock on their doors in a generation. And the showing up sent a message that those communities mattered. This is reflected in the margins in many counties in Southeast Kentucky — Clay, Pulaski, Laurel, Clinton, etc. Counties we lost by like 40%, but we still out-performed previous gubernatorial campaigns and, in most cases, out-performed or matched Andy Beshear’s numbers in 2015, out-performed Hillary Clinton dramatically. For example: Perry County. Clinton got 21%, Jack Conway (the Democratic gubernatorial candidate in 2015) got 36%, Andy got 45%

And here is how we made the happen: Our operation prioritized, above all else, maximizing the number of high-quality conversations with voters; the program was always judged solely by  this metric. Nothing else mattered. Too many campaigns focus on so many other things besides the most important thing: the number of high-quality conversations you are having with voters.

I thought the abortion issue would really hurt you. Based on how he campaigned, Bevin did too. Do you think that the abortion issue is overstated in terms of its importance in red states, you somehow neutralized it or something else?
We dealt with this issue the way pro-choice Democrats in tough states should replicate. While Andy never shied away from being pro-choice, we ran on jobs, healthcare, education and pensions. And by focusing on voters’ most pressing anxieties, they believe that you understand what they’re going through, and they will be more willing to disregard a potential disagreement on another issue. …The feedback we got constantly from folks who didn’t agree with Andy’s position was that they appreciated and respected that he had the guts to tell them what he believed and took the time to explain his position.

The teachers were really out in force for Beshear. Was that something totally unique to this campaign, or are teachers kind of a bloc that maybe Democrats have under-organized in the past?
Certainly, Matt Bevin disrespected and demeaned public educators more than we’ve ever seen before. He brought a level of vitriol towards teachers that you normally don’t see from a sitting governor, and Kentucky teachers we’re fired up to do everything they possibly could to beat him.

At the same time, if you look at the reaction to Betsy Devos, look at the election of a Democratic governor in Kansas, it is clear that Democrats should recognize that education is an issue on which the overwhelming majority of people agree with us, and we should run on this issue everywhere. Especially with the trends we are seeing in the suburbs.

OK. So we are in the midst of this national debate about whether the Democratic presidential candidate should push for big change (Bernie Sanders, Elizabeth Warren) or be more incremental in terms of policy (Joe Biden, Pete Buttigieg.) And I think Bevin is correctly described as being Trump-like. Is there anything the Beshear-Bevin race says about that national conversation, either terms of how Dems should run or the best way to take on a conservative in the Bevin/Trump mold? And if the answer is that this race says very little about that national conversation (it was a local race shaped by local dynamics) that is interesting too.
Voters want someone who they trust is on their side and cares about them and the issues they are struggling with. You can be on either side of the big/incremental debate and still get those voters. That is what Andy Beshear did so well-he stayed hyper-relevant and convinced voters he cared about them

Finally, We have a Senate race here in Kentucky next year, probably the most-watched one in the country. Is there anything that Andy did that is relevant for that race?
1) hammer healthcare and public education