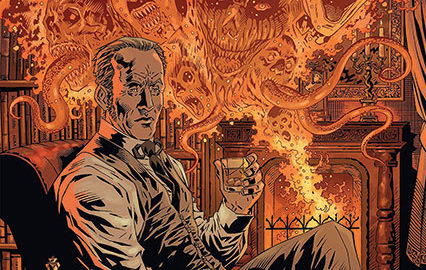 Writers Aaron Mahnke and Delilah Dawson
Artist Piotr Kowalski
Review by Ashley Cornell, The Great Escape Louisville
Set against the grim backdrop of the English countryside, “Wellington” is a traditional Gothic horror, a fictionalized account of the Duke of Wellington’s secret past as a monster hunter. Now elderly and alone, he is out to set the record straight and requests that a journalist listen to his own account of his fight against evil.

Arthur Wellington is asked to come investigate a series of strange happenings surrounding an old manor home. A child is missing and there’s a spectral dog and an arcane murder. What secrets do the rolling hills of the Yorkshire Dales hold for this celebrated war hero?

Aaron Mahnke (“Lore”) and Delilah Dawson (“Star Wars: Phasma”) bring to the world of comics Mahnke’s particular brand of storytelling. His specialization of combining the historical with the supernatural lends itself well to the medium. Being able to use visual details showcasing the historical backdrop means there isn’t need for exposition, and instead the focus can be on the story.

Combining the aesthetics of “Wuthering Heights” and the Winchester brothers, “Wellington” is a great read for old and new fans of Mahnke. 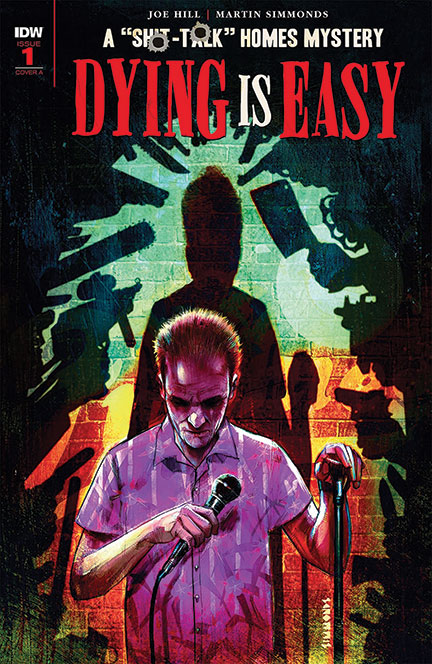 Writer Joe Hill and artist Martin Simmonds
Review by David Williams, The Great Escape Louisville
Right away, “Dying Is Easy” proudly displays its crassly bleak sense of humor in an opening monologue from our would-be hero Syd “Shit-Talk” Homes, an ex-cop turned comedian with a violent and mysterious past. Between the lush, neon, oil spill qualities of the story art and some quality Jay Leno bashing, the hazy, late-‘90s setting helps flesh out just how grim and grimy you can expect “Dying Is Easy” to get.

At one point “Friends” was the highest-rated sitcom on television — can you believe that? What a nightmare!

“Dying is Easy” goes further to check off some must haves every sleazy anti-hero like Syd needs including a hot, goth love interest with a nose stud and a back alley brawl with a rival comic that ends in someone getting puked on.