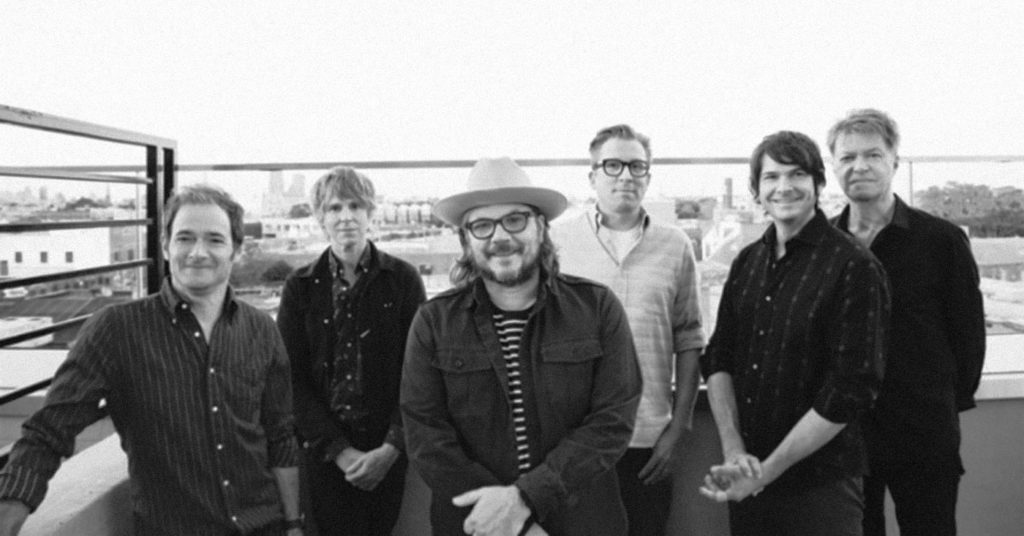 Not surprisingly, intricate melodies and thought-provoking lyrics fill Wilco’s latest release, Ode to Joy. The new LP arrives 25 years into the band’s career and still manages to match the subtle beauty and understated virtuosity that any of its predecessors contained. Besides Jeff Tweedy, the group’s steadfast bassist John Stirratt is the only other current member of Wilco who has participated in every recording since the original lineup was famously salvaged from Uncle Tupelo in 1994. We recently caught up with Stirratt by phone to discuss the new album, his affinity for ‘60s pop and the current tour that lands his acclaimed ensemble at The Louisville Palace on Nov. 13.

LEO: I think what our readers most want to know is, do you still have the old Galaxie convertible with factory air conditioning?
John Stirratt: [Laughs] Unfortunately, I decided to let go of the old cars when I was living in Chicago, because I just didn’t have the garage space. I saw a Ranchero the other day, and it made me think of [former Wilco guitarist] Jay Bennett because he and his dad were always tinkering with Fords. In fact, I actually sold him a Falcon at one point. Anyway, I wish I had all those cars now, and I’m sure my daughter does, too.

Since they already had a bass player named Jeff Tweedy, how did you end up in Uncle Tupelo’s final lineup that would ultimately morph into Wilco?
The short version of the story is that, while my sister Laurie and I were at Ole Miss, we had a band called The Hilltops that opened some shows for Uncle Tupelo. Later, Jeff invited me to go along on their first European tour, as a guitar tech, when Brian Henneman had to back out. Since Jeff was in the process of transitioning over to guitar anyway, that led to me playing bass on the final record, Anodyne, and to me touring with them until the end.

Is it accurate to say that it was you, rather than Jay Bennett, who brought all the ‘60s pop influences to the foreground following A.M.?
It was a special time for us because we were all picking up so much stuff from one another, but Jay’s knowledge was surprisingly limited when it came to ‘60s music. He liked power pop and was crazy about Elvis Costello, but he hadn’t had any exposure to The Zombies or Left Banke. The sound that came through on Being There and Summerteeth probably did result from us listening to things like [The Zombies’ 1968 album] Odessey And Oracle together during the A.M. tour.

On a related note, were there any specific bass players who you looked to for example when you were growing up?
I’d say that Wings-era McCartney and Dave Hood’s work for Muscle Shoals [Sound Studio] were probably the things that most inspired me.

Back in the days when there was only one Wilco tour bus, there used to be an old school typewriter on board so that anyone in the band could bang out an odd phrase or obscure thought that may or may not end up as a song lyric. Is that something you still do?
Wow. That’s going way back. We did that on a couple of tours, early on, sort of like an exquisite corpse exercise, and the resulting prose is probably somewhere in the archives. I think we may have gotten a phrase or two that way for ‘She’s A Jar,’ but most of it wasn’t ever meant for public consumption.

Is there anything in particular about the new record that makes it stand out to you?
Yeah. I think that this one benefits from the fact that Jeff is more confident and direct as a lyricist than he’s ever been before.

One of the singles from Ode To Joy, ’Everyone Hides,’ has a hilarious, companion video. What is the story behind that one?
Jeff came up with the basic concept for it. Once we were able to secure access to Wrigley Field and Marina Towers, we knew that the shoot was going to be a lot of fun.

With material that now spans 25 years, how do you approach set lists these days?
They are always shaped by our latest batch of songs and then, obviously, we try to see which parts of our older catalogue will pair best with the newer stuff. When you think about it, we are at a similar point, time-wise, in our career as The Rolling Stones were during their Steel Wheels tour. There’s no way I would have been happy, as a teenager in the audience, to only be hearing songs from their current album at the time, even though that’s probably the material that was most interesting to those guys in that moment. •