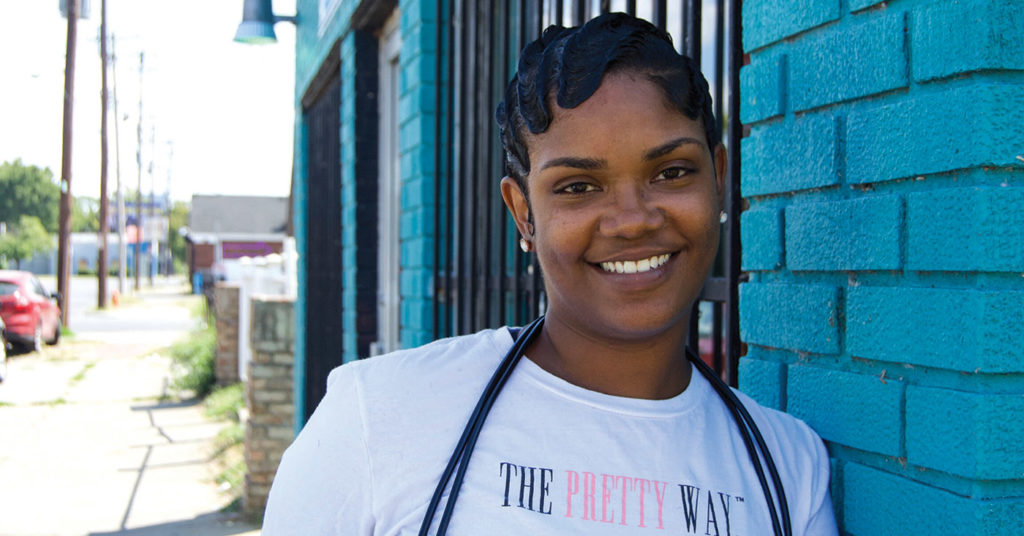 “I have basically been here all my life. I lived in the East End once, but we came back here. My mama loves The West End. It was pretty cool, growing up. It’s not about where you live but how you live. My mama didn’t let us run the streets. What people say they see, I don’t really see. It’s about how you run your environment. With my kids, I don’t let them run the streets. It’s pretty cool to me. If you don’t bother anybody, they won’t bother us.

We need more people to come together. We need a place for the kids to be active. We got the Boys & Girls Club, but it ain’t how it used to be. I would like to see The West End more healthy. We need more healthy food spots because they keep giving us all this bad stuff. I’m the go-to healthy person.

I like to promote good health and that’s physical, mental and financial health. I’m all about bringing black people in The West End to be more in tune with their spiritual health. We need healthy relationships within families. We just need to be healthy.

People look at mental health and automatically think that someone is crazy. Everybody can see a counselor. Black people can see a therapist! We need somebody to talk to, as well. We all need to be able to vent without talking to someone that will judge them because a lot of people feel like the people they’re around will judge them. They’ll just keep a lot of stuff in, and that can make a person go crazy.

I’m more spiritual than religious. I don’t want to put God and religion together because I feel like everyone has their own outlook. Everybody needs a connection with God, outside of religion. Even if you pray every day, that helps — that mentally helps. I’m not going to put everything on the church. I understand that some people do need the church to go to because if they didn’t have the church, they wouldn’t do what they do. They need a sanctuary, but everybody doesn’t need one. Some people can be in the comfort of their own homes and still have a relationship with God. I just don’t feel like you have to be this religious person that goes to church every Sunday and pay your tithes. You don’t have to do that to be in tune with God.

Growing up, I wasn’t always the best kid. I lost my kids because my son was taking after me and his daddy. I was doing things, of course, because I was around his daddy. So, it wasn’t like I was a bad person. I just met a guy, and we’re being kids, but my son took after us. He was coming up and doing things, and at one point I lost focus, and I gave him a whooping because he did something really bad. I got my kids taken away and I had to overcome that because I was just out here and I didn’t have any other reason to be out here without my kids. I had to get them back, and I did everything I was supposed to do. I overcame it and got them back and they’re not going anywhere else.

In that process, I had to take care of my mental health. I had to get more in tune with myself. I started seeing a counselor and I realized that it wasn’t as bad as everyone thought it was. It was what I needed. Everything that I been through got me where I am today, and I feel like I’m on a good and healthy path. 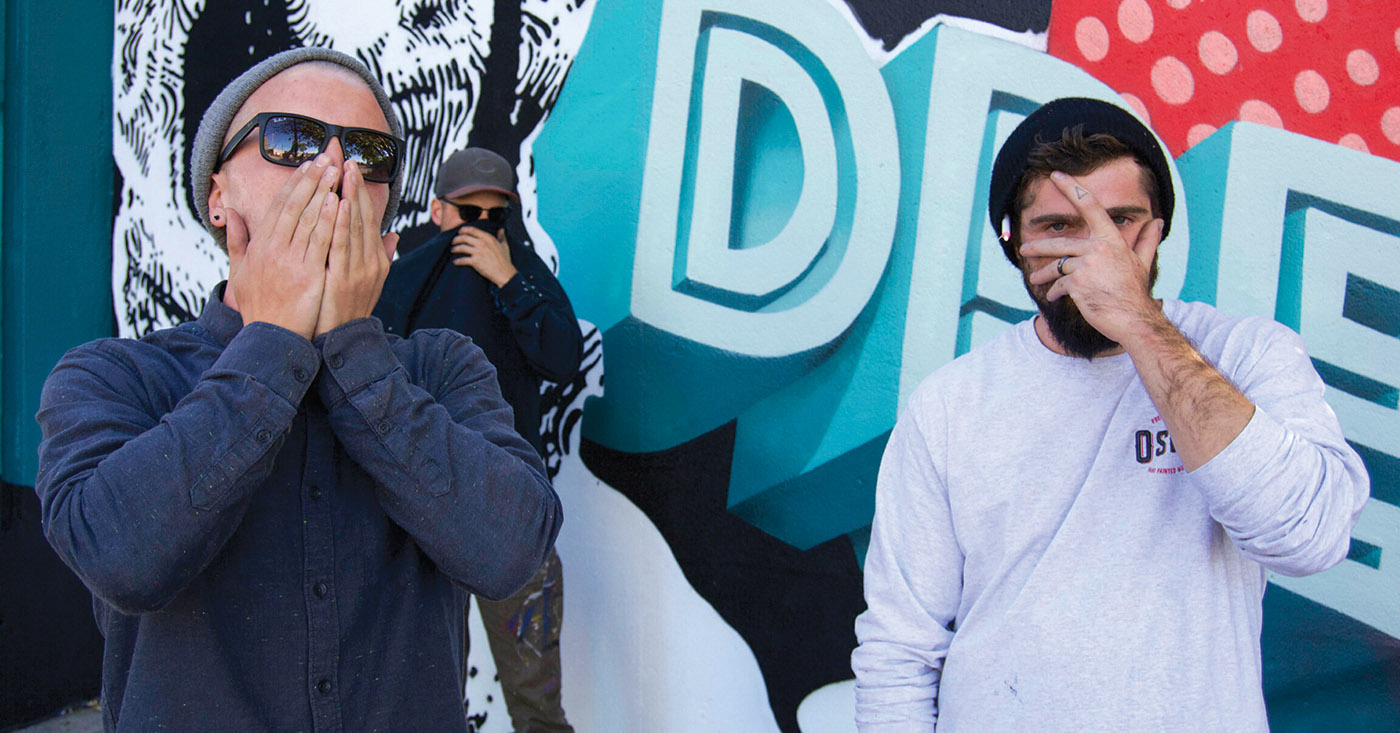 We wanted to depict the old school side over here with these two influential people from Russell. We have a streetcar, from the early 1900s, that they quit running in Louisville in the ‘40s. We just went with a historic vibe with the gold and the fleur de lis and gave it a more classic feel.

On this side, we went with a real progressive feel with a more contemporary and new-age vibe. We want to honor the pioneers on one side but give inspiration on the other. We went with a quote that says, ‘The future belongs to those who believe in the beauty of their dreams.’ We put a bunch of kids in grown-up job outfits. There are kids with astronaut and scientist outfits on. You know, you want to grow up and be so much. When you’re growing up, we want people to keep following their dreams and not give up.

We started this six days ago, and interacting with the community has been sick. Everybody’s been really receptive. The business owners around here have been giving us water for our supplies. All the youngsters are getting photos in front of it, but everyone’s been receptive, and there’s been zero negativity.

We learned this craft through the streets by painting graffiti. That was a big challenge. We’ve been to jail for doing this shit. We had to pay for doing this shit, instead of getting paid to do it. That took a decade plus of learning. In the meantime, we were working normal jobs, too, and that’s a struggle. For creatives, it’s tough being pent up in the office, doing something that you don’t want to be doing. We even took a little bit of a hit in money to be able to pursue this. We’re only three years into this, and our business isn’t quite where we want it, so that’s been a bit of a struggle. The struggle provides something good. It’s good to grit your teeth and chase that shit.

We have big goals, and we’re not going to let shit get in our way. This mural is a step in the right direction for us, for Louisville and the program that they have going on. But our goals are much bigger. We’re just hungry. Painting in this fashion is addicting. We want to be bigger and better.

I had people in my life tell me that I could be anything that I wanted to be. It’s tough to believe it, but you really can be whatever you want in this world. You just have to chase it and put in the time. You can be and do whatever you want.” •

The photography blog westofninth.com, by Russell residents Walt and Shae Smith, focuses on all of West Louisville’s nine neighborhoods.