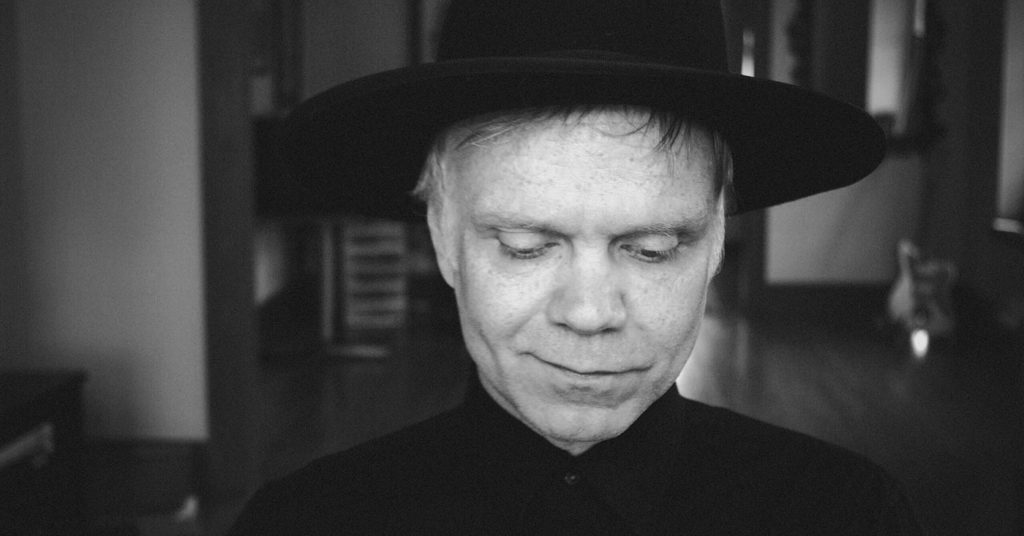 Duncan Barlow has left an indelible impact on the Louisville music scene as a member of seminal acts including Endpoint, Guilt and By the Grace of God. Around 20 years ago, Barlow left Louisville behind to pursue his profession as an educator and writer. He has spent the interim decades writing and releasing books, while continuing to create music, both solo and collaboratively. His newest album, Colony Collapse, deals with depression and grief through an uncharacteristically optimistic lens. “It sort of attempts to straddle the line between a wry take on a breakup and sort of sadness that comes with that,” Barlow said. “Again, there are certainly a couple of songs that are serious, but there’s also some that are pretty tongue-in-cheek.” We asked Barlow to break down each track from the album. Here is what he said.

“The record was recorded in a very short period of time, but a couple of the songs are a little older. This is one that was a bit older. I don’t write a lot of uplifting songs. It was meant as a kind of, I don’t know, an attempt at that. And I think I was feeling optimistic around the time that I wrote it.”

‘Love Me The Way You Do’

“Honestly, if we were to do the chronology of how this sort of narrative played out, the winter was certainly before the spring — it was a very dark winter. I tried to sort of plot it like the trajectory of a relationship. The beginning, then things start getting a little complicated or you start having problems, the big funny song at the end, and right after that, the reality hits and it’s sort of a very lonesome song.”

“That one is kind of about, when you’re alone with the sort of realization that something is happening, that things are about to collapse. In my case, it was sort of like the idea that I have Ménière’s disease, so sometimes if stress or something can affect it and kick it up — the light in the day is unbearable. In my head, there is this character in this house, and there is this distant, like haunting, person in the house with him, and he’s just noticing how cruel nature is and everything in the world is just sort of unbearable, because he’s sick and kind of dealing with these things. In the end, the humor of it is ‘it’s just my luck.’”

‘She Came To Leave’

“After a breakup, a person is always anxious about what their ex is up to. And if their ex is the person who left the relationship, a lot of the times they’re ready to just find new things. If they distract themselves, they don’t have to think about reality and how much they might have cared about someone. So, it’s sort of a character who has gone through a break up, and knows what his ex is doing, but also being like, ‘Hey, slow down, sit with this, heal.’ The ‘she’ in that is not doing that. She’s just kind of like a shark in water moving forward.”

‘Of Want and Mystery’

“It’s that moment where you realize that the character sort of realizes — I think of these as characters — so the character sort of realizes that maybe this was the best, that maybe there wasn’t a lot of love happening, that things had gotten bad between them because they were fighting and such. I wanted it to kind of have a spooky feel to it, to kind of being in the dark in the house — it’s very quiet. I wanted to have a driving bassline. There are actually two basslines on there: one is mine that is sort of a down scale, and Jason [Loewenstein] did a bassline on top of it. And it has that organ too. It sounds huge when it comes on.”

“My good friend Jamie and his daughter sang backups on that with some other people. Jamie had been in D. Biddle for a while early on. His daughter was amazing. They were there, and we just had a great time. It was her first time in the studio. Very shortly after that, she was diagnosed with a very aggressive brain cancer. She was 17. Within a year, she was gone. When I hear that song anymore, all I can imagine is her singing it, her and her dad, and it’s a very different song for me now. Because of the content, everything is temporary, but love it anyway.”

“It was a very cold winter in Denver, where I was living for a very brief moment again. It was a very bad time. I quit my job in Florida to go to Denver and play music and get another career. I was going through a really ugly situation with someone very close to me, and it just felt like a lot of things were just lining up, and it just felt like there was no… I couldn’t breathe. It was the darkest I’d ever felt. …So for me, it could be seen as uplifting. The old cliché, it’s always darkest before dawn.” •

Colony Collapse was released Nov. 1 and is digitally available on iTunes, Spotify and Soundcloud. Vinyl copies can be ordered through duncanbbarlow.com.