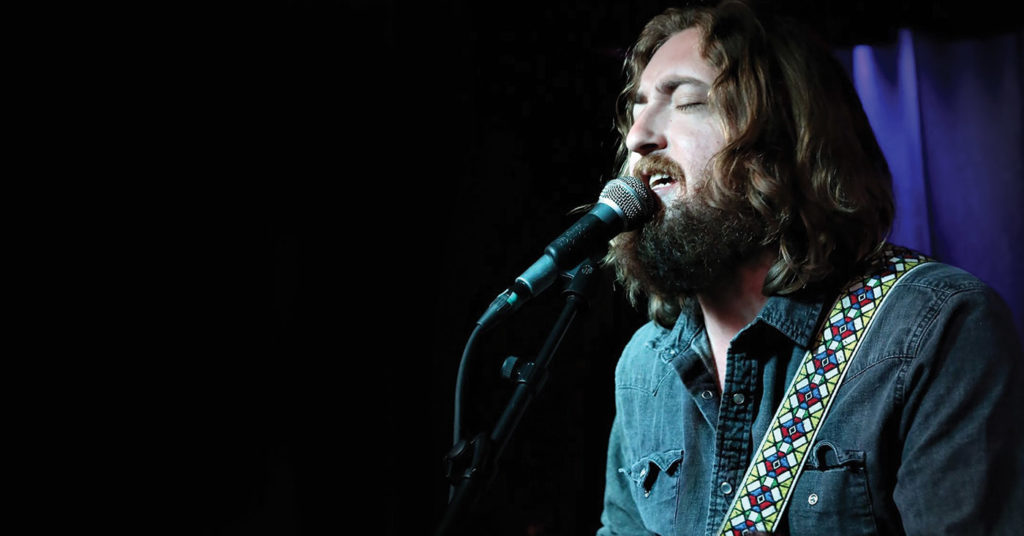 On his new EP, Nick Dittmeier juxtaposes an elite, private college and a death row prison that sit about 10 miles from one another. The song is called “Leaving Terre Haute” and, in the same sentence, Dittmeier name drops the Western Indiana city’s prestigious Rose-Hulman Institute of Technology and its Federal Correctional Complex, the place where Timothy McVeigh was put to death by lethal injection. The song threads together a few different people, places and stories, using stark lyrics and vibrant imagery to drive his concept.

“It’s kind of about contradictions,” Dittmeier said. “There are kind of these weird intersecting things.”

The four-song EP, titled Companion, is set to drop this Friday. A month after he released his last full-length, the hook-heavy alt-country album All Damn Day, Dittmeier began to record Companion. That was last winter, when he decided that instead of holding onto a couple of newly-written songs — and waiting until he had enough material for another full-length — he would immediately get back into the studio. What emerged was something sonically different. Where All Damn Day featured shiny melodies and big choruses, the production on Companion is darker and more atmospheric, closer to Sturgill Simpson than Turnpike Troubadours. The best example of that is “Take It Slow,” a murky, patient and experimental song that registers pretty far from anything else he has created. But, it’s not all that surprising, since Dittmeier is always slightly tweaking his roots-rock sound.

“…and not just for the sake of being weird or doing something that I haven’t done just to do it, but because I felt that these songs lent themselves to that space to do something different,” he said.

What’s consistent throughout Dittmeier’s discography is the attention he pays to desperate characters and the less glorified, sometimes mundane, yet also lyrically rich aspects of life. He mines tense situations and fading dreams to evoke forgotten people and their uphill battles. And while the textures and tones of his music might change, his dedication to the gritty and messy side of life is always there. And that mindset is the connective tissue that’s shared among a lot of impactful country music.

“Honestly, I would say that a lot of people are underrepresented within entertainment and media,” Dittmeier said. “And I don’t know that that’s accurate to the people that I associate with and the people that I know and the stories that I sometimes hear.”  •