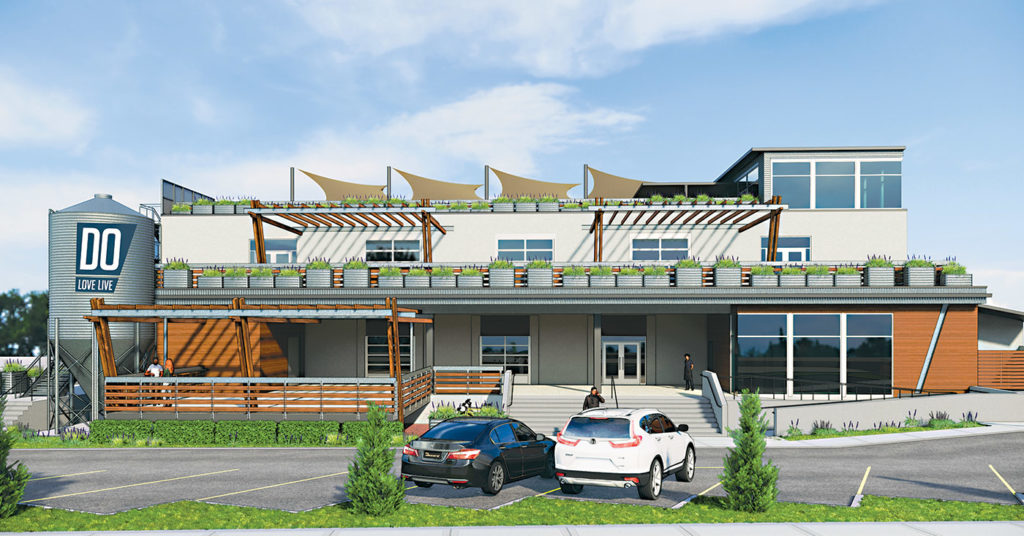 Of the roughly 7,400 breweries in the U.S., about 90% of them were started by homebrewers, according to the American Homebrewers Association. In other words, nine out of 10 breweries were birthed by closet alchemists who were passionate about creating beer. Do/Love/Live Taproom & Brewery, however, is among the 10% that were spawned in a different way. Four guys (albeit, impressive guys), who are entrepreneurs, military veterans and skilled nonprofit consultants — but not professional brewers or homebrewers of note — decided they wanted to start a brewery. D/L/L is set to open at 1016 E. Washington St., in Butchertown in the spring of 2020 in the former Dryden Provision building. With plans for a beer garden, rooftop deck and “multiple casual food concepts,” this is one of the most ambitious brewery projects in the state. But in the months since its announcement in June, it didn’t have a brewer. We admit: We were nervous. However, after talking to newly appointed head brewer, Larry Horwitz, we’ve decided… if this guy can’t make good beer, he’s been fooling a lot of people for a long time. 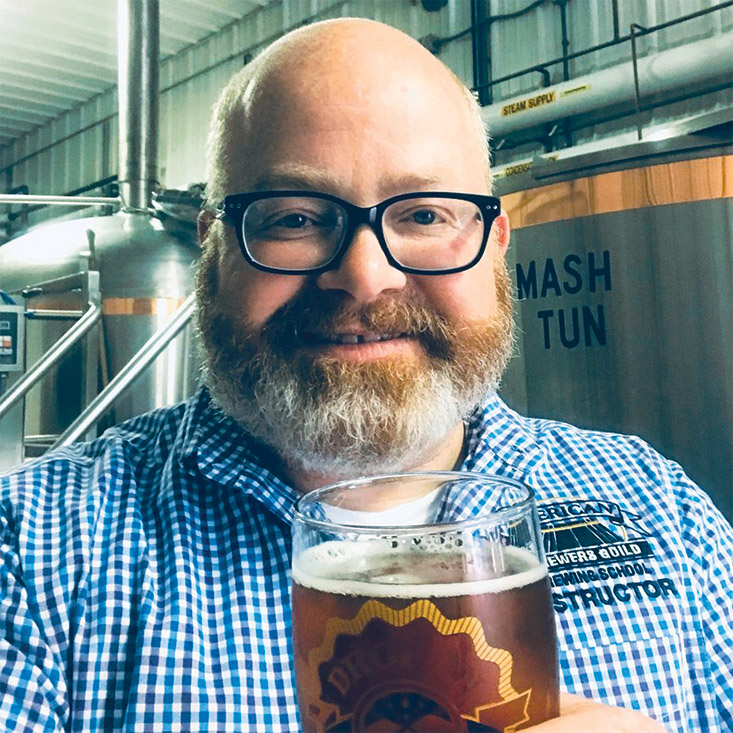 Horwitz, 48, didn’t start as a homebrewer. After some 26 years in hospitality management, he started his beer education in a brewery and learned from there. He studied Brewing Science and Engineering at Master Brewers Association of the Americas and the American Brewers Guild, for which he is also an instructor. Alongside John Mallett of Bell’s Brewery, he co-chairs the Technical Committee of the Brewers Association (a position previously held by the venerable Ken Grossman of Sierra Nevada Brewing Co.). He has taught beer judge certification classes to homebrew clubs. He has consulted with breweries throughout his career. And, he and his brewing teams have earned more than 21 medals at the Great American Beer Festival and World Beer Cup competitions.

This time last year, Horwitz was running a brewery in Columbus, Ohio. One of the people he teaches with at the American Brewers Guild is Peter Hoey, co-founder of Urban Roots Brewing in Sacramento. Hoey is friends with Dave Childress, co-founder of Common Space Brewery in Sacramento. Childress is one of the four founding partners of D/L/L (and probably related to Kevin Bacon). We love the interconnectedness of the brewing community!

D/L/L was looking for someone to take the brewery project to the next phase and Horwitz brings brewing experience and brewery business experience. In fact, at least 30 minutes of the hour we chatted was spent geeking out about our mutual passion for hiring strategy, how to foster — and measure — employee engagement, creating a safety culture, etc. (Whitney is a Human Resources consultant by day).

Beer Me!: What attracted you to D/L/L?
Larry Horwitz: A brewery project with a philanthropic mission, started by four smart guys, who are well-funded and well-organized, in a town that has a burgeoning craft beer scene. When we opened our brewery in Columbus in 2012, there were seven or eight breweries in operation and now there are 55. I see Louisville being on a similar trajectory over the next five years. There are six breweries under construction within a mile of the D/L/L site, and I think that’s just awesome!”

What kind of beers do you expect to brew?
The team is wide open about what we can do in the product lineup. For any business to be sustainable, they need go-tos. Google has a 70/20/10 rule: Seventy percent should be things that are your main business and people can count on, 20% should be new and innovative, 10% should be wild and crazy shoot-for-the-moon stuff. We’re going to have a five-barrel pilot brewery so that we can experiment with new ingredients and make one-off stuff that’s low risk.”

Speaking of experimentation, what are your thoughts on crazy vs. classic beer styles?
I come from a traditional, continental lager brewing background. It’s more difficult to hide flaws in lighter lager styles, and I’ve spent a lot of time building my skill set to do that well. I’m happy to see a resurgence of interest in lager beers — the kind of beers your grandpa used to drink. There are a whole lot of people who want to drink beer made locally and with passion who aren’t necessarily into some of the crazier craft beer flavor profiles, and we want to give them a reason to drink local. We plan to brew a ‘Butchertown lager’ that fits that bill.

‘Scalp collectors’ [those of us who strive to log as many different unique beers on Untappd.com as possible, often at the expense of revisiting beers more than once] are raving fans, and they, as much as anyone else, are responsible for the fact that I still have a job making craft beer. It’s natural to gravitate toward what’s new, but you will do yourself a disservice if while you’re there, you don’t ask the brewer what beer they’re most proud of. Look to see what the staff is drinking — they know what’s fresh, and they know what’s about to run out. We can’t be all things to all people, but we can be a lot to a lot of people. Customers will vote with their wallets. And we will have the right kind of equipment and enough of it to have a portfolio that includes sours, wild beers, lagers, ales and potentially even ciders or hard seltzers. Maybe even craft soda.

Part of D/L/L’s mission/vision is about diversity and inclusion. What do you mean by being ‘inclusive,’ in a broader sense?
The diversity of people in the building adds value to the organization. … We need to be socially enlightened and environmentally conscious. And we’re in the perfect spot. Butchertown feels like it’s modernizing in a way that is more inclusive. •