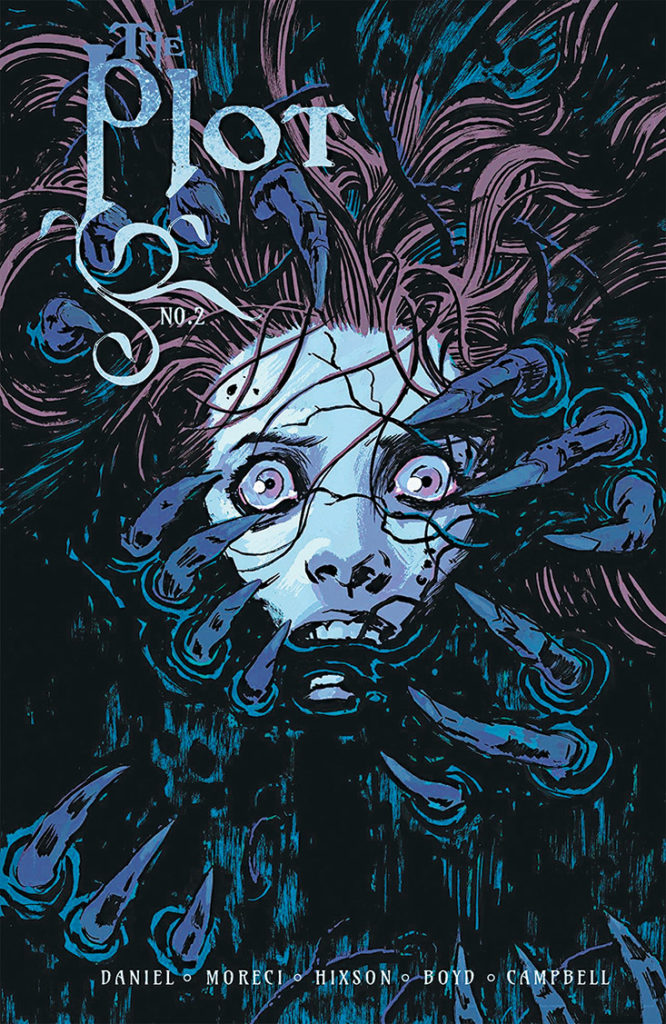 Chase Blaine’s estranged brother and sister-in-law, both successful business people, are brutally and mysteriously murdered. This leaves Chase as the guardian for his niece, Mackenzie, and nephew, Zach. In an attempt to build some form of stability during a crisis, he decides to move the three of them into the Blaine ancestral home. But the gloomy bogs of Cape Augustus will not leave the children alone.

“The Plot” is the story of a down-on-his-luck bachelor trying to be a father figure and two children learning to live a completely different life. Chase wants nothing more than to ignore the shadows that follow their family, while his niece Mackenzie wants answers. Issue No. 2 introduces Reese, an old family friend who seems to be the only one willing to talk about what the past holds for the Blaine family.

The dark is home to a series of grotesque, swamp-esque undead that follow the children and reach out from the shadows. We must read between the lines to connect these monsters with the arcane secrets hidden behind cracked walls. As Chase uncovers a sudden piece of Blaine family history, it seems like things are about to get even harder for this already suffering family. • 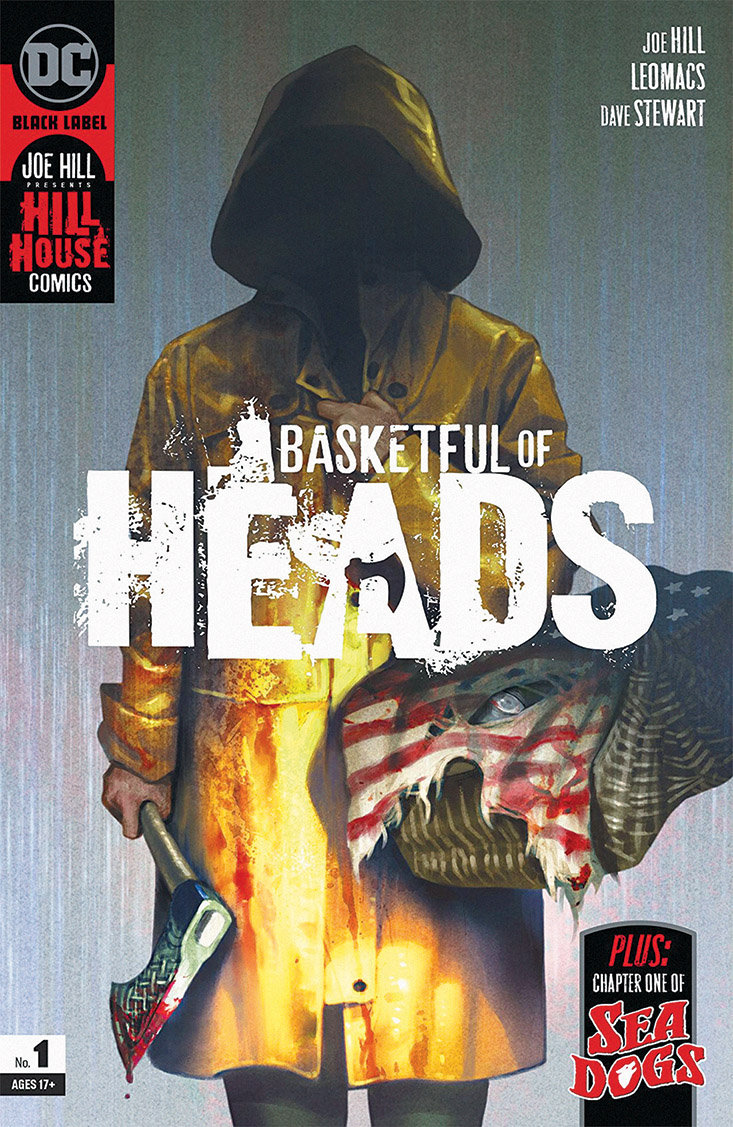 Joe Hill wrote one of the scariest novels I’ve ever read, “Heart-Shaped Box.” Of course, as the son of Stephen King, he’s got the pedigree, so when he and DC Comics teamed up for the Black Label comic line Hill House Comics, I expected to be blown away. And I think I will be. But rather than hitting you upside the head with gore or crazy action, I will let you know that this looks like it will have great setups, that, I’m betting, will have great payoffs in the end.

This first comic, “Basketful of Heads” written by Hill and illustrated by Leomacs, who worked on “Lucifer,” starts with a mysterious scene of a hooded figure on a bridge carrying a basket that seems to have an argument coming from inside. A policeman comes upon the weird scene, and, then, we jump back in time to 1983 and the real beginning of the story.

It takes place in Brody Island, Maine, which made me think of “Jaws.” And it was probably supposed to, because we go to a scene of a young couple lamenting the end of summer as they run into other people from the town on their way to a cook out at the police chief’s house. The whole story seems so un-horror-like for awhile, but then, things come together, and we see where it’s all heading. I can’t wait to read issue No. 2, and that’s where I’ll end my review.

But, this whole line of comics is looking to be amazing. Hill has gathered some of the “freshest and most exciting” talent for his Hill House Comics, so don’t miss out on these chilling stories with both art and writing that hearken back to those old comics like “The Vault of Horror” and “Tales From the Crypt”! •